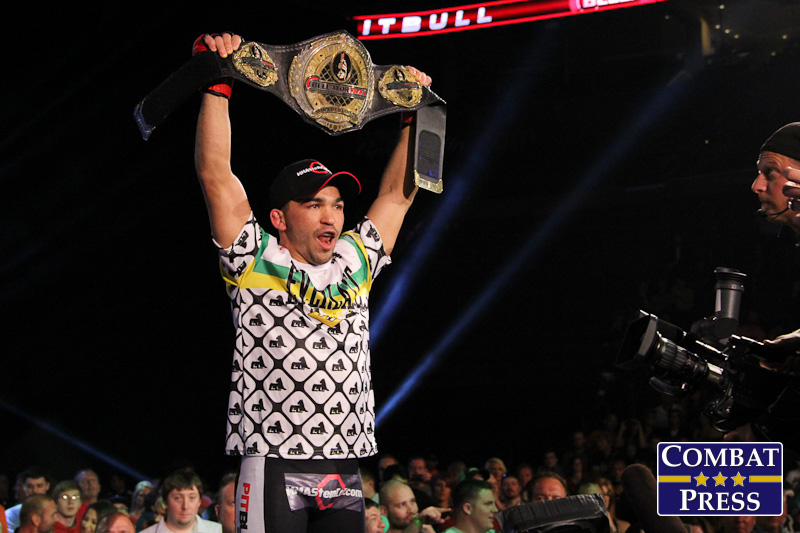 On Saturday, July 14, Bellator MMA hosted its 203rd event from the Foro Italico in Rome, Italy. The event followed Bellator Kickboxing 10 from the same venue.

In the night’s main event, featherweight champion Patricio “Pitbull” Freire took on a familiar face in Daniel Weichel. The pair met previously at Bellator 138, with the Brazilian Freire winning by second-round knockout. Since then, Freire lost, then recaptured the belt in a pair of bouts with Daniel Straus. Weichel, meanwhile, had won four straight to earn another crack at gold.

The event airs on tape-delay via the Paramount Network at 8 p.m. ET.