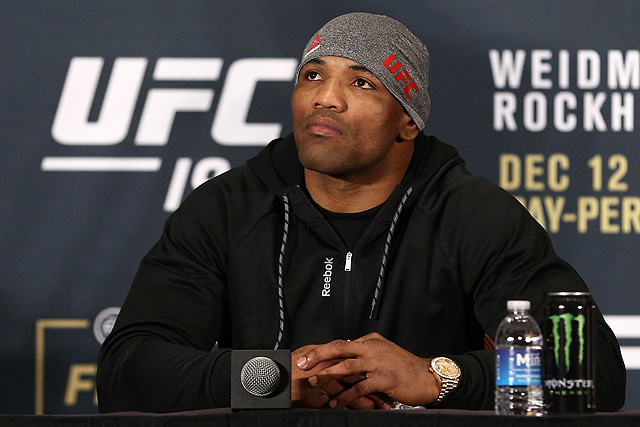 On Saturday, Feb. 10 (in North America), the UFC will host UFC 221: Romero vs. Rockhold from the Perth Arena in Perth, Western Australia, Australia.

In the night’s main event, Olympic wrestling silver medalist Yoel Romero clashes with former middleweight champion Luke Rockhold. The bout was slated to be for the interim middleweight title, but Romero missed weight and only Rockhold will be eligible to claim gold. The Cuban Romero saw an eight-fight Octagon winning streak snapped last July against current titleholder Robert Whittaker. Ten of his 12 career wins have come via knockout. Rockhold, meanwhile, rebounded from losing his title to Michael Bisping at UFC 199 by pounding out David Branch in September. The 33-year-old looks to earn a crack at the aforementioned Whittaker with a victory.

Above is live video of the event’s post-fight press conference which kicks off approximately 30 minutes after the main event between Romero and Rockhold comes to a close (courtesy of the UFC).