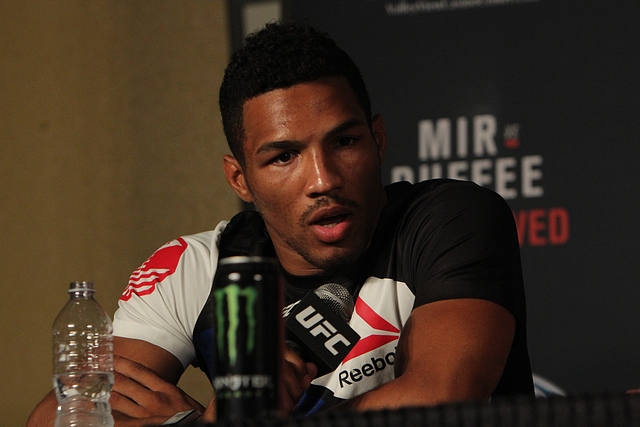 When Will the UFC Add More Weight Classes?

Like any sport, mixed martial arts comes with inherent risks. No matter how many rules there are, fighters will always get injured. When two world-class athletes who have trained for a cage fight collide, broken bones and knockouts can occasionally be expected.

Given the nature of MMA and its associated risks, you would think that the world leader in combat sports, the UFC, would do everything in its power to minimize the risk factor for the fighters.

By no means is this an indictment of the UFC — the company has implemented numerous protocols that have become industry standard — but what is it going to take for the UFC and its president, Dana White, to seriously consider adding some new weight classes? Does someone need to die while trying to cut weight?

Even though these new weight classes are now a viable solution to the weight-cutting horrors we’ve seen, the UFC has yet to give any indication as to if or when it plans on rolling out any of the new classes.

Just this last weekend at UFC 216, Kevin Lee was allowed to cut over 20 pounds in a 24-hour period. Surely there is no “right” way to cut that much weight in such a short period of time. Lee would later say in an interview that he wished the UFC would open a 165-pound division. Certainly, many more fighters would echo that sentiment.

Ever since the Zuffa era ended and the new owners of the UFC, WME-IMG, began calling the shots, it has been all about what can make the most money. This makes sense, of course. After all, they are running a business.

We will see these new weight classes slowly implemented over the next several years. We may see the UFC open the 225-pound division first. It is the most pressing of the four, and the discussion surrounding another weight class in between heavyweight and light heavyweight has been an ongoing issue for years now.

Then, perhaps the UFC could up another new division every six months for the following year and a half.

Yes, White said the UFC will not be adding any new divisions. That doesn’t mean things will never change. Remember, White famously once said the UFC would never promote a women’s fight and then the company promptly signed Ronda Rousey. White might say no to the idea right now, but change will come in time.