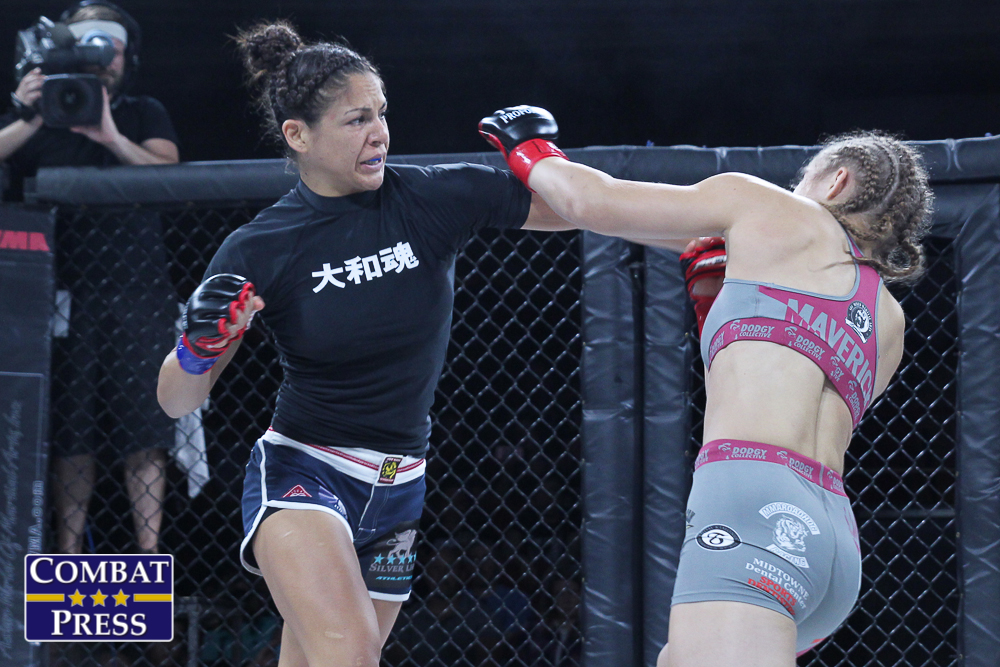 For the 30th installment of the core edition of The Ultimate Fighter reality show, the UFC is returning with a season featuring both men and women. The organization has opted to focus on the men’s heavyweight and women’s flyweight divisions in the hopes of providing an influx of new talent to two divisions that could use some depth.

The coaches will be newly minted rivals. UFC women’s bantamweight champion Julianna Pena will coach opposite Amanda Nunes, whom Pena defeated for the strap. They will fight at the conclusion of the season in an anticipated rematch.

In the meantime, fans can enjoy all of the reality-show antics, drama and fight action on ESPN+. The season debut airs on May 2, and it all leads up to the live finale event at a yet-to-be-announced card.

Let’s look at the women’s flyweight cast of The Ultimate Fighter 30.

Among the most experienced fighters on the cast, with the highest level of competition, Brogan Walker is the clear-cut favorite as of now. She’s a five-time Invicta veteran and holds wins in the organization over UFC vet Miranda Maverick, Cheri Muraski and Emilee King. She’s well-rounded and tough as nails, which will make her a tough matchup for anyone in the field.

When it comes to power and grit, there may not be anyone on the cast with more of those qualities than Helen Peralta. Peralta is a striker and she gets nasty in a hurry. She walks down opponents and looks to take their heads off their shoulders. She’s another multiple-time Invicta veteran, but was also successful in bare-knuckle boxing. She will be looking to add to her highlight reel of fights and knockouts this season.

Kaytlin Neil is the most experienced fighter on this show with her combined pro and amateur experience, but regardless is likely the longshot here. She has not had an easy schedule, but there won’t be many easy fights on this show either. Most of her pro wins came against opponents with losing records, while every time she steps up in competition, she has fallen. She could surprise people this season, but she’s got something to prove.

The Rest of the Field

Chantel Coates is the least experienced pro on the show, but she has shown glimpses of being a solid prospect. She’s a great natural athlete and possesses the type of power than can change a fight in an instant. She could surprise some.

Claire Guthrie is likely one of the bigger flyweights on this season and has some solid credentials. She’s well-rounded, and one of the big feathers in her cap is she owns a win over fellow castmate Juliana Miller.

Hannah Guy was the first replacement on this season and was added to the cast after Melissa Parker was removed from the cast for an unknown reason. Guy is best known for her win over Bellator star Valerie Loureda. She’s a strong grappler with a lot of heart and grit.

Juliana Miller is an excellent grappler with a lot of experience in pro grappling and some solid MMA experience. Given her size, she’s very strong and is likely a woman on this cast that people will be hesitant to engage on the ground with.

Kathryn Paprocki returns to the outskirts of the UFC for the first time since her 2021 Contender Series bout with Maria Silva, where she was defeated on late notice. She gave a valiant effort in that bout, which is why the UFC probably extended her an invite to this season of TUF.