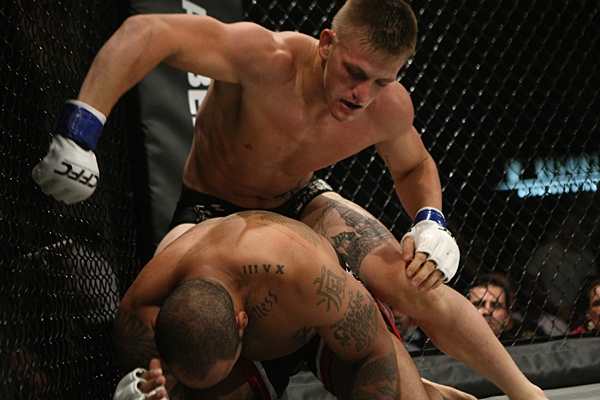 The promotion’s seventh event featured a light heavyweight showdown between The Ultimate Fighter 19 cast member Anton Berzin and 25-year-old Texan Kennedy Nzechukwu. Berzin captured the vacant CFFC light heavyweight title when he knocked out fellow Contender Series participant Jamelle Jones at CFFC 65 in May. Nzechukwu was undefeated in his pro career with victories over Thai Walwyn and Matt Foster.