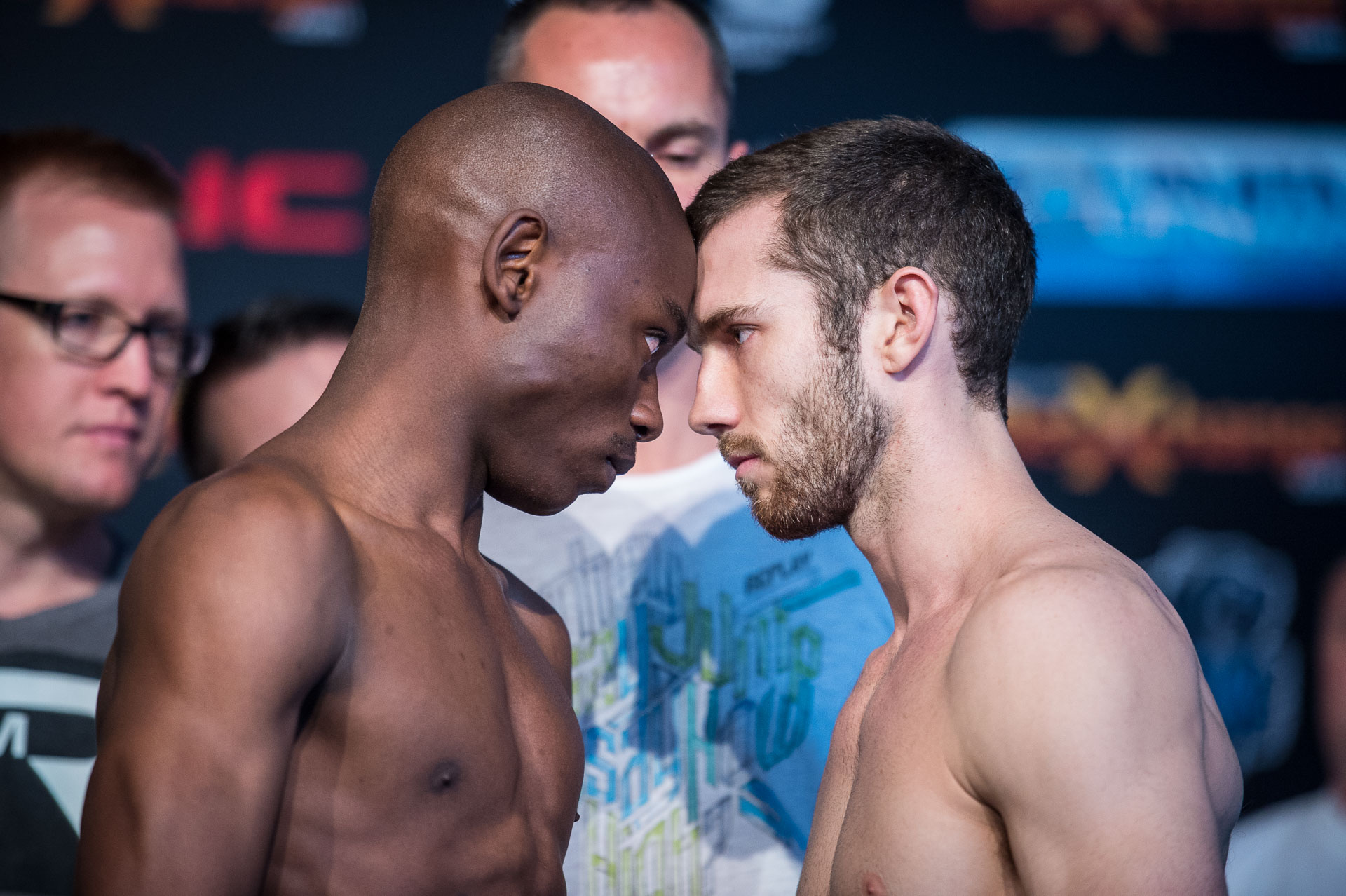 In the night’s main event, the promotion will crown its inaugural flyweight champion as former bantamweight champion Nkazimulo Zulu remtaches Craig Ninow. In the pair’s previous meeting at EFC 24, Zulu won via unanimous decision. Since then, Zulu has won two of three, including a decision win over Francois Groenewald in his last EFC appearance. Ninow rebounded from the loss to reel off three straight wins, also topping Groenewald by decision in his last outing.

EFC 43 kicks off Thursday with the preliminary card at 16:15 CAT.

Above is footage of the weigh-ins (courtesy of EFC Worldwide), while the results appear below.

* – Singh, Mulumba and Mdlalose were each fined a portion of their fight purse for missing weight