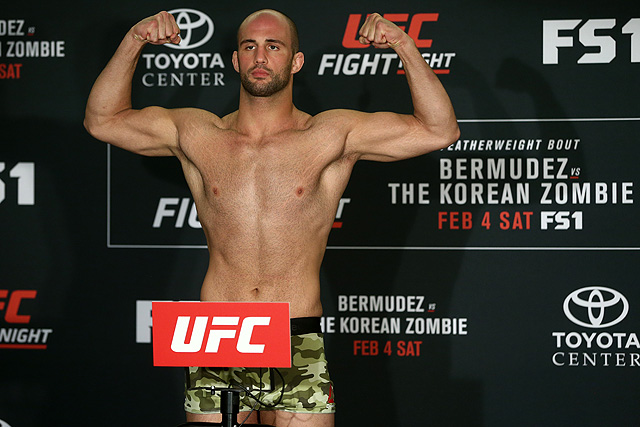 Changing of the Guard: What Is the Future of the Light Heavyweight Division?

For years, the UFC’s light Heavyweight division was under the rule of a young king named Jon “Bones” Jones. Not only was Jones at the top of his game, but he was at the top of the division and the UFC. Everyone knew he had incredible talent and was going to run every challenger out of town. Fans expected Jones to stay at the top forever.

Unfortunately, after several issues involving drunk driving, car accidents and cocaine allegations, as well as getting caught for steroid use, the life of the champion took a crazy nosedive into oblivion. Not only was arguably the best fighter in the world out of the picture, but it created an opportunity for so many other guys to step up and make a name for themselves.

Now, with Jones set to come back in late July, it seems like a title-fight rematch is set between the returning Jones and his nemesis, current champion Daniel Cormier. It’s reportedly going to take place at UFC 214 on July 29 in Houston. Jones won the pair’s first meeting at UFC 182 via unanimous decision. It was incredibly Cormier’s first professional loss. Therefore, with Jones beating Cormier once already, this potential second fight is highly anticipated.

However, it’s also a fight that has been called off multiple times. Both fighters have pulled out of a rematch at least once, which made it seem like it would never materialize. The last time it was called off was for the historic UFC 200 card, when Jones got caught taking steroids and was replaced by Anderson Silva, who faced Cormier in a non-title fight that took place on the main card.

With Cormier and Jones rekindling their rivalry, there appears to be two different classes of light heavyweights right now based on the UFC rankings: the insiders and outsiders.

The insiders are the fighters who have a good chance of getting a title shot, or are only one win away. These would be guys like Alexander Gustafsson, Glover Teixeira, Jimi Manuwa, Mauricio “Shogun” Rua and Volkan Oezdemir. Jones is not listed in the rankings, but his name is also in the “insiders” mix.

The outsiders are those who need to win at least two fights to be considered for a title bid. They include Corey Anderson, Misha Cirkunov, Ovince St. Preux, Ilir Latifi and Antonio Rogerio Nogueira.

So what does all of this spell for the division? Well, the fighters who are on the doorstep of a title shot have mostly been in that position in recent memory. Look at the five “insiders.” Three of them, including Jones, have either held the title or fought for it. Meanwhile, among the “outsiders,” only St. Preux has fought for the belt. It’s more than likely we’ll be seeing a lot of those same “insiders” vying for another crack at the champion.

With Gustafsson’s recent win against fellow contender Teixeira in the former’s home country of Sweden, “The Mauler” could be next in line to face the winner of Cormier and Jones, both of whom he’s faced and lost to in really competitive fights. There’s no reason the UFC wouldn’t want to book another rematch there.

Unfortunately, from the lack of new names ranked in the top five, the odds are we’ll probably see a repeat in the next couple title fights, unless it’s going to be Manuwa or Oezdemir, both fighters who are pretty new to the top five.

In fact, the fight between Cormier and Jones has a backup plan in place, just in case Jones were to find a way to drop out again. Manuwa is fighting on the card, as well, which means he can easily be placed in as Jones’ replacement.

Gustafsson is more deserving of a title shot, especially since he put on great fights with both Cormier and Jones. On the other hand, to Manuwa’s credit, he’s been waiting around for a while to get his shot, and he seems to have a lot of momentum behind him, too. Either way, the light heavyweight title picture probably isn’t going to have any big surprises or new names this year. However, in MMA, you always have to keep an eye out to see who’s coming around the corner to fight for contention.

The next six months will probably be a repeat of the recent past, but anything can happen with injuries and shocking upsets.