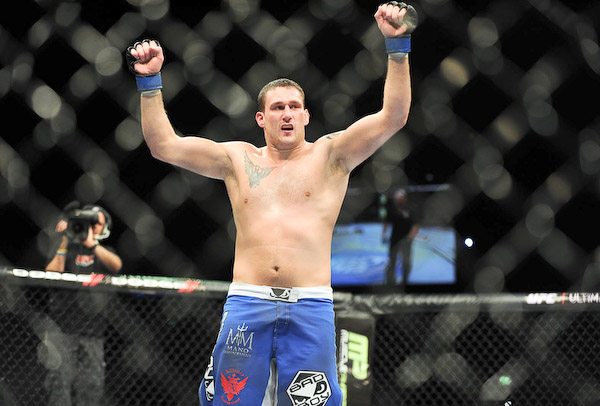 Out of Obscurity: Day of Victory 72, LFA 11 and Combate Americas 14

Day of Victory is on its 72nd event, but it’s OK if you diehard MMA fans out there have never heard of the fight series. RCC Boxing is the promoter, and, as the name would suggest, the organization’s primary focus is on the sweet science. However, this most recent edition features one MMA contest, a heavyweight scrap between Ivan Shtyrkov and Phil De Fries.

Shtyrkov frequents these types of events. His career has been spent competing under the German Titov Boxing Promotions banner in Russia. However, this doesn’t mean he’s been demolishing scrubs. Instead, he’s faced several notable names along the way. After stopping his first five low-level foes since turning pro in mid-2015, “Ural Hulk” encountered UFC veteran Jeff Monson in May 2016. The Russian fighter landed a blow that sent Monson to the mat, where Shtyrkov finished the experienced grappler with an armbar in 31 seconds of the very first round. He topped his next two opponents, including former UFC champ Ricco Rodriguez, via first-round TKO. This led to a November meeting with UFC and Strikeforce vet Antonio “Bigfoot” Silva. The 28-year-old couldn’t stop Bigfoot, but he did earn the victory on the scorecards. In February, Shtyrkov added another UFC veteran, Rodney Wallace, to his list of victims.

De Fries is yet another former UFC fighter to square off with Shtyrkov. The British heavyweight debuted in 2009 and reeled off seven victories, plus one no-contest, over his first eight fights. All of his victories during this streak came by way of submission, and De Fries even took out such notables as Colin Robinson and Stav Economou. The UFC snatched up De Fries in 2011, and he decisioned fellow Brit Rob Broughton in his Octagon debut. However, this is where things turned rocky for the heavyweight. “F-11” suffered a 43-second knockout loss to future UFC champ Stipe Miocic in his sophomore Octagon outing. He rebounded with a victory over Oli Thompson, but then suffered quick first-round defeats against Todd Duffee and Matt Mitrione. This prompted his UFC release. The 31-year-old Alliance MMA member has been a journeyman ever since. His first stop was Japan, where he defeated Strikeforce veteran Brett Rogers and lost to Olympic judoka Satoshi Ishii. De Fries then returned to his homeland, where he has gone 2-1 against varying levels of competition. His most recent loss came via a 61-second technical knockout to a sub-.500 fighter. In his latest outing, De Fries avenged that defeat with a quick TKO of his own.

Shtyrkov’s association with smaller boxing promotions has caused the smallish heavyweight to go overlooked by the MMA world, but the 28-year-old is a legitimate prospect. He’s outworked the likes of Bigfoot and Wallace, and he even stopped Monson and Rodriguez. De Fries, meanwhile, has been a disappointment since his early UFC days. The Brit’s chin is a major weak point, and Shtyrkov has what it takes to drop the UFC vet and add another big name to his tally.

Legacy Fighting Alliance had to do some late shuffling after one of its LFA 11 headliners, Daniel Madrid, was forced to withdraw. The result is a new main event featuring prospects Matthew Frincu and Maycon Mendonça, as well as a new opponent for the undefeated Kyle Stewart, who was initially slated to meet Mendonça. Meanwhile, the promotion has stacked the remainder of the lineup with undefeated up-and-comers, including flyweight Casey Kenney, who meets Bruno Silva at this weekend’s event.

Kenney, an Indiana native, enjoyed an undefeated four-fight run as an amateur before making his pro debut in late 2014. The Rise Combat Sports fighter took victories over sub-.500 fighters in his first two pro outings before stepping up to meet fellow undefeated prospect Victor Rosas under the Tachi Palace Fights banner. Kenney emerged from the fight with a third-round doctor’s stoppage TKO. He tacked on a submission win over Anthony Torres to kick off 2016 and then added a submission finish of Angel Hernandez. His most recent fight, which marked his fourth appearance with Tachi, was a huge step up in competition. Kenney scored a first-round submission win over 29-fight veteran Alvin Cacdac to claim Tachi’s vacant flyweight crown. This weekend’s contest will mark his LFA debut.

Silva will also make his first LFA appearance, but UFC fans might already be familiar with the flyweight from his time on The Ultimate Fighter: Brazil 4. The “Bulldog” entered the reality show after compiling an 8-2 mark on the Brazilian regional circuit. Silva, competing as a bantamweight, won his first TUF fight with a first-round knockout of undefeated fighter Gustavo Sedório. The Team Nogueira export didn’t fare so well in the next round of the tournament, however. He was submitted in just 65 seconds by Dileno Lopes. After his stint on TUF, Silva returned to the 125-pound weight class and edged Matt Betzold for a split decision win. He dropped his most recent fight to Adalto Prado in just seven seconds via knockout.

Silva has had an up-and-down career, but he serves as a strong test for Kenney as the young Arizona-based prospect takes the next step toward the national spotlight. Kenney has a background in judo and wrestling, and he is a proven finisher. Silva can finish fights, too, which provides plenty of potential for this to be one of the most entertaining fights of the night.

Kenney has been a consistent fighter throughout his career, whereas Silva has faced a number of setbacks. With the exception of Silva’s exhibition victory over Sedório, the Brazilian has stumbled against high-level opponents. Don’t be surprised if Silva falters once more when he clashes with Kenney. Kenney should be able to plant Silva on the mat and work toward a submission finish.

This weekend’s offerings also including a fledgling prospect in a headlining spot for a rather high-profile promotion. Combate Americas is back for its 14th offering, appropriately dubbed “Cinco de Mayo.” It looks like the event won’t be available live on UFC Fight Pass, which has been the broadcast home to a number of recent Combate Americas shows, but it will air on ESPN Latin America and Azteca TV and should be available on Fight Pass at a future date. Despite the inclusion of familiar The Ultimate Fighter alums Chris Beal and Joseph Henle, the company has opted to put Jose Estrada’s name on the marquee. Estrada, a veteran of just three pro fights, lines up opposite of fellow lightweight Emilio Chavez, a 21-fight vet.

This is Estrada’s spotlight fight. He has a very experienced rival, but one who is just three fights above the .500 mark. “Froggy” has a small sample size as a pro, but he also has a perfect mark as an amateur. The West Coast Jiu Jitsu MMA export’s ammy debut came in 2012, when he stunned Joseph Wagaman for a 17-second knockout finish. He followed up the highlight-reel performance with three decision victories before going pro in 2016. As a pro, the 26-year-old has returned to the form he showed in his amateur debut. Estrada needed less than two minutes to finish off his pro debut with a knockout of Jonathan Quiroz. His second professional scrap lasted a smidge longer — just over two and a half minutes — before he scored the knockout. Finally, in his third fight, Estrada opted to use his grappling arsenal to get the finish, this time in just over two minutes.

Team Bodyshop MMA’s Chavez has a lengthy record, but he’s struggled to find his groove. The 30-year-old Californian has been competing professionally since 2007. He won his first three fights and four of his first five, but it’s been a roller-coaster ride ever since. He lost four of his next five outings, including a defeat at the hands of future UFC fighter Vinc Pichel. Chavez seemed to right the ship in 2013 when he topped Shad Smith and reeled off six straight wins, including a decision nod over successful veteran competitor Art Arciniega at Bellator 133. However, the success was short-lived. “The Ferocious Aztec” dropped back-to-back fights, including his Combate Americas debut, and then won just once more before losing another two consecutive outings. He enters this affair with just one victory over his last five fights.

Estrada’s still very young in his pro MMA career, so Chavez does serve as a logical opponent. The veteran fighter is a significant jump up from Estrada’s last opponent, who sported a 4-3 record. With 21 fights, Chavez also has more experience than all of Estrada’s opponents combined.

Chavez has been stopped by strikes on one occasion, submitted four times and edged on the scorecards four times. Chavez does have four inches on Estrada, but it won’t matter if “Froggy” lands one of his vicious right hands. Estrada has a ton of power and he doesn’t waste much time putting it to use. He’s not without his weaknesses, however. He does leave his hands low and eats plenty of strikes while pursuing the knockout. Chavez doesn’t exactly overwhelm opponents on the feet, so Estrada can likely take whatever Chavez dishes out.

This should be the toughest test of Estrada’s career, but it’s certainly one he can ace. It might require more than two minutes, but Estrada will find Chavez’s chin with a big right hand for the knockout finish.