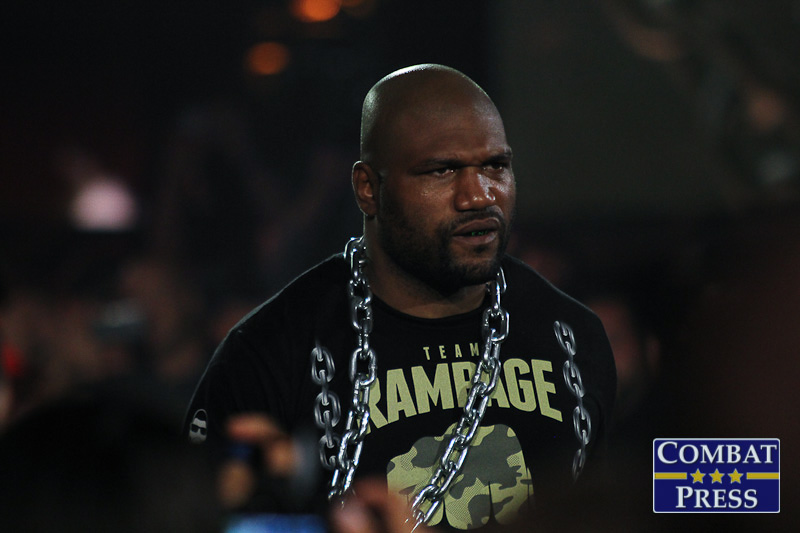 What’s Left For ‘Rampage’ Jackson to Accomplish in His MMA Career?

Whenever fight fans think of mean, aggressive fighters who really like to bring it, there are a select few who have consistently made the cut.

One of them happens to be Quinton “Rampage” Jackson, a veteran of the MMA fight game, who’s more than remembered for his toughness, but also for his one-punch power that puts opponents to sleep. In fact, out of 37 of his pro wins, 16 have come via knockout. He’s also won championships in top-tier organizations.

After feuds with the likes of Rashad Evans, Chuck Liddell and Wanderlei Silva, all of which have basically been squashed, he hasn’t been in the limelight as much recently. One feud he’s been involved in, a Bellator beef with Muhammed “King Mo” Lawal, has revived his career somewhat.

Unfortunately, it doesn’t seem like Rampage is able to put on the same kind of performances against big-name opponents like he was able to do five or 10 years ago. Those days appear to be long gone. It’s not that he doesn’t have the skills to do it, but for a guy pushing 40 whose body is probably pretty beat up, it’s hard to stay motivated.

After three losses in a row in what was the end of his fight contract with the UFC, it didn’t really seem like Rampage had it anymore. His training regimen, apparently, had been lacking. He wasn’t putting in as much work to prepare for fights. Jackson stated in past interviews over the years that he never really enjoyed the training aspect of MMA, so it was hard for him to really stick to it.

After he left the UFC, he made a strong case that he was back to being his old self. Rampage racked up five straight wins with his new employer, Bellator MMA. Let’s be honest, though. This wasn’t the same level of competition that the UFC offered Rampage, but it showed that if he really put his mind to being the best in the world, it’s something he could potentially accomplish with ease. The potential is there, but can the talent come along with it?

Jackson definitely had an opportunity to prove himself, though, when he faced Lawal again after beating him in 2014. It wasn’t really a fight that needed to happen — Rampage beat Lawal pretty handily in their first encounter, taking all three rounds on all three scorecards — but it might have shown that there weren’t too many better opponents he can beat.

If Rampage had topped Lawal, then there was a small chance he could be next in line for the title. Unfortunately for Jackson, he couldn’t pull off the win this time. He went to another decision, but Lawal won two rounds out of three this time. It was definitely a closer fight than the last one. There’s always the possibility of a rubber match, but could Lawal be the next opponent for light heavyweight champion Phil Davis in the meantime?

As for Rampage, who’s now 38 years old, it seems like the exit is coming up pretty fast. He still has a couple years left in him, but if he wants to go for the Bellator title, he has to do it now. As someone who’s won five of his last six fights, Rampage has shown the capability to impress MMA fans still. We’ll have to wait and see who he draws for his next fight, though.

The great thing about Rampage is, if he doesn’t always deliver in a fight, he will make up for it with his no-nonsense attitude. It’s something to enjoy, because you know you’ll always get a fighter that has a lot of heart and really loves to fight. He may not love the training, but he will throw hands with the best of them.

Rampage is also quite entertaining to watch when he’s not fighting. He has fun talking with reporters or in press conferences. He’s definitely an interesting character, as even evidenced when he was coaching on The Ultimate Fighter. His ability to trash talk and get people riled up has always been a part of his game, and as fans who watch, we can’t complain.

One day, when Rampage decides to retire, I hope he doesn’t go off into the sunset, where we never hear from him again. He’s got a one-of-a-kind personality, which is something the sport of MMA always needs to keep things loose and fun. Whether he’s a fighter or not, fans will always welcome Rampage with open arms.