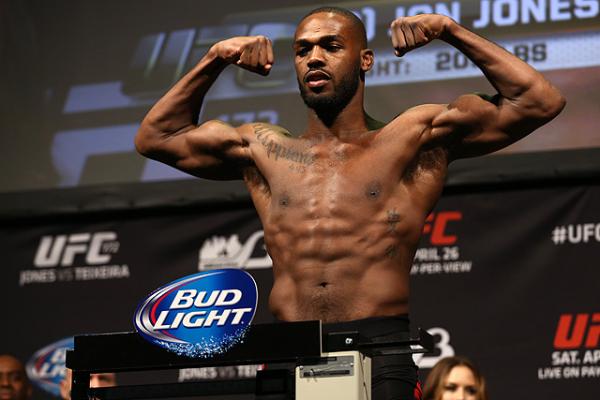 On Friday, April 22, the UFC will host the weigh-ins for UFC 197: Jones vs. Saint Preux which takes place Saturday, April 23, from the MGM Grand Garden Arena in Las Vegas.

In the night’s main event, former light heavyweight champion Jon Jones will return to the Octagon for the first time since being stripped of his title for various legal issues. Jones was expected to face current champion Daniel Cormier, but an injury forced the wrestling stalwart off the card. As such, Jones will square off with Ovince Saint Preux for an interim title.

The co-main event also features UFC gold on the line as flyweight kingpin Demetrious Johnson takes on unbeaten Olympic gold medalist Henry Cejudo. Since capturing the title in 2012, Johnson has made seven straight title defenses, including a unanimous decision win over John Dodson at UFC 191 in September. Cejudo earned his fourth straight win inside the Octagon in November, edging Brazilian Jussier da Silva.