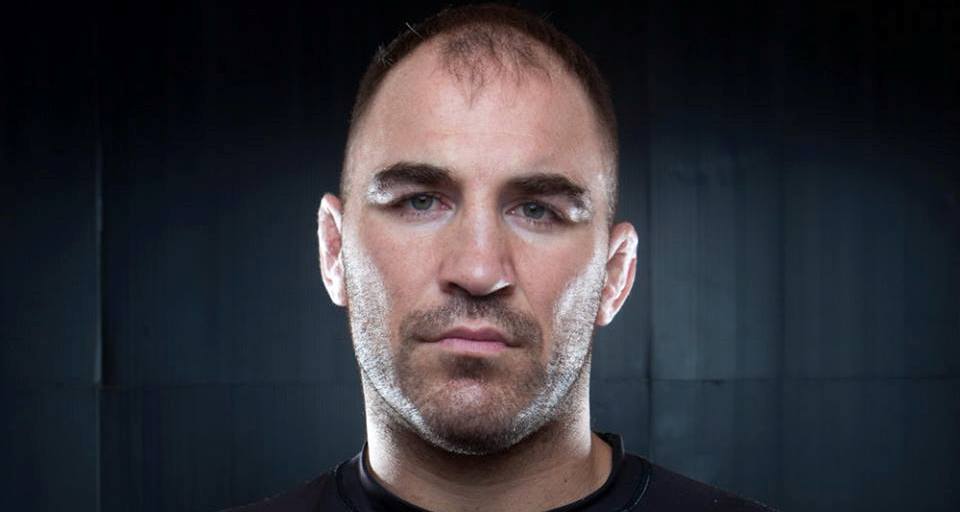 Technology has really changed the landscape of the employment world. No longer does a person have to dress up, fill out a paper application and actually have a face-to-face interaction with a human being. Now, online applications are truly the norm and have really widened a company’s chances of finding viable employees. People are not only using technology to find potential employers, but finding out information and being able to put their name into the proverbial hat almost instantly. Former UFC veteran Brian Ebersole is taking full advantage of this.

Recently, the world learned that Team Alpha Male would be losing its current head coach, Martin Kampmann. Within hours of the news breaking, fans and fighters started to make recommendations for who should fill the void that will now be empty with Kampmann’s departure later this year. In fact, founder and current UFC fighter Urijah Faber publicly reached out to former UFC standout and color commentator Kenny Florian, as well as former UFC featherweight Mark Hominick. Seeing as how Florian’s schedule is busy as it is, it doesn’t seem like he would be the best fit for the team. Ebersole took this opportunity to reach out via Twitter to fill the empty position.

“I bring a wealth of knowledge,” Ebersole told Combat Press. “I do not bring an agenda, nor a particular style. I’m a student of the game, with a decent eye and an open mind. I feel I could help each athlete at Alpha Male, hone the skills they already possess, and urge/lead them to seek/gain skills that they have not yet mastered.

“I will say that I’ve had nearly 80 combat-sport contests, mostly MMA. I’ve wrestled at the highest level within the USA school system [in] NCAA Division I, and have taught and trained all over the world, most notably my time as head coach at Tiger Muay Thai, where I was able to glean knowledge from champions of Muay Thai, talented athletes [and] coaches from all over the world, and from practitioners of every combat sport on Earth.”

Yes, he said 80 contests. In his time as a professional mixed martial artist, Ebersole compiled an astounding record of 51 wins and only 17 losses, with one draw and one no-contest. It’s a claim that barely a handful of fighters in MMA can claim. With that comes a perspective on fighting that is unlike any other. Team Alpha Male has already had two amazing head coaches, and Duane “Bang” Ludwig is still a big part of the training camps and preparation for a few of the fighters, including current UFC bantamweight champion T.J. Dillashaw. So how does a new coach prevent a clash of heads or egos when it comes to training?

“Simple,” Ebersole explained. “I’d consult with Duane regarding the sessions he puts the guys through, ensuring that my time spent with them both reinforces his lessons and complements them by incorporating the rest of the ‘chain of movement [and] progression.’ He takes guys through an intense session on a morning; I ensure that they have the appropriate intensity for their evening session. [They] prefer his voice during sparring. They have his voice. No problem.

“I’m a pretty easygoing fella, and I surely understand that there are many people that help bring an athlete to his fight-night best. I’ve traveled and trained all over the world, and at each stop, I usually have more than one coach [or] influence. Being able to relate would probably be what would allow me to be successful, both in pairing with Ludwig, with an athlete, and just fitting in at Alpha Male in general.”

Team Alpha Male has truly grown under the tutelage of both Ludwig and Kampmann. It was after these coaches were involved with the team that the camp was able to secure its first UFC championship title.

“[Chad] Mendes is knocking on the door,” said Ebersole, suggesting that Dillashaw may not be the only Alpha Male to hold gold in the near future. “I’d relish the chance to work with Chad as he prepared for another shot at [José] Aldo or [Conor] McGregor. That said, there are so many talented kids out there. Who knows who’s going to be making waves in 2016?”

Ebersole looks to bring his experience to the team atmosphere with minimal changes if possible.

“If I were to change anything, it probably wouldn’t be by design,” Ebersole said. “It would be via our shared experience. Like Bruce Lee said, ‘If it works for you, keep it. If it does not, throw it away.’ I’d certainly abide by that.

“Coaching MMA is very different than playing a video game. I could not expect an athlete to enact every move I shout from the sidelines, respond to every ‘push of a button,’ put into play every technical variation I’ve tried to teach. They play the game. I’m just there to ensure they do good work, daily, and keep on track, keep focused and keep healthy.”

Could Ebersole be the dark horse that Team Alpha Male truly needs and deserves?