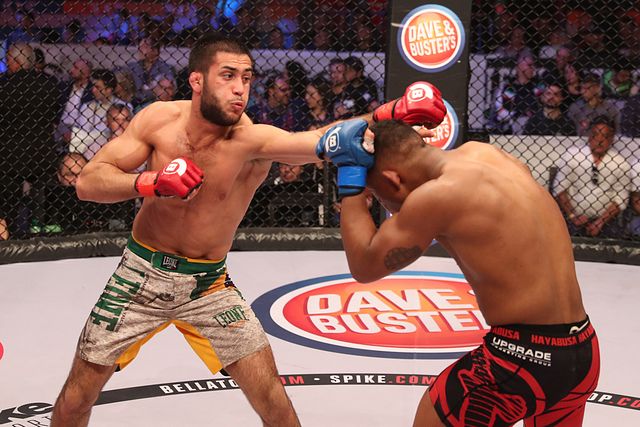 In a 2020 poll among the Italian MMA press, Valeriu Mircea was voted the most talented Italian fighter not yet signed by a top promotion.

“The Solitary Wolf,” who was born in Moldova, has lived in Italy since the age of 14. He started his sporting career in Italy with judo and became a national junior champion. Mircea then set his sights on the MMA world. In a little bit more than four years, he has fought in 32 pro bouts while amassing a record of 25-6-1 with nine knockouts and 12 submissions. He won the Eagle FC featherweight title as well. In his last fight, he challenged for the Eagle FC lightweight strap, but he lost the fight to Martun Mezhlumyan by split decision.

Mircea is also a former M-1 Challenge and Bellator fighter with a 1-1 mark in Scott Coker’s promotion, where he fought Goiti Yamauchi in 2016. In 2017, he moved to Rome and joined Aurora MMA, the team of coach Lorenzo Borgomeo, a former Bellator fighter. The team also consists of former ONE title contender Mauro Cerilli and UFC veteran Carlo Pedersoli Jr.

Now, the 27-year-old Mircea is set to embark on a new quest. He’ll make his Brave Combat Federation debut on Thursday at Brave CF 50, where he’s set to meet Ukraine’s Omar Solomonov in a featherweight bout. The winner will gain a title shot, because the belt was vacated by Bubba Jenkins when he departed for the Professional Fighters League.

Mircea was originally scheduled for his promotional debut at Brave CF 45 against Abdysalam Uulu Kubanychiev, but the match was cancelled. He was then expected to fight Abdulmutalip Gairbekov a week ago at Brave CF 49, but that too was scrapped.

Solomonov becomes Mircea’s opponent on short notice. The 28-year-old is a former pro kickboxer with a 9-2 record in MMA that includes eight knockouts and one submission. He’s undefeated since 2014 and has a winning streak of eight fights, the last two of which came with Eagle FC.

“He’s better for me,” Mircea told Combat Press. “We trained very hard for Gairbekov. Solomonov is a different kind of fighter. He’s a striker, and I prefer this, because I’m a grappler.”

Mircea is not sure who will be on the horizon in the battle to claim the belt vacated by Jenkins. That detail was thrown into disarray recently.

”The other contender was supposed to come out last week at Brave 49 from the fight between Dumar Roa and Gabriel Miranda, but it was cancelled because Roa missed weight of 13 pounds,” Mircea explained. “The promotion has not yet told us what will happen now.”

That’s perfectly fine for the Italian-based fighter. His focus is where it should be.

”I only think about winning [on Thursday],” stated Mircea. “Then I will concentrate on the Brave belt, which will not be the final stage of my career anyway. I want to reach the top of the world.”