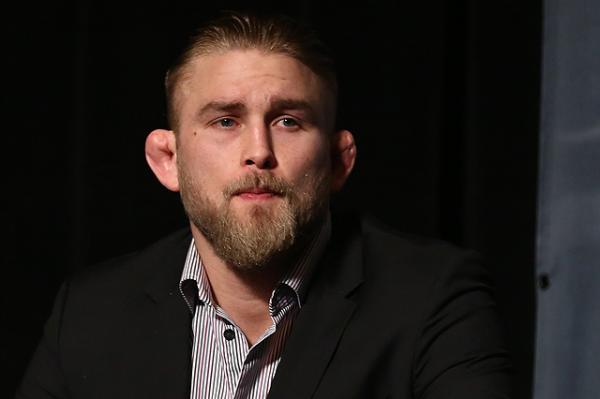 “A closed mouth doesn’t get fed.” It’s a saying that I’ve come to adopt. Basically, it means those who are best able to promote themselves are most deserving of opportunities for success.

It’s a philosophy that serves many fighters well in the UFC. Instead of simply believing that winning enough fights will secure them a title shot, fighters such as Ronda Rousey, Conor McGregor and Chael Sonnen took matters into their own hands to make sure they received championship opportunities they felt they deserved.

Despite defeating mostly middle-of-the-pack fighters like Marcus Brimage, Diego Brandao and Dennis Siver, McGregor’s magnetic personality and knack for getting under his opponent’s skin resulted in him getting a title shot against UFC featherweight champion Jose Aldo at UFC 189 next month. In the meantime, fighters with seemingly more polished resumes like Frankie Edgar and Chad Mendes were passed over, despite already having shots themselves at Aldo in the past.

Making fights the fans want to see is at the core of UFC’s business model. Sonnen’s fights against Silva and Jones did huge numbers, and McGregor’s fight against Aldo is expected to put up similarly huge numbers next month. But what happens when a title fight is made that appears to make no sense whatsoever?

Daniel Cormier, who defeated Anthony “Rumble” Johnson for the light heavyweight title at UFC 187 after it was stripped from Jones, will make his first title defense against Alexander Gustafsson later this year. On the surface, this fight makes little sense.

Gustafsson has lost two in a row, including a first-round TKO defeat at the hands of Rumble in his last fight. Prior to that, Gustafsson lost a close decision to then-champion Jones in a title fight that many thought Gustafsson won. I watched that fight again and, while it was very close, I still scored it for Jones.

Many thought Cormier would make his first title defense against Ryan Bader, winner of four straight fights and the same man who recently got into a public spat with Cormier following Cormier’s title victory last month.

Gustafsson is not a proven box-office draw and hasn’t engaged in trash talk with Cormier, which makes his title opportunity all the more curious.

Gustafson isn’t a draw unless it’s an arena in Sweden. And it’s not in this instance. His PPV vs Jones= 300k buys https://t.co/vaduJvrKtm

On top of the other major changes — enhanced drug testing and a uniform policy with Reebok, just to name a few — being made by the UFC, would a concrete set of standards to determine who receives a title shot help the product? It certainly wouldn’t hurt.

1. No title shots to fighters coming off consecutive losses.

2. Fighters must win at least two consecutive fights to receive consideration for a title shot.

3. A fighter who lost a title fight in one weight class and moves to another must win at least two fights in his/her new weight class to receive title-shot consideration.

4. UFC reserves the right to strip a fighter of a title shot for any indiscretion (failed drug test, legal trouble, etc.).

If these standards were in effect, it would mean Sonnen would not have received his light heavyweight title shot against Jones. However, given the lack of consistency displayed by the UFC when awarding title shots, tightening its ship from all angles — not just for drugs and clothes, or to implement a new pay scale that is proving to be about as popular with fighters as a fart in a crowded elevator — could only benefit the company going forward.