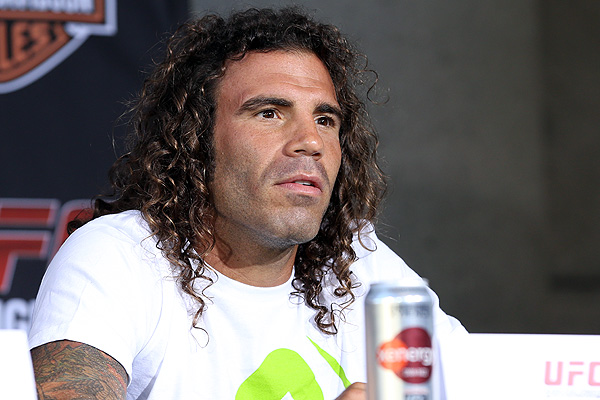 UFC’s Clay Guida Has Become a Different Type of Gatekeeper

For some guys, that role becomes unavoidable. Once a fighter has been hit with the gatekeeper tag, their career is going to go one of two ways. The first, and most common, is that they stick around with the promotion for another couple of years and cash checks, basically keeping their head above water and trying to avoid ending up on the chopping block. The second is that they try to scratch and claw their way back to the top by taking out as many of the next group of contenders as possible, and eventually hope to go on a good enough run to get mentioned as a title contender again.

Clay Guida has fallen into that second group of gatekeepers for years. Almost from the moment his UFC career began in 2006, Guida was seen as one of the final obstacles for an up-and-coming fighter to defeat in order to jump into the title scene. And almost 10 years and a weight division later, Guida is still considered a solid measuring stick to assess the potential of rising stars. But when you look at the quality of a few of “The Carpenter’s” wins over the years, it’s hard not to wonder why Guida never reached elite status in the UFC.

This weekend’s UFC 185 main event features a lightweight title bout between Anthony Pettis and Rafael dos Anjos. Guida has beaten both men. Guida shut down a potential title shot for Pettis by handing “Showtime” a loss in his UFC debut, and he broke the jaw of dos Anjos during a 2010 submission win.

Guida has since had to move on from the lightweight division entirely after getting stuck in somewhat of a rut. Now, he sits outside of the top 10 at 145 pounds. That’s not entirely surprising. Fighters rise and fall all of the time in the UFC, and that Guida never quite regained form after having his four-fight winning streak broken following the victory over Pettis is unfortunate, but pretty common.

Sadly, it just looks like Guida peaked a little too late in his career. Even though he’s only 33 years old, it seems like Guida has been fighting forever. It has shown in some of his more recent losses. By the time Guida hit his peak, he’d already been in more wars during just his UFC run than most guys have during their career. From his “Fight of the Year” battle with Diego Sanchez to countless other wars, Guida never had things easy. When he got a step up in competition during his early UFC days, it usually resulted in a high-paced, high-damage scrap, and neither Guida nor his opponent came out looking unscathed. That kind of punishment takes its toll on any fighter, and that, along with an inability to beat top wrestlers, led to Guida’s downfall.

Guida always had problems beating good wrestlers, starting with Gilbert Melendez before he even entered the Octagon and continuing throughout his near decade-long UFC career. But while he was always able to at least compete with those wrestlers on the feet and in scramble situations in the past, he’s slowly lost that ability. He has essentially become a moving target against anyone he can’t control on the mat. In his latest losses against Chad Mendes and Dennis Bermudez, two strong wrestlers with heavy hands, Guida was forced back into his old brawling routine, but he looked a full step behind his opponents and was dominated most of the fight before eventually getting stopped.

Guida was probably at his best during the winning streak that produced the triumphs over Pettis and dos Anjos, but the win over Pettis marked the last time Guida was taken seriously as a title threat. After losing a competitive decision to Benson Henderson shortly after his win over Pettis, it became clear that Guida was still going to have a hard time getting to the elite level of the sport. It’s weird, but Guida’s really at his best when he’s the least fun to watch. Everyone loves it when “The Carpenter’s” hair is flying all over the place and he’s trading punches like a video-game character, but the best Guida is always the most boring Guida, where he uses his wrestling to stifle his opponents offense and dominates on the mat.

The bout against Pettis is a perfect example of this formula at work. Guida was able to score takedowns and hold position, but it was Pettis and his never-ending bag of tricks from his guard that made the fight fun to watch. Even though Guida scored the win that night, he was essentially sitting in the guard of Pettis and hoping like hell he wouldn’t get submitted for much of that bout. If it wasn’t for Pettis remaining active, it would have been considered a dominant, yet lackluster win.

Since beating Pettis, Guida has gone just 2-4 in his last six fights. He has slowly found himself struggling more and more to win fights as he gets sucked into brawls. While he seems like a wild man with little to no strategy, Guida’s proven to be a force when he can implement a game plan and get the fight to the floor. He’s beaten a trifecta of Japan’s finest, scoring victories over Takanori Gomi, Hatsu Hioki and Tatsuya Kawajiri over the years by using his wrestling ability, and most of his UFC wins have come in fights where he controls the action on the mat. But since the Pettis fight, Guida has had an increasingly difficult time getting the fight where he’s comfortable, and it’s caused his momentum to die off entirely.

Guida is set to return to the cage early next month against Robbie Peralta at the UFC Fight Night card in Virginia. At this point in his career, he’s slowly transitioning to the other type of gatekeeper — the one that is forced to scrap and claw to remain on the roster, nowhere near the title picture. He has a good shot to score a win over Peralta and get back on track, partially because Guida still possesses top-15 featherweight talent and partially because Peralta shouldn’t have the takedown defense to shut down Guida’s offense. However, a win isn’t going to move Guida very far up the ladder. It’s not going to lead to some groundbreaking match-up for “The Carpenter.” As good as he was on occasion, Guida was never able to overcome the flaws in his game that prevented him from beating the guys who could out-grapple him and he’s slowly fallen further and further down the rankings as a result. Just glancing at Guida’s resume and seeing the big wins he has earned, it’s easy to ask what could’ve been. Look closer, though, and you’ll see the common theme to his losses. Then, it becomes pretty clear why it could never have been.