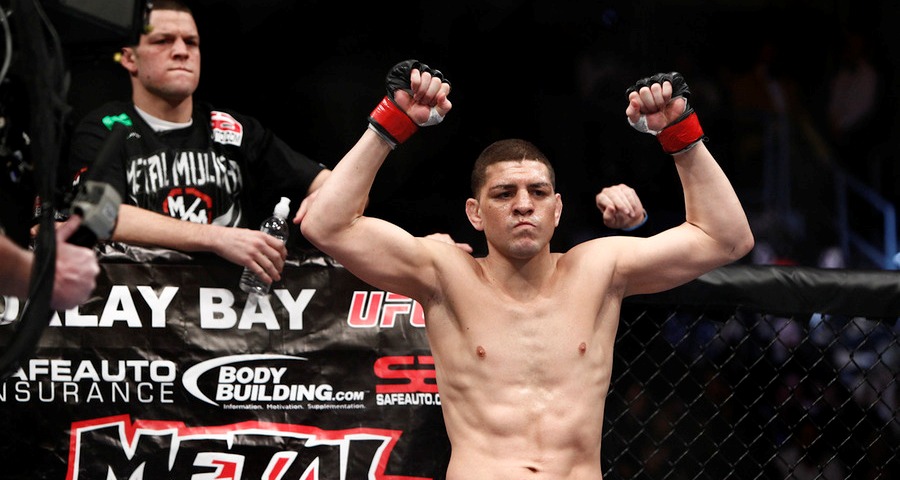 Failed Tests or Not, Nick Diaz Will Continue to Rake in the Green

Nick Diaz came into UFC 183 with the deck stacked against him. He was facing arguably the greatest fighter of all time, Anderson Silva, in Silva’s weight class. He had been out of action for two years, too. It was an uphill climb for the Stockton native, but that’s nothing new for MMA’s bad boy.

Diaz has always been on the wrong side of public opinion and overall results throughout his career. Despite racking up a number of victories both in and out of the Octagon, Diaz has never grasped a UFC title. Not only has he failed to reach the pinnacle of the sport inside the cage, his journey outside it has been nothing short of tumultuous. There was the Joe Riggs hospital incident, his now infamous “Don’t be scared homie” remark to K.J. Noons after their fight, his post-fight comments after losing to Carlos Condit and many other moments that caused Diaz to draw the ire of MMA fans. Yet, as polarizing as he has become, Diaz has also created a niche audience within the MMA community. Those seeking to be entertained no matter the fighter’s personality have been intrigued by Diaz throughout his career. And that’s exactly the reason Diaz will step back into the Octagon.

It may take a bit longer than expected, though, thanks to Diaz failing his UFC 183 post-fight drug test for marijuana metabolites. It is Diaz’s third failed test for the same substance and there figures to be some hefty fines along with a suspension coming his way. Unless the commission chooses to fine him an astronomical amount, Diaz probably won’t bat an eye at a fine due to his reported $500,000 take-home salary. The suspension also likely won’t affect Diaz’s mentality given that he sat on the sidelines since UFC 158 before making his return.

Moving beyond the suspensions and fines from the UFC 183 fallout, Diaz figures to have a couple more paydays in his future. He’s still a big draw, with MMA fans either tuning in to see him win or his opponent deliver a beatdown to the Stockton bad boy. He’s still able to compete at a high level — he took Silva to a five-round decision and didn’t embarrass himself in the process.

The UFC may not want to take another chance with Diaz as a headliner after all his drug-test failures, but that doesn’t mean Diaz’s career is over. He’s shown the willingness to compete wherever there is the most money to be made. His old boss from the Strikeforce days, Scott Coker, is currently running Bellator, and the promotion’s stock seems to be on the rise. Don’t be surprised if Bellator makes a run at Diaz should the UFC choose to rip up his new contract.

Diaz is and always will be an enigma. Not everyone understands him, and he doesn’t go out of his way to make himself a popular hero. He’s the anti-hero that says and does what he wants, something that could make nearly everyone envious. If he followed all the rules and said all the right things, he’d just be a middle-of-the-road fighter. But Diaz is no average fighter. He knows how the game is played and he’s aware of the rules that govern it, yet he chooses to make up his own rules as he goes along. This attitude, combined with an exciting fighting style, makes him a hot commodity in the entertainment business. And make no mistake about it, MMA is just as much about entertainment as it is sports. Given his unique ability to move the needle with words and his fighting skill, you can be certain Diaz will have no problems finding somewhere to collect a paycheck upon his return to the MMA world.