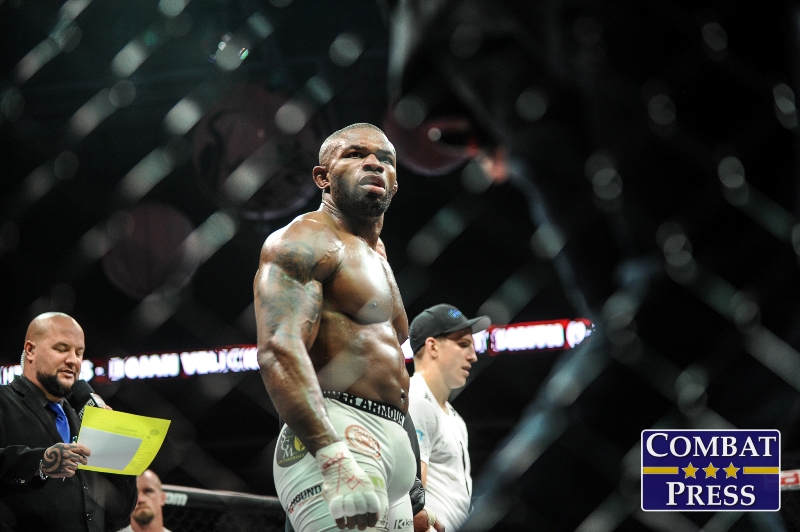 On Friday, Jan. 9, Resurrection Fighting Alliance will head to Colorado Springs, Colo. for its 22nd event. The promotion will visit the the Broadmoor World Arena. The night’s main card will air live on AXS TV.

In the night’s main event, the promotion will crown a new welterweight champion as UFC veteran Gilbert “Jamal” Smith squares of striking stalwart Chidi Njokuani. Smith will fighting in his own backyard and steps into the title tilt having won five of his last six fights. The TUF alum was last in action in November at RFA 20, topping Bojan Velickovic. Six of his 10 career wins have come by way of submission. Njokuani, meanwhile, will be making his sixth appearance under the RFA banner. The 26-year-old has won six of his last eight fights. He’s stopped eight of his 11 wins by some form of knockout.

The co-main event of the evening will feature a featherweight contest between former RFA title challenger Mark Dickman and Bellator veteran Donald Sanchez. Dickman fell short in conquest for gold, dropping a five-round decision to UFC veteran Justin Lawrence at RFA 17 in August. The loss snapped in a four-fight winning streak. Sanchez, a Jackson-Wink MMA product, will be entering his 45th career fight. The 30-year-old New Mexico-based fighter has won five of his last six contests leading into his promotional debut.