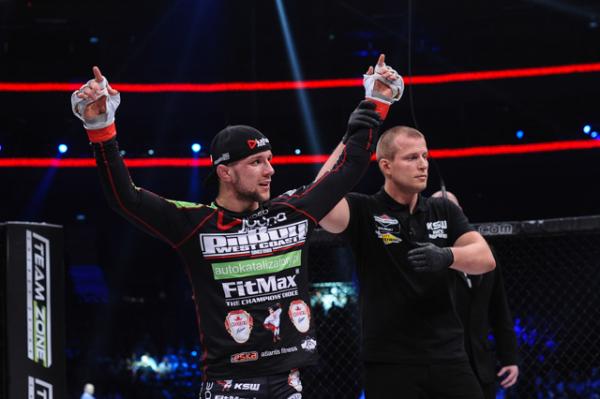 Many of the world’s best fighters can be found under a few select banners, usually the UFC and Bellator. However, Asian promotion ONE FC can still lay claim to one of the world’s elite bantamweights, the promotion’s current 135-pound champion Bibiano Fernandes. “The Flash” is set to defend his belt once again. This time, he’ll face Dae Hwan Kim, a challenger who has yet to taste defeat.

Fernandes is a highly decorated Brazilian Jiu-Jitsu black belt whose collection of gold medals probably outweighs the man himself. The 34-year-old made his first appearance in the MMA world in his 2004 debut. He lost two of his first three fights, but those contests came against the likes of Urijah Faber and Norifumi “Kid” Yamamoto. He’s gone 15-1 since suffering a decision loss to Yamamoto. The lightning-quick grappler’s only loss in his past 16 fights came on the scorecards against Hiroyuki Takaya. Fernandes has made four appearances under the ONE FC banner, claiming the interim bantamweight crown in his second ONE FC outing and defeating Soo Chul Kim in his third promotional appearance to unify the championship. In May, Fernandes made his first defense of the belt with a unanimous decision victory over Masakatsu Ueda. Despite a strong grappling background, the AMC Pankration disciple has only finished five foes via submission and tends to see the scorecards with regularity.

Kim isn’t well known outside of his native South Korea, but the undefeated fighter was pursued by the UFC before deciding to sign with ONE FC. He holds titles in Muay Thai, kickboxing and MMA. The 27-year-old is a striker, but he’s working to improve his jiu-jitsu. That dedication is obvious in his undefeated record, which includes five wins by submission and just two victories via TKO. Kim made his ONE FC debut in late 2013 and has rattled off two submission wins with the promotion. His promotional debut ended with a second-round finish of Thanh Vu by way of a rear-naked choke. In his sophomore outing, he required less than a round to finish Kevin Belingon.

Kim’s approach tends to involve working the stand-up early, then gaining top position, raining down ground-and-pound and setting up for the submission. That strategy has worked well for him thus far, but Belingon, Vu and Nam Jin Jo have been his toughest opponents. Fernandes provides a whole new level of difficulty, one packed full of speed and five-round dominance. Fernandes isn’t known for his stand-up game—he has just one TKO victory on his record—but he’s flashed a sufficient striking arsenal necessary to outpoint opponents on the feet.

Kim didn’t look unstoppable in his fight against Vu. Vu was able to score a big takedown in the second stanza before Kim eventually gained the superior position and worked his way toward the finish. If Vu could bring Kim to the mat, Fernandes should be able to do so with ease. And unlike Vu, Fernandes won’t give up position so easily. Kim’s record and his victory over Belingon make him a worthy title challenger, but he doesn’t possess the tools necessary to edge Fernandes.

The Brazilian will hold his own with the slower Kim on the feet, but expect him to favor the takedown throughout this match-up. Kim might seem like a threat on the mat, but Fernandes should dominate the grappling aspect of this encounter. The champ’s one biggest issue, though, is his inability to finish fights. When he does, it happens in a flash (pun definitely intended). But if he’s still fighting after the two-minute mark, expect to see the judges. And in this case, expect them to give the nod to Fernandes.

The list of world-class grapplers competing in MMA this weekend doesn’t end with ONE FC and Bibiano Fernandes. The Resurrection Fighting Alliance has its own jiu-jitsu star in Bruno Frazzato, and the Team Nogueira fighter is set to return to action at RFA 21, where he’ll meet prospect Joe Murphy.

Frazzato, a highly decorated Brazilian Jiu-Jitsu black belt out of Atos, started dabbling in MMA in 2006 when he made his pro debut at Max Fight 1. He competed four times between 2006 and 2007, winning every outing. However, Frazzato continued to give top priority to his jiu-jitsu efforts. In 2013, that changed. He shifted his focus to MMA and returned to action with a win and a loss under the Premium Fighting Championship banner. In August 2014, the RFA signed him and paired him with Cory Galloway. Frazzato needed just 92 seconds to submit Galloway. The 30-year-old has four submission victories and one TKO win on his resume.

Murphy isn’t that shabby on the mats either. The Cleber Luciano student has five submission finishes and a background in high school wrestling and competitive grappling. His only setback came in a World Series of Fighting bout against Carson Beebe, who edged Murphy on the scorecards to take the unanimous nod. The fight was actually closer than the verdict suggests, with Murphy arguably taking rounds one and three. Murphy was aggressive with his submission attempts in the fight, but he has a tendency to let fights stay extremely close when he can’t finish his opponent. He’s seen the scorecards three times in his eight-fight career, resulting in one controversial verdict against him and two split decisions in his favor.

Murphy has tremendous potential and an aggressive ground game, but he’s fighting an opponent who has been near the top of the jiu-jitsu world for years. Murphy’s best asset in this fight might actually be his ability to keep things close. Frazatto’s only loss came by way of a split decision, and Murphy undoubtedly has the ability to create nail-biters when the fight goes the distance. If he can push the action and throw up plenty of submissions without making mistakes, he could snatch the victory. It’ll be difficult to accomplish over someone with Frazatto’s skills, though. The Brazilian should be able to maintain positional control, and he won’t fall into the trap of guillotine chokes in the same way as a wrestler like Beebe. Frazatto might not emerge with another fast finish, but he’ll find his hand raised at the end of this contest.

KSW returns with its 29th effort, and the lineup includes quite a few notable names. Mamed Khalidov is set to return against Brett Cooper in the evening’s headliner and Borys Mankowski meets David Zawada in a welterweight title showdown, but it’s hard to ignore the tough test lined up for undefeated prospect Mateusz Gamrot, who meets Lukasz Chlewicki in a battle of lightweights.

Gamrot is a 23-year-old up-and-comer who has marched through the competition thus far in his young career. His KSW resume includes wins over UFC veteran Andre Winner and Polish prospect Mateusz Zawadzki, and he recently made his Cage Warriors debut with a first-round submission victory over Tim Newman. “Gamer” went pro in 2012 and has a record that includes three unanimous decision victories, two TKO stoppages and two submission finishes.

Chlewicki is the more experienced fighter, with 16 contests under his belt. The 35-year-old debuted in 2004 and has fought such notable opponents as Demian Maia and Paul Daley. Unfortunately for the Polish fighter, those UFC veterans account for two of his three career losses. He is 7-1-1 through his last nine outings and has put away five opponents via some form of knockout. The Grappling Krakow product is a highly decorated judoka who has been a member of the Polish National Team.

Chlewicki is a tough fighter, but he’s fallen in love with his striking. In a fight against a pure striker like Daley, the judoka opted to stand and bang rather than commit to anything but the weakest of takedown attempts. He has a decent stand-up game, but his lack of urgency with his takedowns will open him up to Gamrot’s harsh leg kicks. The young prospect is a European grappling champion with strong wrestling and aggressive grappling, and those weapons make him dangerous on the mat. He won’t hesitate to give up position to go for armbars or heel hooks. Furthermore, he has strong top control and a ground-and-pound attack that allows him to score points if he can’t score the finish.

Chlewicki’s experience and striking ability make him a threat to end Gamrot’s unblemished streak, but he’ll have to keep the fight standing and connect with regularity against a fighter who should come into the bout with the reach and strength edge. Gamrot will wrestle Chlewicki to the mat and hunt for submissions. The younger fighter might have to endure some punishment for his efforts, but he’ll eventually snag an arm or a leg and finish the fight.