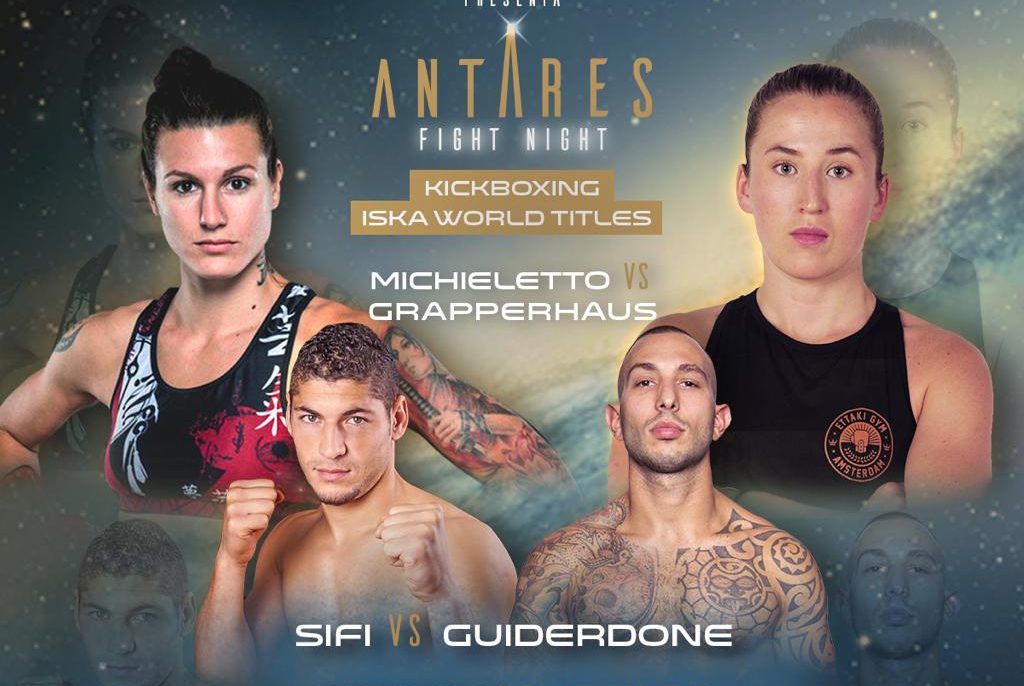 On Saturday, Jul. 9, the beautiful alpine town of Edolo in Northern Italy will host the second edition of Antares, a world-class combat sports promotion, with two ISKA world titles on the line. The pro card will feature seven bouts of kickboxing and Savate, and it will be streamed free and worldwide on Gazzetta, the top sports news site in Italy, at 2:30 p.m. ET.

In the main event, the multiple-time world champion Martine Michieletto, will defend her crown in the -57 kg K-1 kickboxing division, as she faces the Dutch superstar Emma Grapperhaus. The challenger holds a record of 35 wins and 3 defeats and is Enfusion world champion and ISKA European champion. The Italian reigning champion is on a 16-fight winning streak dating back to 2017, but her last fight was in 2020.

Michieletto was signed by ONE Championship in 2021 to face Anissa Meksen in a strawweight kickboxing bout at ONE Championship: Empower, but she was later replaced by Cristina Morales due to medical reasons. The champion is taller with a longer reach, and this may be a key to the fight, because boxing is a stron suit for Grapperhaus.

The other world championship challenge will be for the vacant ISKA -75 kg kickboxing title. The Italian Christian Guiderdone earned a shot at the ISKA title after his victory over Gino Coriolano last March in Milan. The Italian will be fighting up in weight, after his -72.5 kg fight with Moustapha Haida weas cancelled due to injury. His short-notice opponent will be the French-Tunisian Marouane Sifi, who holds national titles in both Tunisia and France and has a reputation for being very aggressive.

In the Edolo ring, fans will also see Italy-based Alex Ajouatsa from Cameroon, who is an ISKA world champion in Muay Thai and is famous for his spectacular walk-outs with dances and stage costumes. He will take on Moroccan champion Abdelali Abib in a kickboxing bout. Both men are very aggressive and explosive fighters, and a knockout almost a sure thing.

Another bout on the card will be with the ISKA –65 kg kickboxing world champion “Titano” Gheorghita, who will face, in a non-title match, the French national Muay Thai champion Antonin Marconi.