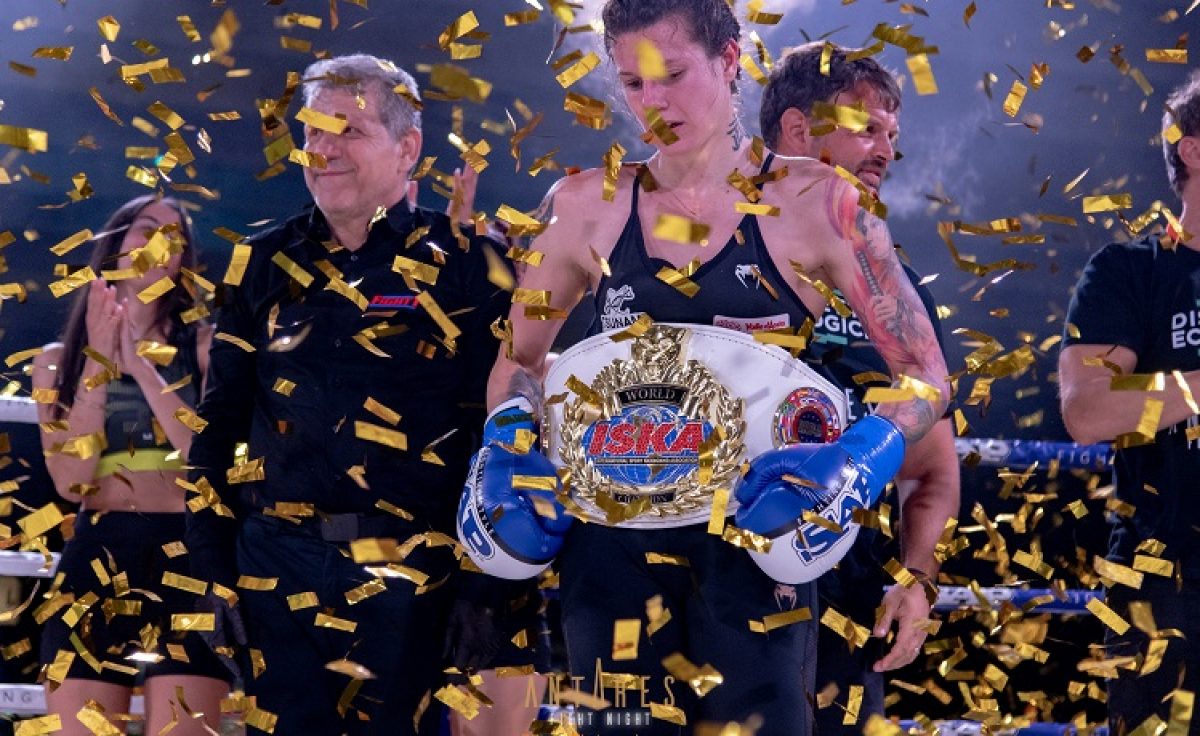 While there were no knockouts on Saturday, Jul. 9, at Antares Fight Night in Edolo – a town in the Italian Alps – it was still a great night of fights, including two ISKA title bouts.

In the main event, after a two-year break due to health problems, the multiple-time Muay Thai and kickboxing world champion Martine Michieletto was back in action and confirmed she is still a top fighter. The 29-year-old Italian defeated by unanimous decision the Dutch Ella Maria Grapperhaus, retaining her ISKA -57 kg K-1 kickboxing world title, which her eighth world title belt. The “Italian Queen” is also the reigning WMF and WKU world Muay Thai champ in the -57 kg division.

Facing Enfusion and ISKA European champion Grapperhaus, Michieletto did not disappoint the hundreds of fans who arrived from her home town, Aosta in northwest Italy, to support their favorite fighter. The Italian set the match on aggression, rhythm and pressure that her experienced opponent was unable to withstand. It was a victory that further justified Michieletto’s ONE Championship debut, which was scheduled for 2021 against former GLORY Kickboxing champion Anissa Meksen, but was cancelled due to illness.