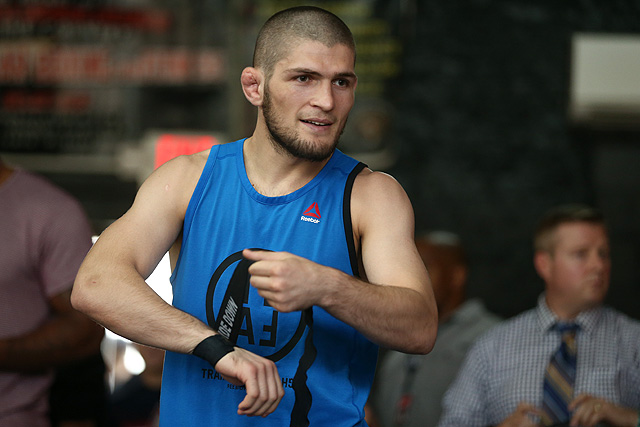 UFC lightweight champion Khabib Nurmagomedov said in a statement on Instagram that he is out of his scheduled main event title fight with Tony Ferguson at UFC 249. Nurmagomedov cannot travel due to Russia closing its borders due to COVID-19. This marks the fifth time the bout has been unable to take place.

“I understand everything and I’m definitely upset more than you to cancel the fight, probably like all others, I had many plans after the fight, but I can’t control it all,” Nurmagomedov said in an Instagram post.

Currently, UFC 249 is still set to take place. The event was originally going to occur at Barclays Center in New York but that has changed because of the ongoing pandemic. UFC President Dana White has yet to reveal the new event location, nor the rest of the fight card.

In a previous Instagram video, Nurmagomedov said he had been training at American Kickboxing Academy in San Jose, Calif., and traveled to Abu Dhabi as the fight was no longer expected to be in the U.S. Abu Dhabi was also going to close its borders so Nurmagomedov and his teammates returned to Russia.

Nurmagomedov could travel by private jet to the U.S. but the service he would use would need a permit according to state-owned news outlet RT. “The Eagle” said he is still training. However, he has made the safety of his loved ones and him the priority in this situation.

“The greatest countries and the largest companies of our time are shocked by what is happening, every day the situation changes unpredictably. But Khabib still has to fight, is that what you [are] saying? Take care of yourself and put yourself in my shoes,” Nurmagomedov said.

Multiple fighters including lightweights Justin Gaethje, Dustin Poirier and welterweight Jorge Masvidal have offered to serve as replacements but no replacement fight has been announced by the UFC at this time.