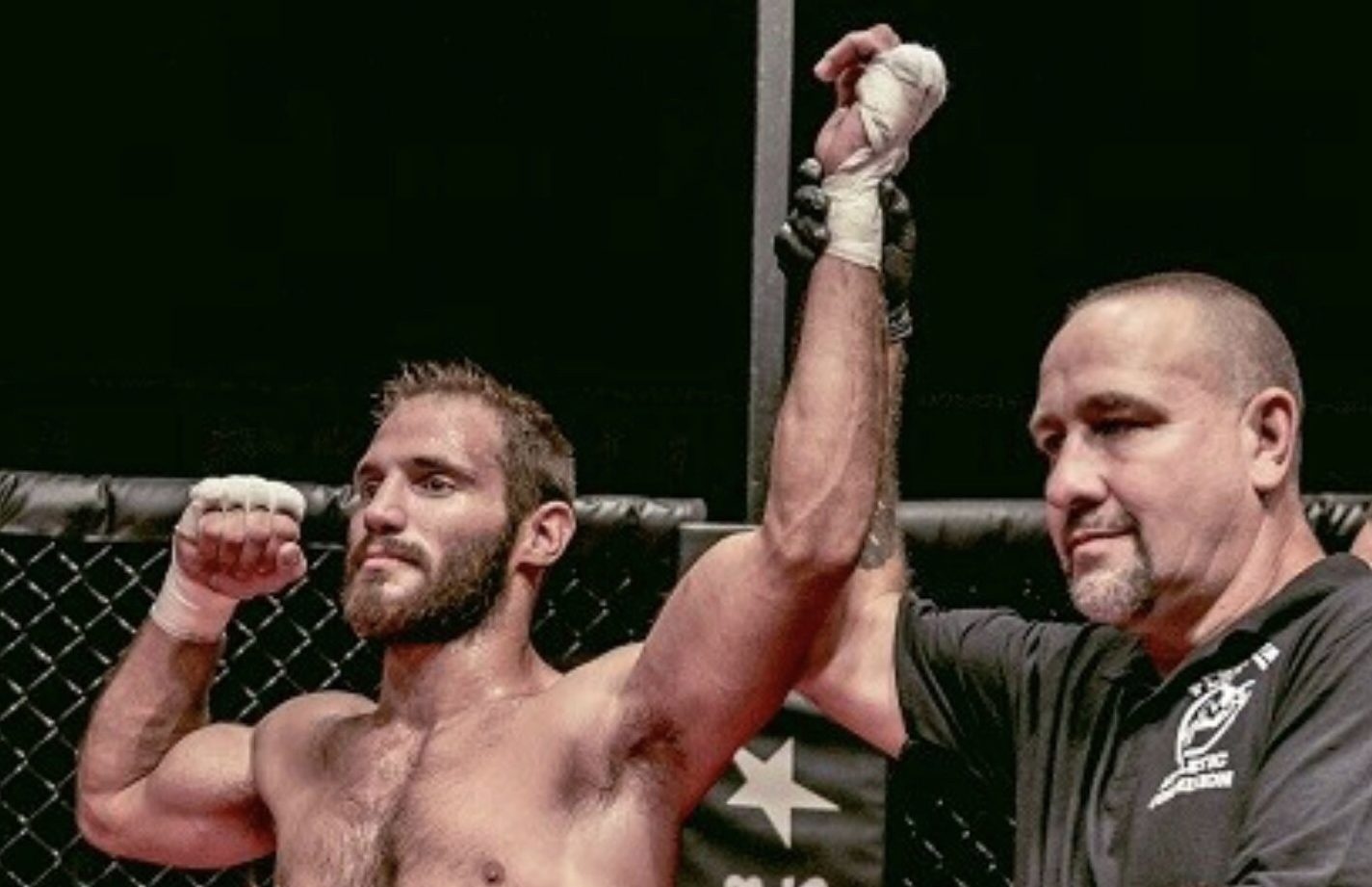 Everybody wants to be a fighter. The supposed glamour comes at a price, though, and too many of these would-be athletes are not willing to pay. It is true that to be the best, you have to beat the best. Unfortunately, padded records have become all too commonplace in a sport that has a relatively low barrier to entry. Padded records don’t just do a disservice to fans. The ones who take the biggest hits are the tough-ass fighters that nobody wants to fight.

Nick “Nyquil” Browne started wrestling in fourth grade. He fell in love with the battle. He went on to compete in high school and then he was off to Shippensburg University in Pennsylvania. The college choice was not so much due to academics as it was to athletics.

“I got started with collegiate wrestling,” Browne told Combat Press. “I wrestled for one year and [then] went into boxing. I did really well in boxing and thought it might be a good time to step into MMA.”

Browne was an All-American boxer his sophomore year, but he decided to leave school to join a union and work in a milk factory. However, he never lost the love of fighting. He started training MMA at a small gym before moving to All-American MMA in Uniontown, Pa. His fighting career kicked off over seven years ago. Browne went 10-1 as an amateur, and he is now 8-1 as a pro. In February, he earned his black belt in Brazilian Jiu-Jitsu.

“Whenever I started MMA, I just found the passion and the love of grappling again,” Browne said. “I hadn’t done it since college. I was boxing and then I was doing MMA, and we were just a little gym, so we had to get affiliated with a gym that could offer belts and stripes. We would go up there, and we were tearing through these purple and brown belts. We didn’t have any colored belts. It just related back to wrestling. They definitely pushed the jiu-jitsu side of it, but wrestling was the core of everything I got.”

From May 2014 through June 2018, Browne was able to dominate all but one of his opponents. He dropped his second-to-last fight to John Gunther, who went on to compete on season 27 of the UFC’s The Ultimate Fighter reality show. It was not Browne’s finest performance, but there are reasons behind that.

“I’d like to blame it on not being well prepared and [on] having an accident the week of the fight,” explained the Pennsylvania native. “I actually got knocked out in my training gym. I didn’t really recoup and was just slow off the bat. My cardio went in the first round, and I couldn’t give him much after that. I was going to try to shout him out and get a rematch one of these days. That’s one I definitely would like to get back.”

For now, Gunther can wait. However, Browne is a little tired of waiting. It’s been more than a year since his most recent outing, a first-round submission of Jeffrey Pelton at Pinnacle FC 17.

“My gallbladder was giving me issues for about three months,” Browne explained. “We had to say no to one fight, but after that, it was just […] nothing. You know, ‘We got someone to commit to you,’ and then a week later, they picked someone else. We had some big fights lined up against some high-caliber guys, and they decided it wasn’t their kind of fight. I have not been getting anyone to sign contracts.”

Some fighters advance their career by ducking fighters, but it’s not really to anyone’s benefit. “Fake it till you make it” does not really work in professional fighting, because eventually the lie catches up to you. Browne wants tough fights, but the tough fights apparently don’t want him.

“I’ve got a strong ground game, and they just want to strike,” Browne said of his opponents that never came to be. “Every fight, I get a little bit better on my feet. This fight should put a feather in my cap on how long my striking has come.”

On Friday night, Browne will have a tough fight on his hands. He makes his Legacy Fighting Alliance debut in an AXS TV headliner opposite Trey Ogden.

“This will be my 21st MMA fight with amateur and professional combined, and I’ve had two losses throughout my whole career,” Browne said. “I can definitely look back and learn on that. It always comes back to wrestling. When in doubt, I can always take them down and ground-and-pound. Going 10-1 as an amateur and 7-0 as a pro, it started slowing down [the flow of] opponents — when they see these records and the people I beat. That’s why it’s been a year and six months, and I haven’t had a fight. I couldn’t get anybody to sign the contract. I had a winning streak and a good reputation, but sometimes that can bite you in the butt if you’re not fighting for the right organization.”

Browne loves the idea of competing in the LFA. His headlining spot on the company’s 76th event is just icing on the cake. All eyes will be on him and Ogden as they lock horns.

“He hasn’t fought quite the caliber of fighters that I have,” said Browne. “I know he’s game for a good battle, and so am I, so it should be a great main event for LFA.”

Ogden, whose record stands at 12-3, fights out of the Kansas City area, and he will certainly be the hometown favorite. That is the least of Browne’s concerns, though. He knows he can hang with the best, and this one will bring him one step closer to the big show.

“I want to slowly work up the ranks and be one of the best pound-for-pound UFC and LFA champs around,” Browne said. “The sky’s the limit at this point.”