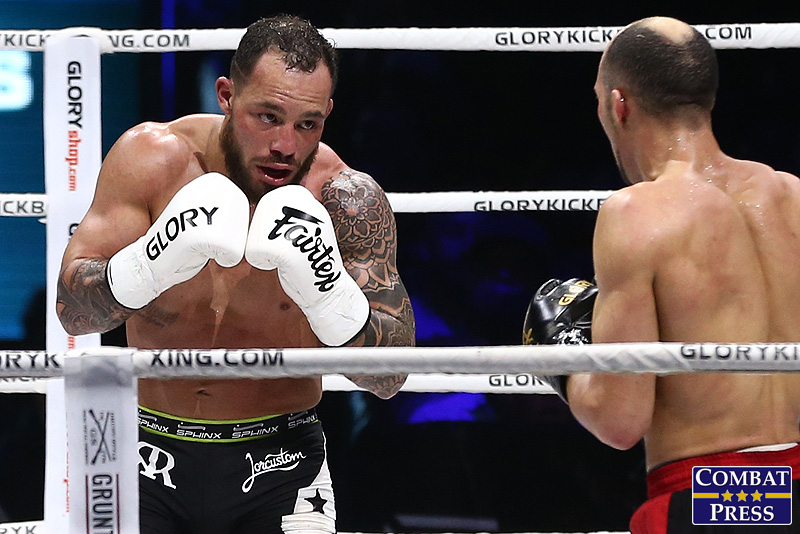 On Saturday, March 31, GLORY Kickboxing visited Los Angeles for its 52nd event. The promotion touched down at the Pacific Room at the Long Beach Arena.

In the night’s main event, reigning featherweight champion Robin van Roosmalen unified the belt against interim titleholder Kevin VanNostrand. The Dutchman van Roosmalen had reeled off four straight wins since dropping down from the lightweight division in 2016. New York’s VanNostrand had picked up five wins in his six GLORY appearances, including a knockout victory over Anvar Boynazarov and a decision nod over Giga Chikadze.

Below is a photo gallery shot by Dave Mandel for Combat Press. Click an image for a larger version.