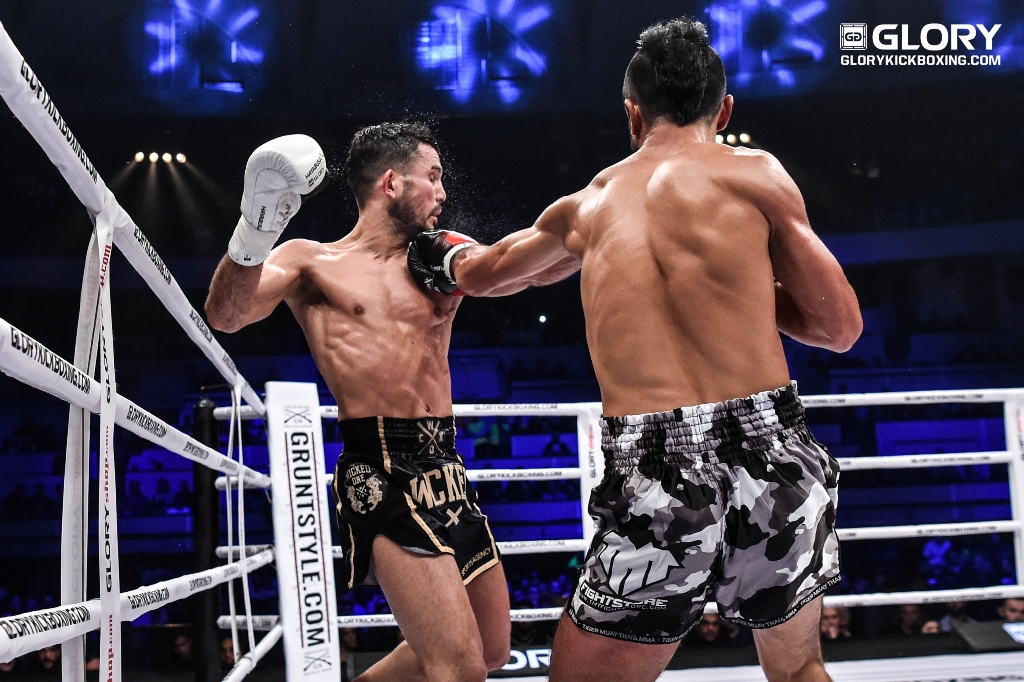 The UFC’s veteran Brazilian stars didn’t fare too well in their homeland this weekend at UFC Fight Night 119.

Derek Brunson needed just half a round to spoil Lyoto “The Dragon” Machida’s comeback. The Strikeforce veteran landed a big left hand that staggered Machida. Brunson’s follow-up shots sent Machida to the canvas, where Brunson finished the former UFC light heavyweight champion with a vicious flurry of ground-and-pound strikes. Brunson’s middleweight career continues to be an exercise in frustration. The 33-year-old now holds victories over such notables as Machida, Daniel Kelly, Uriah Hall, Sam Alvey, Ed Herman, Lorenz Larkin and Chris Leben, but he has stumbled against the next level of competition that includes Yoel Romero, reigning interim champ Robert Whittaker and former titleholder Anderson Silva.

Meanwhile, the frustrations also continue for Demian Maia. The middleweight-turned-welterweight-contender Maia couldn’t get anything going against Colby Covington, who impressed with the unanimous decision victory. Covington followed a common blueprint for defeating Maia: stuff takedowns, score points on the feet. Covington’s overall record stands at 13-1, but he’s a head-turning 8-1 inside the UFC. Meanwhile, Maia has now lost two in a row.

There were several big prospects in action outside of the UFC as well.

Welterweight stud Alexey Kunchenko moved his spotless mark up to 17-0 with a first-round knockout of Sergey Romanov at M-1 Challenge 84. Kunchenko retains the M-1 welterweight crown with the victory. Meanwhile, Artem Frolov climbed to 10-0 and claimed the middleweight title with a unanimous decision over Caio Magalhães. UFC veterans Joe Riggs and Phil De Fries also picked up victories at the event.

Top flyweight prospect Rogério Bontorin wasn’t as fortunate in his outing this weekend. The Brazilian traveled to Japan for a bantamweight affair at Grandslam 6. Bontorin was submitted by UFC veteran Michinori Tanaka in the third round of their fight. Meanwhile, Go Kashiwazaki continued to impress with a submission finish of Tomohiko Hori.

There were several up-and-comers on display at Cage Warriors Fighting Championship 88. Chris Fishgold proved to be too much for Alexander Jacobsen. Fishgold, the Cage Warriors lightweight champion, secured a rear-naked choke to finish Jacobsen in the first round. Molly McCann continued her climb up the women’s flyweight ranks with a decision nod over Priscila de Souza. Lee Chadwick won the vacant middleweight title with a decision over Victor Cheng. Martin Stapleton stumbled in a lightweight encounter with Soren Bak, who moved to 10-1 with the victory.

Anthony Joshua made a successful defense of his heavyweight titles against Carlos Takam. The stoppage was a bit premature, but Joshua had enjoyed full control throughout the bout for the most part before taking the TKO victory in the 10th round. Takam, who was a late replacement for Kubrat Pulev, had done well and seemed likely to be the first man to go the distance with Joshua if not for the premature stoppage.

On the undercard of the Joshua/Takam ticket, noted heavyweight contender Dillian Whyte defeated Robert Helenius via unanimous decision. Helenius was mostly just on the defensive, but Whyte enjoyed control throughout in a lackluster contest.

GLORY’s return to France was highlighted by the continued improvements from light heavyweight champion Artem Vakhitov. Returning from a long layoff due to a broken hand, Vakhitov simply outclassed challenger Ariel Machado throughout the five-round affair. Should Vakhitov get past interim champion Pavel Zhuravlev in his next outing, the promotion is going to have a similar situation to its heavyweight division, where recycling title challengers may be the only option.

If you only watch one clip from this weekend’s action, make sure it’s Anvar Boynazarov’s knockout of Fabio Pinca from the GLORY 47 contender tournament. In addition to being a serious contender for “Knockout of the Year,” keep in mind that Pinca was a massive favorite in the fight and the tournament. Couple that with the fact that Pinca completely outclassed Boynazarov for the bout’s first round, and you might have witnessed the “Comeback of the Year” and “Upset of the Year” as well. Check it out below.

WOW! @anvar_muay delivers a HUGE knockout in the second round and advances to the featherweight tournament finals! #GLORY46 pic.twitter.com/Srr0nfVesz

The world’s top female kickboxer, Anissa Meksen, was also in action. She bested Funda Alkayis to earn a title shot against Tiffany van Soest later this year. Meksen will be a huge challenge for the champion in what could be the most important women’s kickboxing bout of the year.

Melvin Manhoef won the final kickboxing bout of his career when he defeated three-time K-1 champ Remy Bonjasky, a man who beat him on three prior occasions. The decision victory ends Manhoef’s long losing streak at seven fights. The K-1 veteran and MMA champion retires from kickboxing with a record of 38 wins, 14 losses, and 27 knockouts. Manhoef fought much of his career as the smaller fighter. However, his punching power and sheer ferocity in the ring were unmatched.

Australian Muay Thai prospect Toby Smith picked up a decision victory over Charlie Bubb at Domination 19 on Saturday, Oct. 28, in Australia. The 24-year-old has quietly put together an incredible resume with victories over one of the world’s top kickboxers, Superbon Banchamek, and a long list of former Rajadamnern or Lumpinee stadium champions, including Diesellek, Thongchai and Chanachai.

Top 55-kilogram kickboxer Franck Gross returned to the win column with a decision over Italy’s Tarik Totts at Aix Fight Tour Niglo in France. Gross improved his record to seven wins and just one loss in 2017 with four wins via knockout. The Frenchman’s lone loss came against current ISKA and REBELs champion Eisaku Ogasawara. The 22-year-old Japanese prospect is undefeated this year, including a win over current Lumpinee stadium champ Wanchalong at KNOCK OUT Vol. 3.

GLORY kickboxing veteran Rémy Vectol picked up his fourth victory of the year with a decision nod over Djibril Ehouo at Duel 2 in Paris. Vectol has a chance to potentially move into the top 10 with a victory over his next scheduled opponent, top-10 welterweight Cyril Benzaquen. The pair meet at Golden Fight on Dec. 9 in Levallois, France.

K-1 veteran Elias Mahmoudi won two fights in one night to take the four-man 57.5-kilogram tournament crown at Muay Thai Grand Prix 10: Paris. The 19-year-old French prospect picked up a victory over Frédéric Manach in the semifinal and a decision win against Madiale Samb in the final. Madiale Samb defeated Vatsana Sedone in the other semifinal bout.