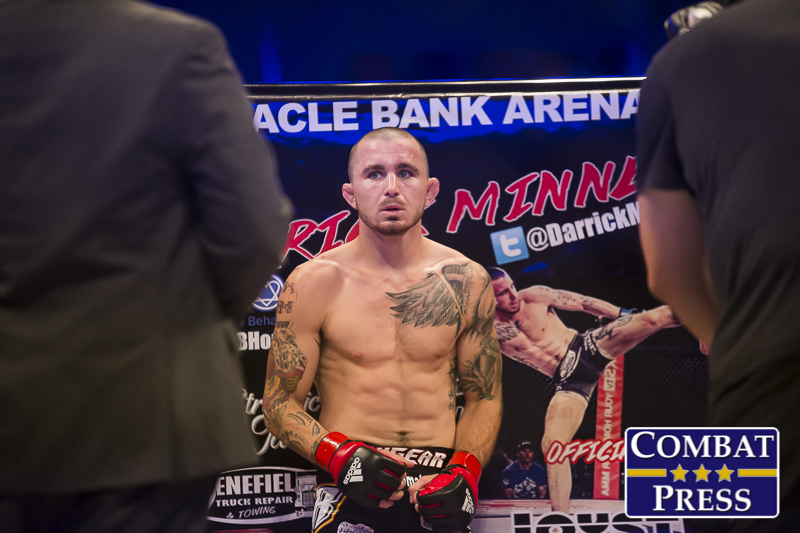 The show’s seventh episode of the season takes place on Aug. 6. The ESPN+ stream gets underway at 8 p.m. ET.

Herbert Burns has good bloodlines — he’s the brother of UFC fighter Gilbert Burns. He’s damn impressive, too. The high-level Brazilian Jiu-Jitsu black belt is an absolute dynamo on the mat. He gets fights there quickly and wastes no time grabbing a submission. His only two losses have come to very high-level guys. Burns gets this opportunity after wowing UFC President Dana White on his Lookin’ for a Fight YouTube series, where he dominated Luis Gomez over just one round. He looks to impress White and friends again when he meets traveled vet Darrick Minner.

There are a couple of very good fights on this card, which makes this a tough pick. However, the main offering between Harvey Park and Omar Morales looks to be the one to watch. Morales has some fun, violent finishes, but it’s Park who is consistently in barnburners. Park is also an impressive finisher, which has quickly shot his stock through the roof, thus getting him this headlining slot. These guys will meet in the middle of the cage, throw down and give us a show for as long as it lasts. The winner could easily net a contract based on entertainment value alone.

Team Sityodtong is certainly a reputable gym with a plethora of solid fighters, but it’s also home to the biggest dog on this card: Jay Perrin. The rear-naked choke specialist trains at the Massachusetts gym to work on his striking game. His career mark is 8-3. All three of his losses have come to subpar talent, which raises a red flag. Two of those defeats were split decisions in close fights, but that doesn’t excuse falling to three guys whose combined record was 13-9. He has a lot to prove here. Perhaps the matchmakers are using him to showcase his opponent, Dwight Joseph, a Team Alpha Male prospect with high upside.

The nickname “Tombstone” is likely to conjure visions of Doc Holliday from the movie named for the town where the shootout at the O.K. Corral took place. Val Kilmer perfectly portrayed the role of that American legend, who was a smooth, badass gunfighter. Mixed martial artists Taylor Johnson possesses the nickname “Tombstone,” and, quite frankly, he looks like he could have been in an Old West posse. Instead of a feared gunfighter, Johnson is a feared wrestler with explosive athletic ability, horrifying ground-and-pound and great conditioning. He doesn’t show his cardio often, as he’s left the first round just once. The Victory MMA rep is just 5-0 in his pro career right now, though, so he lurks in the shadows as a dark horse. This could change with a victory over longtime Brazilian veteran and Contender Series returnee Andre Muniz.

Main-eventer Harvey Park will be in an absolute barnburner, which gives him a leg up on a contract offer. Park is also the reigning LFA lightweight champion, which furthers his chance of joining the UFC roster.

Taylor Johnson will continue his impressive streak. He figures to be a very strong UFC prospect with a high ceiling. With a win over Contender Series vet Muniz, who has over 20 fights, Johnson should be handed a contract by night’s end.

Herbert Burns will join his brother in the UFC after not only an impressive showing on this Contender Series episode, but with his performance on the Titan FC card that nabbed him a spot on this show in the first place.