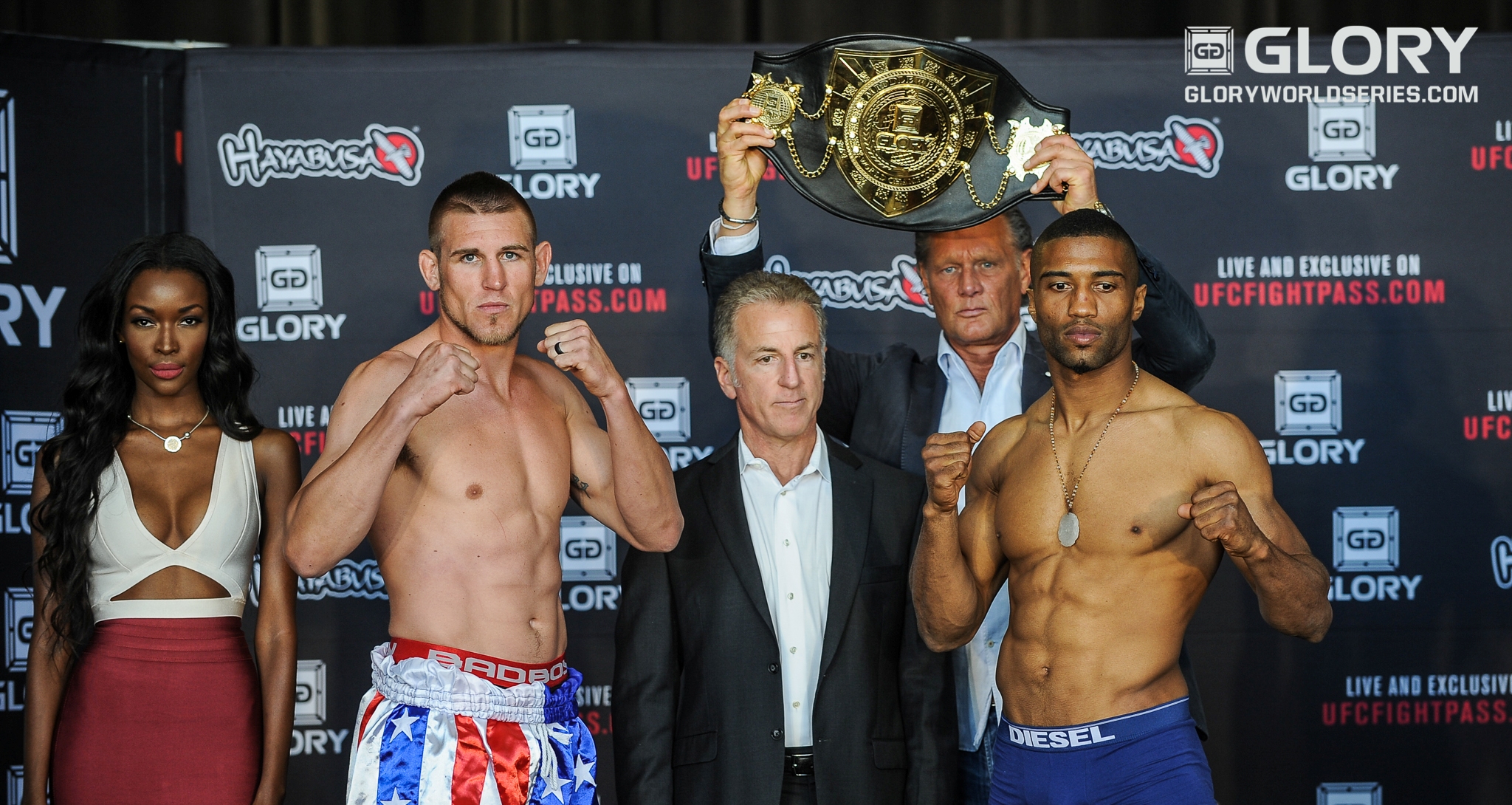 GLORY kickboxing returns to the United States on Friday, May 13, for GLORY 30: Los Angeles. The world’s consensus top kickboxing promotion travels across the Atlantic after two successful events in Europe. The middleweight division will be in the spotlight with four of the world’s top six 187-pound kickboxers fighting at the Citizens Business Bank Arena in Ontario, Calif.

Newly crowned GLORY middleweight world champion Simon Marcus puts his title on the line against surging top contender Dustin Jacoby. Marcus won the title when former champion Artem Levin decided he didn’t want to continue fighting after the third round at GLORY 27. Marcus spent much of the past year tied up with Levin after meeting him for the title twice, with their second of three meetings taking place just over one year ago. Jacoby has been the more active fighter of late, earning his place opposite Marcus with two one-night, four-man tournament victories.

The GLORY qualification tournament series returns as four North American welterweights vie for a position in an upcoming welterweight contender tournament. Tournament favorite Casey Greene is unbeaten since dropping to welterweight in October. Greene puts his impressive GLORY record on the line against Lion Fight veteran Richard Abraham, who is undefeated since debuting at GLORY 27. Greene holds wins over the two men fighting in the other tournament semifinal, Francois Ambang and Daniel Morales. Ambang held his own against Greene before getting finished at GLORY 24, and Morales went the distance with Greene in a losing effort at GLORY 27.

The stacked GLORY Super Fight Series features two of the world’s top middleweights fighting for their shot at the winner of the middleweight main event. Joe Schilling returns to face Jason Wilnis in a rematch of their hotly contested GLORY 24 bout just seven months ago. Schilling has won five of his past six fights. Wilnis has stayed active in GLORY and Kunlun Fight. He is coming off a win over former top-10 middleweight Filip Verlinden at GLORY 28.