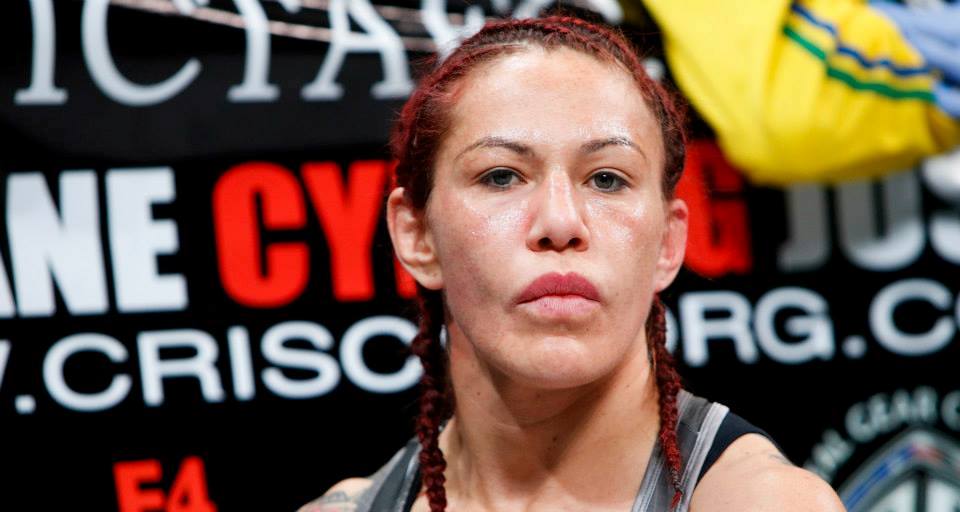 Legacies, for any athlete, are fragile to grow and later maintain. Every athlete is judged based on that principle. Not by how much money they made or anything else, but simply based on how great they are and how dominant they had been during their career.

Lately, a lot of people, fans and media alike, have pushed UFC women’s bantamweight champion Ronda Rousey as the best of all time. It’s hyperbole considering she still competes and hasn’t retired. That isn’t to say she hasn’t been utterly fantastic inside the cage, but to crown someone the best ever, typically that’s reserved for a fighter either near the end of their career or one who has just retired. The 28-year-old Rousey could still conceivably lose a fight, albeit that seems extremely unlikely.

Everybody also wants to push one opponent as the fight that cements Rousey’s legacy. Funny thing is, even if she were to fight that opponent — Cristiane “Cyborg” Justino — the fight isn’t necessary at all to crowning Rousey as the best female and overall fighter MMA has ever seen.

The biggest thing a fight with Justino brings to the table isn’t the fact that Cyborg is easily the next best female on the planet and the only fighter who could conceivably challenge Rousey, but rather it brings the tickets and pay-per-view numbers a fight between the two would do. Rousey’s growing casual appeal and dominance will undoubtedly draw in eyeballs, but a fight with Justino would add in even more eyeballs. Just look at how the UFC marketed Bethe Correia heading into UFC 190. If the UFC could sell a big mismatch like Rousey/Correia, then we might be looking at one of the biggest pay-per-views the UFC could possibly put on when it sells Rousey/Cyborg.

However, that is it. Outside of the financial gains, Rousey’s fight with Justino doesn’t cement the reigning champ’s legacy as the best to ever step into the cage or ring. It helps, but ultimately it’s not the difference between whether she achieves that title or not. When you look at the fighters most discussed as the best ever — Georges St-Pierre, Anderson Silva and Fedor Emelianenko — they all share one thing in common: a long reign of dominance over a division.

All three of those fighters achieved their legacies by simply dominating every opponent that dared to step in against them. Emelianenko was undefeated and stood as the best heavyweight for a decade. Silva dominated the middleweight division so much that his reign made the rest of the middleweights look terrible in comparison with his skill. GSP effectively ruined the careers of multiple opponents who never looked the same after facing him — just look at fighters like Jon Fitch, Thiago Alves and Dan Hardy pre- and post-GSP title fight. Then look at Rousey’s opponents. Most of her foes haven’t been much since their own shot at the champion.

Rousey has accomplished similar feats to those of Emelianenko, Silva and GSP so far in her career. The women’s bantamweight division is already a barren wasteland. There’s Rousey at the top and everybody else fighting for second best. Nobody seems to be able to even get past the one-minute mark in the cage with the champ. It doesn’t even matter the level of opponent Rousey is facing. She is literally fighting the highest ranked opponents at the time they enter the cage (with the exception of Correia, who wasn’t top five before UFC 190). This is still a sport at the professional level, and out of 12 fights, only one person has been past the first round with Rousey. That fighter, Miesha Tate, might have been able to get past the first frame, but even that fight was a one-sided victory in favor of Rousey.

At the end of Rousey’s career, if she is still undefeated, it shouldn’t matter if she has fought Cyborg. Justino hasn’t even been a bantamweight in her career. Who knows if she would even be the same fighter after dropped 10 additional pounds? The weight cut could destroy the one big advantage Cyborg has — her strength and power — and then fans would still question Rousey’s legacy because she didn’t fight the best Cyborg she could because Rousey demanded they only fight at bantamweight. The question marks alone surrounding the fight should be enough to dispel any notion that it is a legacy-cementing bout.

There will always be the people questioning what could have happened, but the same could be said for Emelianenko, who never fought in the UFC (as of this writing), or GSP and Silva, who never fought each other despite fans clamoring for the super fight. Even when they did fight an opponent who was seen as their biggest challenge, they almost always crushed the notion. Rousey, on the other hand, has been flawless, especially in her early career when she was a one-dimensional fighter who couldn’t possibly keep armbarring every opponent. Fun fact: she did armbar those opponents, and they all knew it was coming and still couldn’t stop it.

Unfortunately, there will always be something for everybody to look at as a negative when trying to justify Rousey’s place in the pantheon of MMA greats. People will also judge her because she is a female, something that shouldn’t even matter in the least bit. Dominance is dominance.

As it stands, Cyborg needs Rousey more than Rousey needs Cyborg. Cyborg is a champion in Invicta in a division the UFC doesn’t have and that casual fans haven’t gravitated toward. Rousey, meanwhile, is fighting in title fights that garner a lot of attention and make her MMA’s biggest star. The financial gain of a fight with Cyborg is sure to be great for Rousey, but continuing on the path she is on now will secure her legacy better than any one win over Cyborg could do.