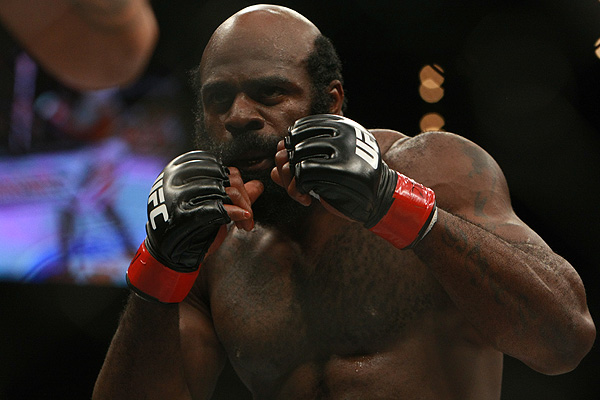 “Don’t let the facts get in the way of a good story.”

That famous quote has been recited in various ways by many people throughout history, from Mark Twain to Tiger Woods. It could have also been said in reaction to a recent claim by Spike TV President Kevin Kay that Bellator MMA is “on even footing” with the Ultimate Fighting Championship.

First, it was Bellator’s unique tournament format that originally set it apart from the UFC, which also carried the motto “title shots are earned and not given.” When that ran its course and Scott Coker took over Bellator, he scrapped the tournament format in favor of building the product around marquee fights like Tito Ortiz vs. Stephan Bonnar, Muhammad “King Mo” Lawal vs. Cheick Kongo and coming this summer, Ken Shamrock vs. Kevin “Kimbo Slice” Ferguson.

One can debate whether it’s a good idea to use aging fighters like Ortiz, Bonnar and Shamrock or sideshow attractions like Kimbo to sell fight cards. The Bellator 131 card in November 2014 that featured Ortiz vs. Bonnar averaged 1.2 million viewers — a resounding success for Bellator and its most successful card to date.

Bellator fight cards on Spike TV have averaged 708,000 viewers since Coker took over as president last year. It has stayed close to that number since the highly rated Bellator 131, averaging roughly 702,000 viewers. Since many have speculated about the UFC’s declining pay-per-view figures over the last couple of years, one might surmise that Bellator has the UFC ripe for the picking.

But not so fast. The devil, as they say, is in the details.

Yes, Bellator’s fortunes have seemingly improved since Coker took over and the organization partnered with Spike TV. Yes, the last two Bellator cards each drew larger viewership than the last UFC Fight Night card on Fox Sports 1 (with Demian Maia vs. Ryan LaFlare as the main event), with that UFC card drawing only 617,000 viewers — among the lowest-rated UFC fight cards (including pay-per-view preliminary cards) since they started airing on the channel.

However, the UFC Fight Night card prior to Maia vs. LaFlare (with Antonio “Bigfoot” Silva vs. Frank Mir in the main event) drew 1.2 million viewers — equal to the highly-promoted Bellator 131 card with the Ortiz vs. Bonnar main event and more than any other Bellator fight card going back to Bellator 122, which occurred not long after Coker took over as president.

Also, the UFC Fight Night card in Boston in January, which featured Conor McGregor vs. Dennis Siver in the main event and was heavily promoted across all Fox platforms, averaged 2.75 million viewers — surpassing Bellator’s highest rating by more than 1 million.

Let’s not forget about the UFC’s pay-per-views either. While buyrates are down, the company has enjoyed a mini-renaissance in 2015 with fight cards featuring main events of Jon Jones vs. Daniel Cormier, Anderson Silva vs. Nick Diaz and Ronda Rousey vs. Cat Zingano. The UFC also recently completed its “World Tour” to promote UFC 189, with Jose Aldo taking on McGregor for the featherweight title in the main event. That card is expected to result in one of the largest amount of PPV buys to date for the UFC.

Bellator has made strides since its inception and provides an entertaining alternative to the UFC. But to quote the late, great Stuart Scott, it’s still the UFC’s world. Bellator is just paying rent.