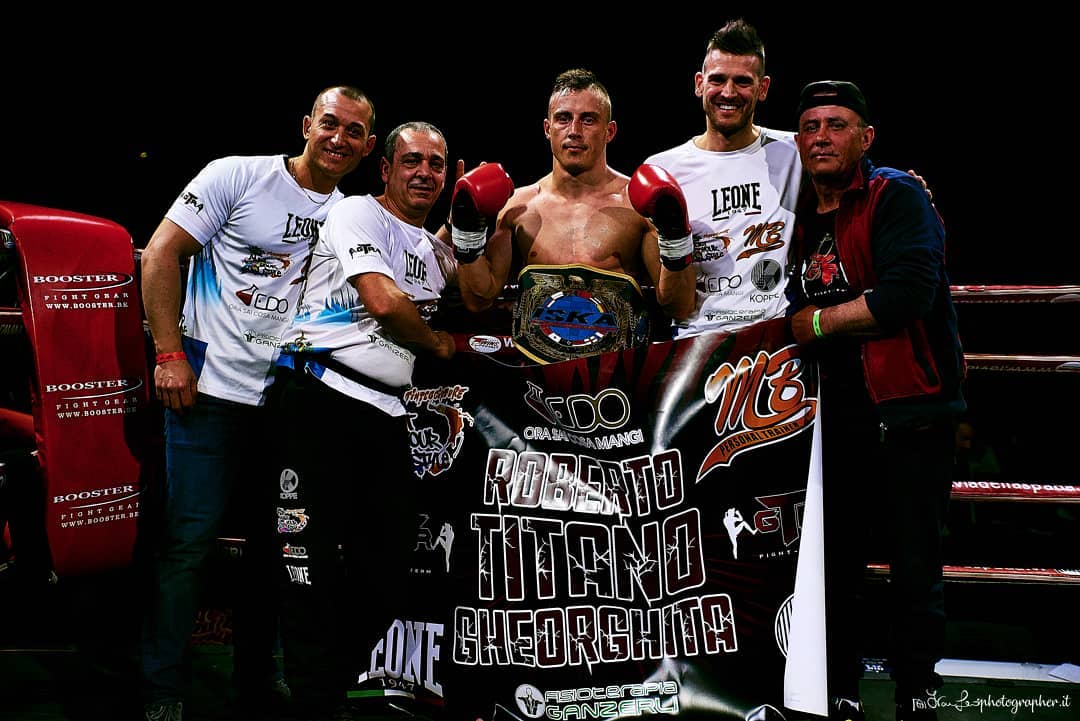 The Arena 3 Results: Gheorghita, Peritore Among Winners in Milan

Since March 2020, Italy has been living under the strongest COVID-19 lockdown in the world. Among several limitations, all amateur sports, with just few exceptions, have been halted and all the gyms are closed.

Combat sports are arguably the ones feeling the most damage. Training is very difficult for professionals due to a lack of training partners. Of course, all events are allowed only without attendance. In the last 12 months, fighting events have been sparse. Then came The Arena 3, promoted by former GLORY fighter Marco “The King” Re and hosted by GM Gym.

The Arena 3 took place on Saturday, March 27, in Milan. The event was without attendance and controlled by the police (without sanctions) before starting. Some fights will be broadcast on Italian network RAI Sport in the coming days.

The main event was an ISKA 65-kilogram Oriental Rules title bout, with Roberto Gheorghita from the Republic of San Marino up against French fighter Medhi Larbi. “The Titan” Gheorghita won a tough fight by unanimous decision. An official warning to Larbi in the fourth round due to an illegal elbow was probably the decisive factor in the scorecards.

The event also hosted a “Road to Oktagon” elimination bout. Since 1996, Oktagon has been a significant combat-sports event in Italy. During the last 25 years, it has hosted the Italian events of K1 Corporation, GLORY Kickboxing and Bellator. Now, it is a partner of ONE Championship. The fight featured Nicolas Novati, who defeated Gianmarco Aireti by unanimous decision.

Very special guests were in attendance as well. The Petrosyan brothers, Giorgio and Armen, and former ONE welterweight title challenger Iuri Lapicus, who is scheduled to fight Eddie Alvarez on April 7 at ONE on TNT 1, were present. The Petrosyans manage Team Multi Fight in Milan, where Lapicus trains. They cornered two fighters in Fight Code Rules bouts.