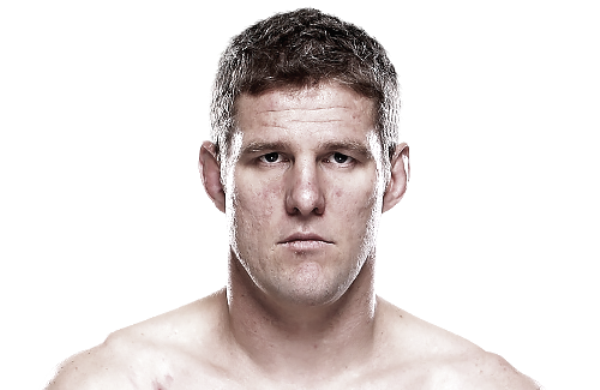 UFC’s Daniel Kelly: Not Quite Undefeated, and Happy to Admit It

When something is recorded on paper or on the various trusted websites on the internet, it’s basically taken as gospel. That’s especially true in mixed martial arts, where we rely heavily on records that are given to websites like Sherdog, which is often the go-to place to analyze a fighter’s win-loss record.

When Daniel Kelly was featured in The Ultimate Fighter: Nations reality series, he lost a fight. However, because of the nature of the show, the bouts are recorded as exhibition fights and thus do not affect a fighter’s professional record.

On paper, Kelly is an undefeated 37-year-old making a late run to the UFC. In his mind, though, he needs to make amends. No matter what is written down, he knows the truth.

“I have a lot of arguments with my coach about this,” Kelly explained to Combat Press. “I don’t consider myself undefeated. I lost in the house. Regardless of [whether] it counts on your record or not, it counts in my head. I don’t consider myself undefeated at all. It was a fight. I was organized; I got my hands tapes; I had the same nerves. I lost. I haven’t got an undefeated record. It’s as simple as that, in my opinion.”

Going through the whole reality series experience with The Ultimate Fighter isn’t for everyone. There are limitations to training and living conditions that are often worlds away from what a fighter is used to. It’s all part of the experience, and by now fighters know very well what to expect. That doesn’t mean it’s not a hard thing to deal with, though.

“To be honest, I didn’t realize how much I’d miss my family,” Kelly confessed. “Having no contact at all was horrible. I mean, that’s part of the deal—I knew that going in—but it was just harder than I thought it’d be. Being in the house, it fast-tracked this opportunity that I’ve got now, so I’d have to say I would do it again, regardless of how I felt.”

When Kelly was initially cut loose from his obligations with the UFC without a finale fight, he went back to the Australian circuit to try to bounce back. Kelly took a fight at AFC 9 on May 17 against Ben Kelleher, another fighter who had tried out for The Ultimate Fighter series. Kelly came out with the victory in the second round by way of rear-naked choke. In the process, he set his path back toward the big show.

“I felt good,” Kelly admitted. “I was actually really happy with how I went. My stand-up felt like it had improved. Ben’s a high-level kickboxer, so I actually felt really good and happy with how I fought. I’ll be honest, I was booked to fight for the AFC title, but I cracked my collarbone.

“It was a small crack right next to the sternum, and I was back training the week after I was meant to fight at AFC. It was just for the three weeks leading up to it I couldn’t do anything. I couldn’t run to make weight, I couldn’t do anything, and I thought that would probably cost me getting a call-up [to the UFC]. And then the week after that, I got a call saying we’ll put you on in November. I’d been in contact with them after the Kelleher fight asking them and they said, ‘We’ll see. We’ll see. We’ll see,’ so I was a bit surprised. I thought it would take me some more fights, to be completely honest.

“I was very excited. My heart missed a beat. The house experience was very difficult and it didn’t go anywhere near how I wanted it, and this is a big opportunity for me and some redemption from that.”

Kelly is no stranger to competing on the big stages of sport. In his judo career, he competed in four straight Olympic Games from 2000 through 2012. Although he didn’t walk away from the premier experience as an athlete with a medal, it primed him for competing on the biggest stage in sport.

“I dreamed of it,” Kelly recalled. “The first Olympics I ever watched was Seoul in 1988, and ever since then it was my dream to compete in the Olympic Games. And 12 years later, I had the opportunity to do it for the first time. Competing in the UFC is the pinnacle of any mixed martial artist’s career. That’s where they wanna go and that’s where they wanna stay, so that’s the ultimate goal. I’ve just gotta go and make the most of it now.”

With his big opportunity coming on Nov. 7 (or Nov. 8 for those in attendance in Australia), Kelly knows that he has just one chance to make amends for his showing on The Ultimate Fighter. Luke Zachrich will stand in his way in Sydney, and Kelly sees this as his one and only chance to prove he deserves to be in the UFC.

“I wanna show this is where I belong,” Kelly said. “I wanna show I belong in the UFC and that what happened in the house is just wiped away. That’s what I want.”

Daniel would like to thank Resilience Training Centre and Elite Sports Australia supplements, as well as his wife and his coaches. Follow Kelly on Twitter: @DanKellyJudo
Advertisement