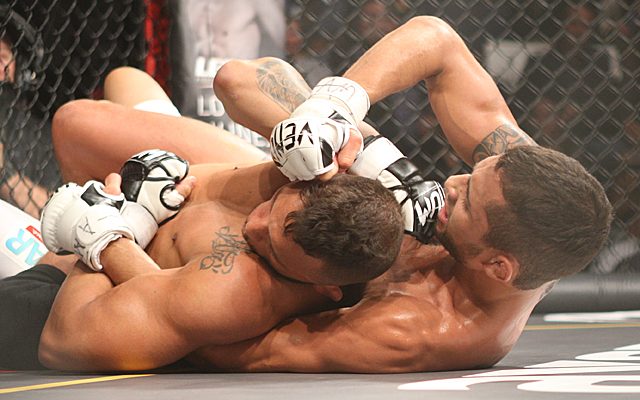 Five Men’s Flyweight Prospects the UFC Should Sign in 2021

Personality and skill. That is the desirable combo that this Cage Warriors flyweight champion possesses. The combination will serve Hadley well in this sport, and it should get him attention from the UFC in 2021. He could make an impact quickly, too.

The seven-fight prospect has blasted his way through the competition. Hadley scored EFC flyweight gold in just his fourth pro fight when he bested The Ultimate Fighter alum Nkazimulo Zulu. He also fought under the Bellator banner, where he choked out Blaine O’Driscoll. In 2020, he continued his success with a knockout of respected vet Shaj Haque before dominating fellow top 125-pounder Luke Shanks to claim the Cage Warriors belt.

Hadley is just 24 years old. The brash Brit is already good and has a chance to make a name for himself in a division in need of stars. He already holds championship gold, and if he’s brought to the UFC, he could easily work his way into title contention with just a couple of impressive wins.

The flyweight division seemed like it would be gone from the UFC not long ago, but it has fought its way back from the brink. This is not only great for the division and its fans, but for fighters like the undefeated Kerefov.

It would be easy to criticize Kerefov for his lack of finishing prowess — he has just four stoppages in 14 fights — but his abilities cannot be denied. The man is a strong athlete with good wrestling. He controls opponents well. He also has not taken many easy fights in his career, which could explain why his finishing rate isn’t higher. Kerefov’s 2020 started off with a win over fellow undefeated top Russian flyweight Mansur Khatuev. Then, he added a victory over the very experienced Kurban Gadzhiev in a rematch of a 2018 bout.

With the UFC continuing to rebuild the flyweight division, Kerefov seems like a no-brainer signing. He could get a couple of quick wins and then be ready for a title fight. This guy has the potential to be a future champion.

Magomedov is a rugged and tall flyweight who has run roughshod over the competition thus far.

Magomedov, like the aforementioned Kerefov, has a lot of decisions on his record, especially in his recent fights. However, they have been very dominant wins against top fighters. He is an outstanding wrestler with nasty top-game skills, including ground-and-pound and submissions. In 2020, he scored wins over top-25 prospects Goga Shamatava and Josiel Silva.

Magomedov is similar to Kerefov in many ways, which is why it would be great if the UFC snagged both men. If not, then it would not be a surprise to see them clash for gold with their current employer.

It’s hard to call a 27-fight veteran a prospect, but that’s definitely the case with Puerta, a 32-year-old American Top Team member who has become a top 125-pounder outside a major MMA organization. He has fought three times since September, running the gauntlet to really emerge as a breakout fighter.

Puerta is a fantastic grappler with an excellent track record of submission wins. The Titan FC roster member had a great 2020 in which he earned victories over Joe Penafiel, Franklin Mireles and grizzled veteran Nate Williams. In all of his wins, Puerta looked like a dominant fighter in the prime of his career. He has not lost since April 2017, when he fell to fellow top prospect Jared Scoggins.

With his experience, Puerta should be on the UFC roster immediately. He could immediately take on a top-10 opponent

This list generally doesn’t include fighters coming off a loss, but an exception can be made in the case of Smith. The 25-year-old Elevation Fight Team product has insane potential and is a top-notch athlete who, up until his last fight, was dominating the competition.

Smith is a high-level wrestler who competed collegiately at Iowa Central, the same school where Jon Jones did his amateur grappling. Smith has plenty of athleticism and explosiveness, and when he gets on top of an opponent, he’s easily able to sink in chokes and smash them with ground-and-pound. Prior to his submission loss to Jimmy Flick on Dana White’s Contender Series, Smith had chalked up six straight wins, including one in his other 2020 bout where he punched out Sean Stebbins.

Smith likely needs to score a win before the UFC signs him. If he is able to have his hand raised once or twice early in 2021, there is no reason why the company should not add him to the roster. He definitely has the skills to hang.