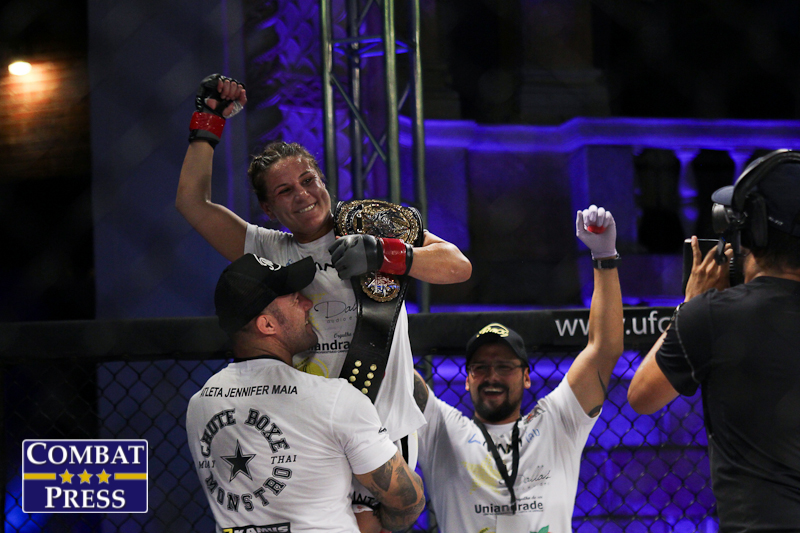 In the night’s main event, flyweight champion Jennifer Maia put her belt on the line against veteran Roxanne Modafferi. The Brazilian Maia captured gold at Invicta FC 16 in March in a “Fight of the Year” battle with Vanessa Porto. The 27-year-old currently rode a four-fight winning streak. Modafferi, meanwhile. had won four of her five appearances in the Invicta cage. The UFC and Strikeforce veteran had won back-to-back fights over DeAnna Bennett and Mariana Morais to earn her shot at gold.

Below is photo gallery of all the night’s action shot by Jeff Vulgamore and Joe Witkowski of Combat Press. Click an image for a larger version.