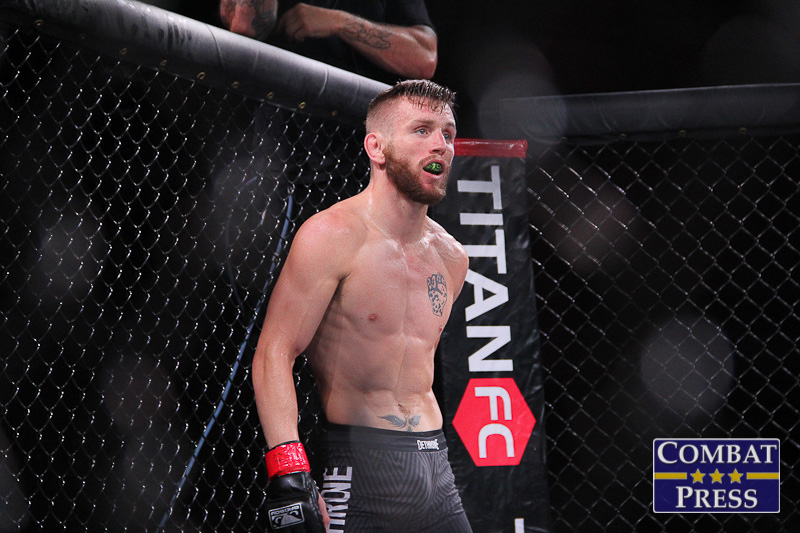 Did the Tournament of Champions Save ‘The Ultimate Fighter’?

Re-hashing the same ideas can get old very quickly. The audience loses focus and the ideas never evolve into something more than a never-ending loop.

This was true of the UFC’s The Ultimate Fighter franchise. Even the die-hard fans began to grow tired of the same recurring themes. The coaches “hate” each other. The teams are made up of growing up-and-comers who most fans had never heard of prior to their appearance on the show. The winner usually fell between the cracks as he or she made their way into the Octagon.

It became stagnant. It seemed that the end would be near for this series that helped bring MMA into the mainstream — well, closer to it anyway. Then, The Ultimate Fighter 24 happened.

Let’s be honest. The expectations for another season of TUF were pretty low. The concept applied to the 24th edition of the series, though, turned that idea on its head.

The Ultimate Fighter: Tournament of Champions brought new life to the dying show. It showcased flyweight champions from smaller promotions around the world. The goal for these athletes was to get a chance at arguably the top flyweight, and perhaps the top pound-for-pound fighter across all weight classes. Of course, we’re talking about Demetrious “Mighty Mouse” Johnson.

The cast revealed some new blood for the division, including Brandon Moreno and Hiromasa Ogikubo. It also showcased a few familiar faces, such as Tim Elliott and Damacio Page. The series got off to an amazing start, as the first eight bouts never made it to the judges. These were competitive and exciting fights through and through, which was the shot in the arm that the TUF series needed. Even though six of the next seven fights went to a decision, they were still fights that showcased talent that the UFC had finally recognized.

In the end, UFC veteran Elliott earned the chance to take on Mighty Mouse. Pause here for a minute and go back to watch that fight again. Elliott’s clash with Mighty Mouse was easily one of the best flyweight championship bouts in recent memory. At no point was Elliott in any serious danger. He was able to try more submission attempts than had ever been thrown at the champion before. Elliott was unsuccessful in his bid to capture the title, but he may have been a part of something far greater than just a title scrap.

I had a chance to reach out to Geane Carlos Herrera, a current UFC flyweight, who said that he would’ve loved to have fought some of the cast members during this previous season.

Herrera added that it was the champion aspect that brought excitement to the season.

“There’s still a lot of talent that [had been] unexplored,” Herrera said of the show and what it revealed about the flyweight division. His outlook on the season was shared by many.

TUF 24 showcased more than just the drama and names that didn’t previously draw fans to the show. It offered fans from all around the world an opportunity to cheer for champions from their own region’s organizations and see how these respective champions would fare in the big lights of the UFC.

It looks like TUF is going to be around for at least another season, and it’s an interesting one again.

The Ultimate Fighter: The Comeback brings an interesting spin to the series by providing former UFC talent with a chance at — you guessed it — UFC gold. In one of the greatest upsets of all time, Matt Serra dethroned champion Georges St-Pierre for the welterweight title after making his way through the only previous “comeback” season of the reality show. It was an innovative idea that the UFC has not used in TUF since. Until now.

Recently, the UFC announced that newly crowned bantamweight champion Cody Garbrandt, fresh off his dominant win over Dominick Cruz, would coach opposite his former teammate and former champ T.J. Dillashaw. This has the potential to be an explosive season for the coaches alone, as the history between these two men is sure to lead to some heated moments during the show. Add in Garbrandt’s temper, and it seems that fans may see another reality-show performance on par with Quinton “Rampage” Jackson’s door-decimating antics on season 10.

The curveball of the upcoming season is that some of the fighters competing are already on the UFC roster. The cast is going to be made up of former TUF contestants. While it’s not as exciting as the “Tournament of Champions” format that just concluded, it’s an interesting way of bringing a sense of nostalgia back to the series itself without bringing back fighters who just won’t call it quits even when they should — with all due respect, we’re looking at you, B.J. Penn.

What would be quite the intriguing match-up would pit James Krause against Zak Cummings. The two men are currently teammates and have been for quite some time. Both fighters were in the corner of current interim Invicta featherweight champion Megan Anderson recently. Krause and Cummings showed up at the tryouts for this upcoming season, as did such notable “personalities” as Junie Browning and Julian Lane.

In an even more fascinating fun fact, this will be the third season out of the last four that features a member of Team Alpha Male in the coaching role. Joseph Benavidez and Urijah Faber took the helm previously, and now it’ll be Garbrandt’s turn.

The flyweights may have single-handedly saved this series and breathed new life into it. Maybe now the fair-weather and die-hard fans alike will pay a lot more attention to the literal “little guys.”