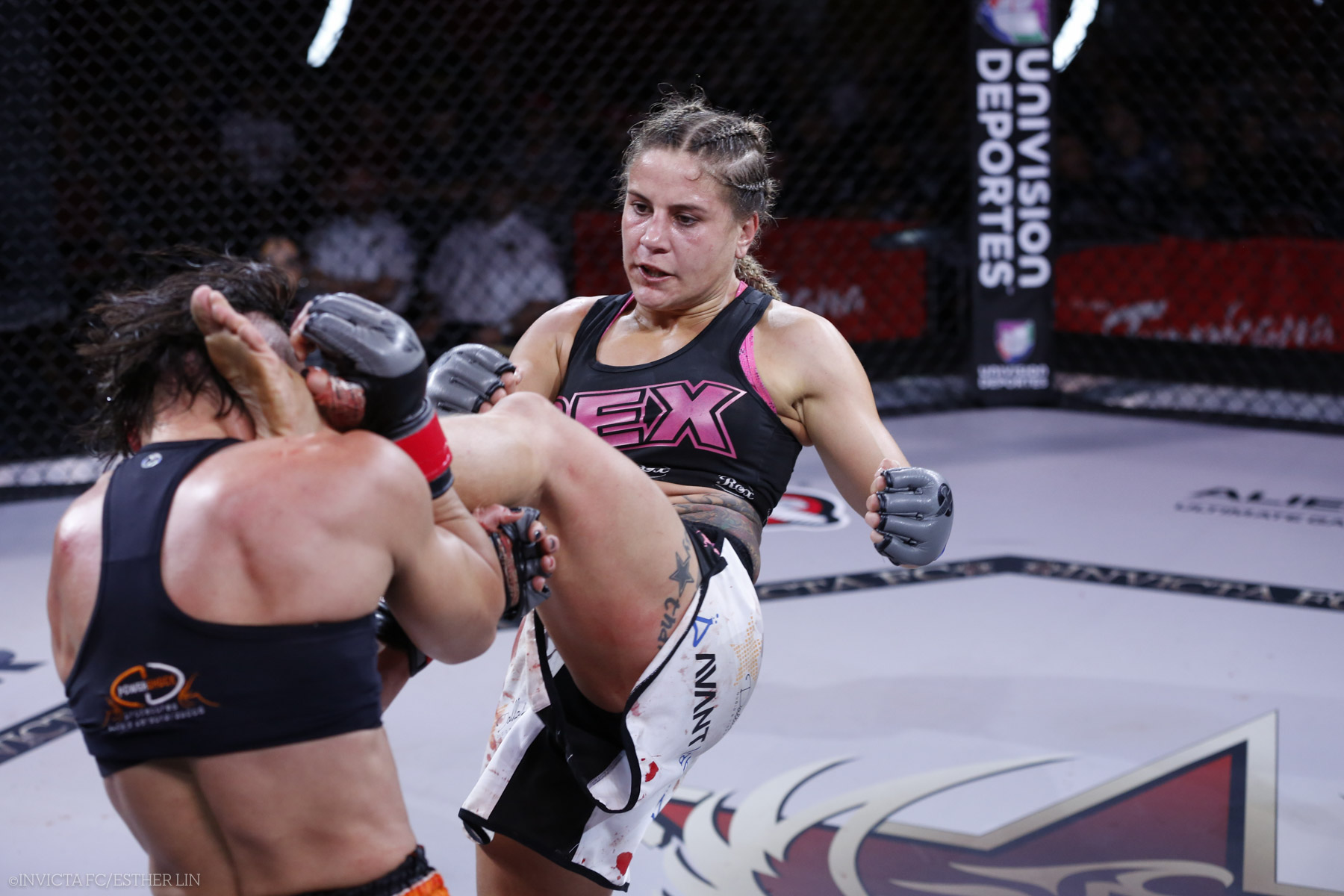 In the night’s main event, flyweight champion Jennifer Maia put her belt on the line against veteran Roxanne Modafferi. The Brazilian Maia captured gold at Invicta FC 16 in March in a “Fight of the Year” battle with Vanessa Porto. The 27-year-old currently rode a four-fight winning streak. Modafferi, meanwhile. had won four of her five appearances in the Invicta cage. The UFC and Strikeforce veteran had won back-to-back fights over DeAnna Bennett and Mariana Morais to earn her shot at gold.