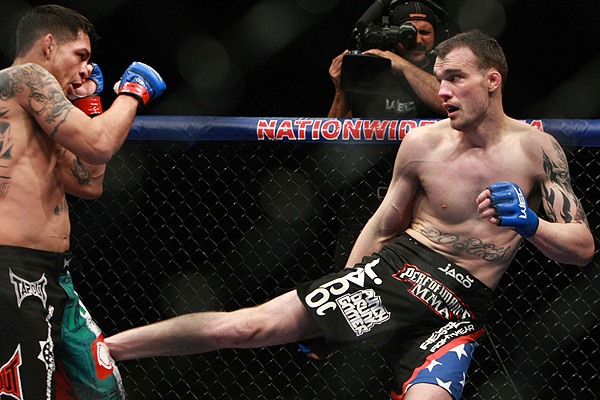 Today, the South Korean promotion announced the addition of UFC and WEC veteran George Roop to an exclusive, multi-fight contract.

The 34-year-old American will be making only his second appearance outside of the United States. Roop is most known across Asia as the “Zombie Killer”, the first man to ever stop the popular South Korean superstar “The Korean Zombie” Chan Sung Jung. Roop finished Jung with a switch left head kick in the second round to earn ‘Knockout of the Night’ honors at WEC 51 in September of 2010. Since that career-boosting stoppage, Roop has traded wins and losses in his 10 UFC bouts since debuting with the promotion after the win. Roop picked up wins over Reuben Duran, Dustin Kimura and Josh Grispi in his time with the promotion, with his biggest win coming against former WEC bantamweight champion Brian Bowles, in what was maybe the best performance of his 27-fight professional career.

The signing comes on the backing of recent increased desire from ROAD FC to pursue global expansion. The company’s president, Jung Moon-Hong, has never shied away from his intentions to compete with the world’s largest MMA promotions. With the recent addition of Chinese media group Xiaomi, an increased pursuit of talent and solid attendance and television numbers in expanding markets, it’s hard to imagine a world where the always entertaining promotion doesn’t continue to grow.

Speaking of growth, one can only speculate the plan for Roop’s future, however the options are many as the budding rivalry with Jung’s home gym, and the talent-filled bantamweight and featherweight divisions will offer many exciting match-ups. ROAD FC previously announced an openweight tournament to take place in the Fall of 2016 that could potentially feature fighters in the lighter weight divisions and most importantly to the fighters, a grand prize of $800,000 US Dollars.