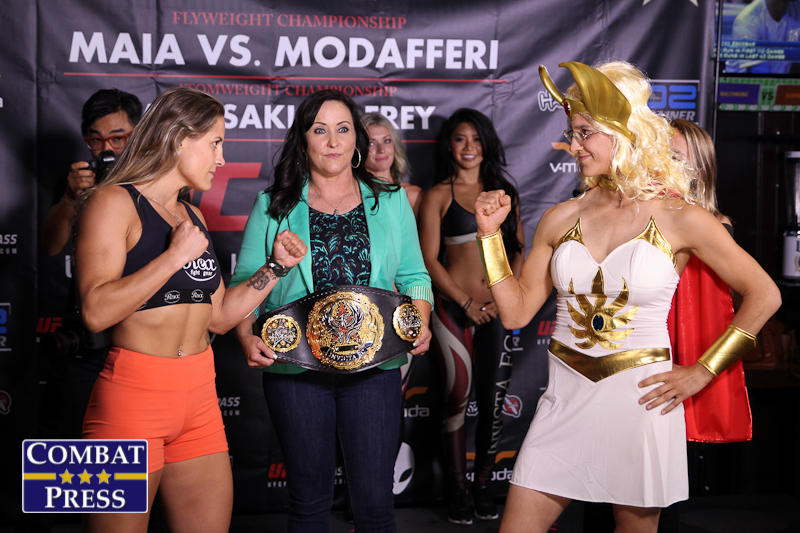 In the night’s main event, flyweight champion Jennifer Maia will put her belt on the line against veteran Roxanne Modafferi. The Brazilian Maia captured gold at Invicta FC 16 in March in a “Fight of the Year” battle with Vanessa Porto. The 27-year-old currently rides a four-fight winning streak. Modafferi, meanwhile. has won four of her five appearances in the Invicta cage. The UFC and Strikeforce veteran has won back-to-back fights over DeAnna Bennett and Mariana Morais to earn her shot at gold.

The co-main event also features gold on the line as atomweight champion Ayaka Hamasaki aims to make her second title defense against Jinh Yu Frey. Japan’s Hamasaki was last in action in March, submitting challenger Amber Brown via third-round armbar to retain her belt. Frey will enter the title match-up having won three straight fights, including a decision win over former champion Herica Tiburcio in her last outing.

The fighters hit the scales on Thursday, Sept. 22 at 8 p.m. ET. For video and results of the weigh-ins, click here.