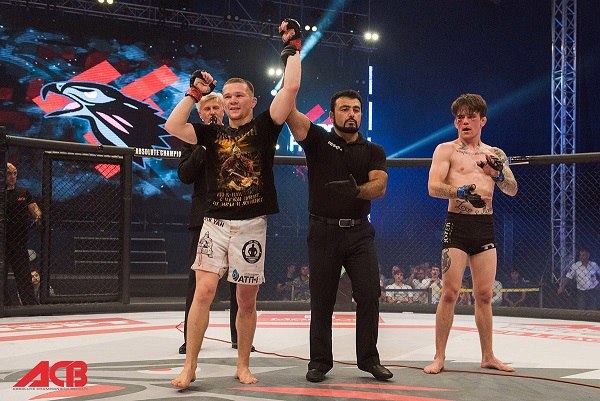 Yan lost the undisputed title to Sterling in Mar. 2021 under bizarre circumstances. The Russian was cruising to victory when in the fourth round, he inexplicably hit an illegal knee on the grounded Sterling. Sterling could not continue, and Yan was disqualified. The belt changed hands.

Sterling underwent neck surgery soon after this, and the two fighters were scheduled to have their rematch at UFC 267 in Oct. 2021. However, Sterling pulled out of the bout, citing a myriad of issues he was dealing with after the surgery. Subsequently, an interim title fight was made between Yan and Cory Sandhagen for the same card. Yan won by unanimous decision to set up Saturday’s fight.

Yan’s loss to Sterling was the only blemish on what has otherwise been a perfect Octagon record. His dominant performances and diverse skillset have led many to argue that the 29-year-old is already the pound-for-pound best fighter in the UFC. Will he be able to make this a reality?

Being the pound-for-pound number one is usually contingent on a fighter defending their title several times, having definitively proven that they are the best in their weight class over a prolonged period of time. Yan’s loss to Sterling set him back in this aspect, but there is a strong argument that he is the most skilled male fighter in the UFC.

Ahead of the Russian’s first encounter with Sterling, many analysts predicted that the challenger’s only path to victory would be through a submission. Sterling was coming off his impressive first-round rear-naked choke victory over the aforementioned Sandhagen. Yan had displayed excellent takedown defense in the UFC, but the way Sterling was quickly able to climb Sandhagen’s back and cinch in the choke, displayed that the then-champion would have to be wary in this aspect. Some were also skeptical of Yan’s ability, as he had a perceived-weak strength of schedule for someone who was at the top of the sport. His two best victories at the time were viewed as being against men who were past their prime in Urijah Faber and Jose Aldo.

Sterling was on a five-fight winning streak at the time and was expected to give the champion his toughest test. The New York native started the contest at a ferocious pace, but this strategy quickly unraveled, as Yan was able to weather the storm, and Sterling fatigued badly. Yan knocked the American down in the opening round and dominated the remainder of the bout without even seeming to exert himself. The Russian showcased some stunning grappling, both in terms of offense and defense. He stopped 16 of Sterling’s 17 takedown attempts, while he took the challenger down seven times on all seven of his own takedown attempts. Interestingly, these takedowns came via unorthodox methods, such as trips and foot sweeps. Dominating a grappler like Sterling in his own realm, and with such nonchalance, revealed Yan’s well-rounded ability on the biggest stage. He had been previously shown glimpses of his offensive grappling, but this was the first time he had displayed the full extent of his ability in this department.

Ahead of his contest with Sandhagen, many people were eager to find out whether Yan could out-strike an athlete as calculated and technically proficient as Sandhagen. Sandhagen made a fast start, and his sheer volume seemed to trouble Yan in the first round. However, this is normal for Yan, who appears to almost intentionally start slowly in order to make reads and understand his opponents game plans. He seemed to win a back-and-forth second frame, but he only fully took control in the third. The turning point came when Yan landed a spinning backfist-left-hand combination which put Sandhagen down. The Russian upped the ante from this point and dominated the rest of the bout. Being able to cleanly land such an unorthodox combination on an elusive, talented fighter like Sandhagen, speaks volumes to Yan’s brilliance on the feet.

Yan is a heavy favorite heading into Saturday’s rematch with Sterling, partly due to the one-sided nature of their first bout, and also because of the questions around Sterling’s recovery from his surgery. In spite of this, Yan cannot overlook his hated rival, who is still arguably the most dangerous jiu-jitsu player at the top of the bantamweight division. It must be remembered that Sterling was dealing with neck issues during the first contest, which almost certainly hindered his performance. His strategy in the first fight was chaotic and wild, perhaps stemming from a need to end proceedings quickly due to his compromised physical condition. After already sharing the Octagon with Yan once, Sterling will undoubtedly be better prepared this time round.

If Yan is able to secure the victory this weekend, he will likely face either T.J Dillashaw or Jose Aldo in his next outing. Yan defeated Aldo to become champion, but the former featherweight title holder has reeled off three consecutive victories to re-insert himself into title contention. Dillashaw secured a controversial split-decision win in his comeback bout against Sandhagen, following his two-year suspension for testing positive for the banned substance EPO. Dillashaw is expected by many to give Yan his toughest challenge, considering how well-rounded he is.

In terms of the official pound-for-pound rankings, Yan will not become number one even if he re-claims the undisputed championship, as there are currently several fighters with more title defenses than him. However, if he emerges victorious on Saturday, Yan will become the youngest current undisputed male UFC champion, just like he did when he first captured undisputed gold in 2020. With all of the male champions being several years older than him, Yan has a great opportunity to eventually officially attain the pound-for-pound best title. For this to occur, Yan must avoid the lack of discipline that cost him the undisputed championship. In their first meeting, Yan lost control against Sterling, who had been trash-talking incessantly in the build-up. Sterling has doubled down on this ahead of their rematch. Kamaru Usman and Israel Adesanya have had successful title defenses against opponents who antagonized them in the build-up. Yan will need to learn from these pound-for-pound greats in order to one day replace them at the very top of the sport.