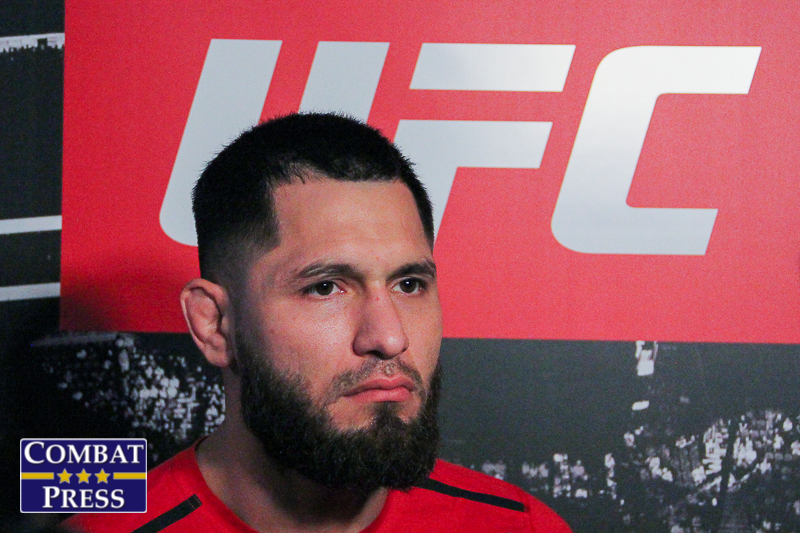 Will Jorge Masvidal Regain His Momentum at UFC 272?

Jorge Masvidal takes on bitter rival Colby Covington in the main event of UFC 272 on Saturday night. He is coming off a devastating knockout loss, and there are questions about his ability to still compete at the highest level.

Will Masvidal be able to regain his momentum this weekend?

Masvidal has lost a significant amount of the momentum that he had heading into 2020. With his victories over Darren Till, Ben Askren and Nate Diaz, the 37-year-old had a career resurgence and ascended to superstar status. Even when his three-fight winning streak was broken by Kamaru Usman at UFC 251 in July 2020, in an uneventful title bout, it was Usman who was criticized by fans. The fact that he took the fight on six days’ notice after Gilbert Burns tested positive for COVID-19, further insulated Masvidal from backlash. His popularity at the time was reflected by the success of the UFC 251 pay-per-view. Some sources claimed that this card generated approximately 1.3 million buys. If this number is accurate, this would be the highest-selling UFC pay-per-view in the last 12 years that didn’t involve Conor McGregor.

Masvidal became inactive after 2019, and this could have been attributed to his new-found superstar status. Understandably, he wanted to capitalize on his fame from a financial perspective, but this led to some disagreements with the UFC that ultimately slowed his momentum. In mid-2020, Masvidal was widely regarded as the number-one contender at welterweight. However, during negotiations with the UFC for his contract for the championship fight, Masvidal publicly stated that he felt he was being undervalued by the company. After the two parties failed to come to an agreement, Masvidal was passed over for the title fight, with Gilbert Burns being scheduled to face Usman at UFC 251.

He would ultimately end up securing the financial offer he was looking for and ended up facing Usman on short notice. He retained his popularity after this bout, but the aura he had at the time was somewhat diminished by the loss.

Masvidal’s inactivity following that fight seemed to turn some fans against him. When he did receive another title shot against Usman without competing again since their first bout, many were critical of Masvidal and the UFC on social media. Social media reaction can be an unreliable barometer of a fighter’s popularity, but it was still striking to see the negative responses towards a man who, not long before, was the most beloved athlete in the UFC. In retrospect, Masvidal’s inactivity during this time seemed to prevent him from fully capitalizing on his popularity and furthering his career. It is difficult to begrudge Masvidal for prioritizing financial reward ahead of career progression, especially considering his humble beginnings and the fact that he did not reach superstar status until 17 years into his career. He undoubtedly thrived from a monetary perspective, but it could be argued that he squandered a short window of opportunity when he could have feasibly transcended the sport in the way McGregor has.

His reputation took another hit after he was defeated in shocking circumstances by Usman at UFC 261 in Apr. 2021. The image of Masvidal lying unconscious, after being knocked out by Usman in the second round, was something that many fans never expected to see. The Miami native had only been knocked out once in 51 professional bouts up to that point, and even that was considered to be an early stoppage. He had built a reputation as one of the most durable athletes in the sport and had overcome adversity in several fights in the UFC.

His recent setbacks make Masvidal’s upcoming bout with Covington a make-or-break fight in terms of the final part of his career. Even with a loss, Masvidal’s name and popularity will still enable him to secure high-profile, lucrative bouts against big stars. However, his relevance at the top of the division would be severely diminished. Considering Usman is still champion, this already seems to be the case. However, if the 34-year-old loses the belt, Masvidal could get another chance to compete for UFC gold if he overcomes Covington, as Covington is the top-ranked contender.

In terms of the fight, most fans and analysts are expecting Covington to prevail by utilizing a grappling-heavy approach. Masvidal will be confident that he has the skills to be competitive in this department. He has displayed excellent takedown defense throughout his UFC run, with the best example of this coming against Usman in their first encounter. Despite taking the fight on short notice, and clearly not being in his best physical condition, the 37-year-old was able to stop 11 of Usman’s 16 takedown attempts. This was an impressive feat against a man with the wrestling credentials of the champion. The key for Masvidal on the ground appears to be preventing Covington from chain-wrestling and implementing the suffocating, pressure style that has overwhelmed so many of his opponents.

In order to do this, Masvidal will need to first get Covington’s respect on the feet. This is an area where he is expected to have the advantage, but he will need to be wary of avoiding the same mistake he made in the rematch against Usman. Ahead of that contest, Masvidal and his management derided Usman for his clinching strategy in their first meeting and dismissed his striking. This was also evident in the fight, as just seconds before he was knocked out, Masvidal was smiling at Usman and didn’t appear to take the champion’s stand-up game seriously. The Miami native paid the price for this and suffered just his second knockout loss in 50 professional contests.

Covington has made significant improvement in his striking over the years, and he most notably troubled Usman several times on the feet in both of the bouts between them. He has always been adept at throwing volume, but he now seems to be able to deliver more meaningful, accurate blows. He showcased his durability in the rematch with Usman, and this shows that he will not be easy to put away on the feet for Masvidal.

No matter what the result is on Saturday, Masvidal’s legacy as a pioneer of MMA is set in stone. His improbable journey from street fighting to competing at the highest level in the UFC inspired a generation of fighters to get into the sport. His rise from middling veteran to box-office attraction was one of the most captivating runs in recent memory. A spectacular victory against Covington, in one of the most bitter grudge fights in UFC history, would once again elevate Masvidal to the heights of 2019. However, a loss would be devastating to his pride and would likely mean that he never recaptures the momentum that made him a superstar.