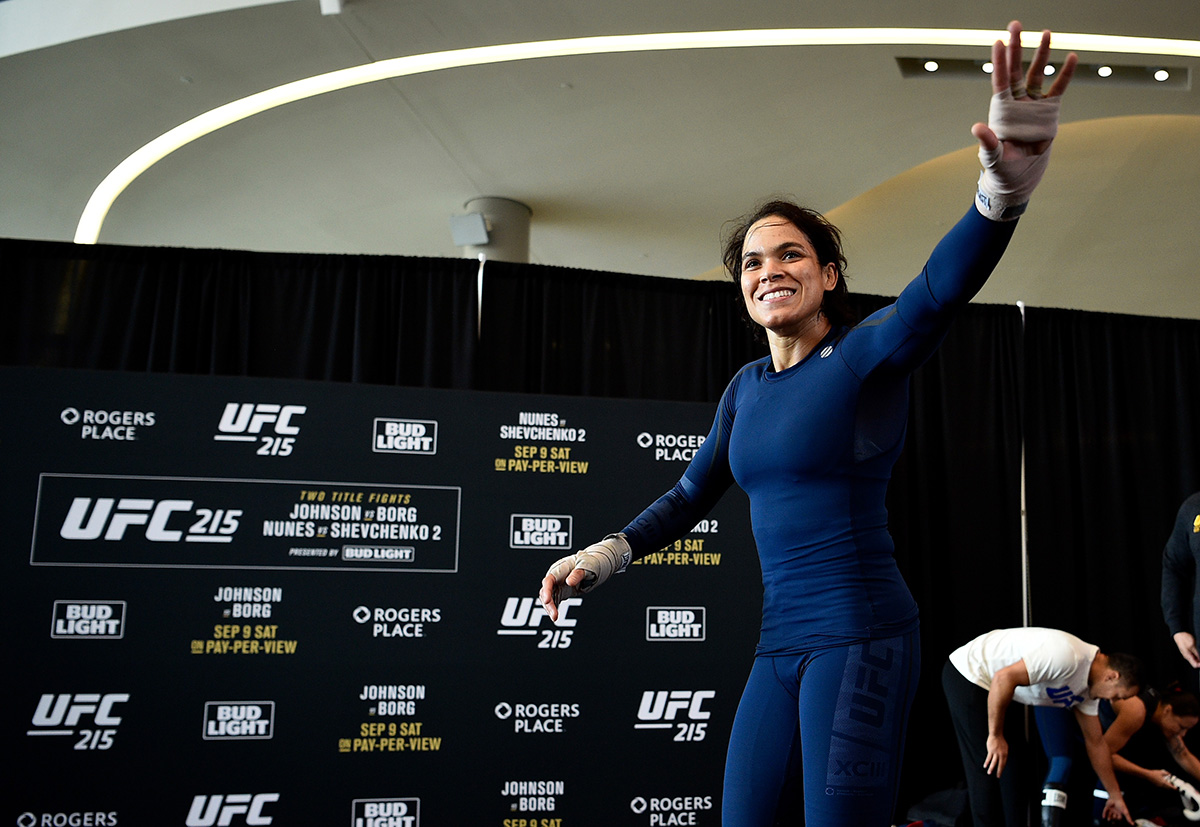 UFC commentator Jon Anik confirmed in April 2019 that the fourth installment of EA Sports’ UFC video-game franchise was under development.

At this point, the UFC games — even those from before the EA Sports era — don’t stand out from the ones before them. Of course, there are always ways to improve upon the previous game. Here are a few ideas to make a UFC game a better experience:

I first picked up a UFC game during the UFC Undisputed era under the now-bankrupt publisher, THQ. That series’ career mode had the same problem the EA UFC games do: monotony.

This is a problem for sports games as a whole, but the process of playing an MMA game goes like this: book a fight, train, fight, repeat. The only real differences over time have been the addition of social-media elements (which also get repetitive) and video elements featuring UFC Hall of Fame members, UFC President Dana White, and UFC personality Megan Olivi.

This not only hurts the replay value of sports games, but for those of us who choose to spend less time playing as we get older, playing a franchise we used to love has turned into a chore. It’s not a good sign when you question what you’re doing with your time during the first time through a game.

The answer to the career-mode problem is staring EA right in the face. The last couple of EA’s Madden NFL games have focused around a narrative, which is quite enjoyable. In building a sports star, it’s not just about what they do as an athlete. Fans need to be invested.

Is your character a naturally great athlete on the rise, like Jon Jones in his early days? Are they a journeyman fighter making one last run at glory? Do they have passion and little else, and so the story is about their development? Are they using fighting as their way out of street life, like we’ve heard several times with UFC athletes in real life?

Make the player care. Just know that one common criticism of the “Longshot” story mode and the NBA 2K series story mode is that it’s too cutscene heavy with not enough time spent playing the sport. Players do want a story, but they want it to be balanced.

The story must be coherent, but not necessarily linear. I recently played the Batman series from Telltale Games. The thing I liked most was having the game’s ending adapt to choices that were made during interactions with other characters. Grand Theft Auto V has three different endings. Something similar can be done with a UFC game beyond the experience concluding with the character achieving the standard goal of being the “G.O.A.T.”

After the character’s fighting days are done and they enter the Hall of Fame, players could choose if the character joins the UFC broadcast team. Or the UFC’s front office. Or the Performance Institute. Or maybe the character opens a gym that produces the next champion. You choose.

The game play wouldn’t continue beyond getting the new gig, but each option could come with differing amounts of in-game currency or rewards to be used in other game modes.

This next point is a little more depressing, but the newer UFC games have a longevity meter. If you take too much damage, your career ends early. Let that impact the ending as well, so players have to play smarter. Does your player have post-career medical issues? If you lose a certain amount on the longevity meter, you’ll get less end-of-game currency or rewards to fix your medical issues.

Perhaps the final option, which is unlocked after 100 percent game completion, including side tasks, could be for a player to go from fighter to promoter and replace UFC head Dana White, similar to other manager modes like the one in FIFA.

Fans of the pro-wrestling video-game genre have been clamoring for the return of General Manager mode since the last time it appeared in a game in 2008. In a UFC game, the mode could start with a video message from White about his retirement and handing the player the keys to the castle. From there, the player would work their way up to some kind of award or perhaps a multibillion-dollar sale of the company, just like in real life.

The EA series could use a new coat of paint. This starts before a player’s fighter is even signed to the UFC. In EA’s UFC 3, the fighter would fight in the now-defunct World Fighting Alliance (WFA) before they were signed by the UFC.

The WFA has served as the game’s regional promotion/developmental league since before EA took over the series. Meanwhile, the real-life WFA has been dead since 2006. It’s time EA Sports replaced it with the Legacy Fighting Alliance.

In 2019, the LFA signed on to have its events broadcast on UFC Fight Pass. The league is the only promotion allowed to use the Octagon. It has a similar logo design to the UFC, and it is in business with Adidas Combat Sports (the Adidas Group owns UFC outfitting partner Reebok).

Most importantly, around the time the LFA was formed after a 2017 merger, more than 100 fighters had been called up to the UFC, according to Bleacher Report. That number has only gone up in the years since. The game should make its D-League feel like a real one.

If the LFA can’t be added to the game, introduce Dana White’s Tuesday Night Contender Series instead. This could also replace The Ultimate Fighter reality show in the games. Players could still fight the same generic opponents, but with a more updated and relevant feel.

The Contender Series is also about action. Fighters don’t just win on the show and get signed to the UFC, and it should work the same way in the game. WWE 2K games have a match rating system. For EA’s UFC game, if a fight rates high enough on a similar rating system or a fighter gets a finish, then they win a UFC contract. If not, then they stay at the lower level for a while longer.

Prior to fights in the UFC, there should be a mental-warfare component that means something. EA should replace repetitive social-media banter with something similar to WWE 2K’s multi-option promo engine.

This mini-game would occur during build-up cutscenes, like press conferences, or on in-game episodes of UFC Embedded and during post-fight interviews. Winning a “promo battle” provides the character with a stats boost against their next opponent.

And if you think this is drawing too many comparisons between pro wrestling and MMA, here’s a question for you: Did the exchanges between Chael Sonnen and Anderson Silva or Conor McGregor and a number of his opponents not add more to their rivalries?

The game also needs to introduce the ESPN era. It should feature the ESPN and ESPN+ broadcast presentation for Fight Night cards. ESPN programming would also be featured in cutscenes, just like the NFL Network in Madden games. There should also be alternating fighters on commentary to reflect real life.

When you aren’t playing as Daniel Cormier, Paul Felder, Tyron Woodley, Dominick Cruz, or other current commentators, you should hear them calling the action alongside Anik (and Joe Rogan, if it’s a pay-per-view event).

All this is to say, it’s a new time in the UFC and in gaming with the coming release on next-generation consoles. It’s time for an upgrade in MMA gaming as well.