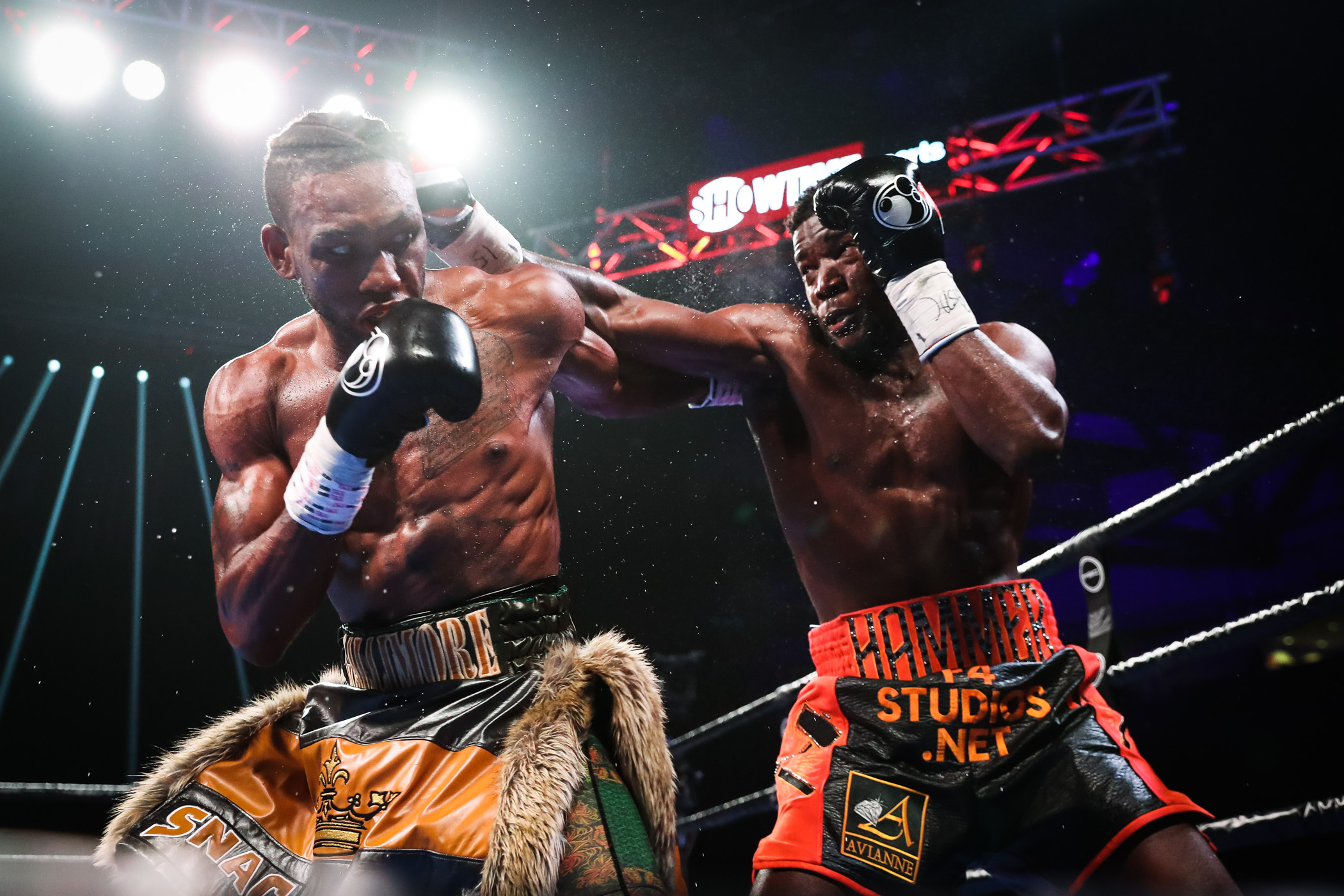 Since falling short of obtaining the welterweight title in 2017 against Jermell Charlo, Erickson Lubin has been out for redemption. He has a chance to move one step closer to this goal in a super-welterweight title-eliminator main event against Terrell Gausha on Saturday.

After being dealt his first professional loss by Charlo in the aforementioned title fight via a first-round knockout, the 24-year-old Lubin has gone on to rattle off four straight victories during a successful campaign in 2019.

His confidence has grown as he dictated the pace as the aggressor en route to a unanimous-decision win against Nathaniel Gallimore in October. He also dealt Ishe Smith the first stoppage loss in his 40-fight professional career that began in 2000 to kick off the 2019 calendar year.

“They blink and I’m No. 1 again,” Lubin said in a video posted to trainer Kevin Cunningham’s Twitter page. “This time I’m older, stronger, faster and wiser.”

When you have a setback don’t get bitter, get better! pic.twitter.com/DHJAjKCev8

One can argue that “The Hammer” has been performing well because his last four opponents were below-average competition. How the southpaw responds against Gausha will provide us a more accurate reading of his skill set, as a victory means that he will be the next in line to challenge Charlo after Jeison Rosario.

Former heavyweight champion Mike Tyson once said, “Everyone has a plan until they get punched in the mouth.” This is a mentality that Lubin brought in his first fight back in the ring after Charlo against Silverio Ortiz. It was Lubin’s lone fight of 2018, and he knocked out Ortiz in the fourth round at Don Haskins Center in El Paso, Texas.

In an interview with SecondsOut on Monday, Lubin was adamant in saying that his loss to Charlo when he was 21 years old did not break him.

Guasha, who burst onto the scene with international viewers in tow at the 2012 London Summer Olympics, never really met his equal in the ring until later in his career when he traded blows with Erislandy Lara for the light-middleweight title in 2017.

His status as a title challenger attracted the top dogs in the division. Most recently, Guasha held his own against welterweight linchpin Austin Trout. The judges ultimately ruled the contest between the two as a draw after 10 rounds. This was viewed as a questionable decision by fans and Gausha himself.

Gausha landed the cleaner shots and was the sharper fighter in this bout, despite a late and unsurprising surge by Trout, who has shared the ring with the aforementioned Charlo, Canelo Alvarez and Miguel Cotto in years past.

Matchmakers have pitted Gausha up against a southpaw fighter for the fourth straight time, which he sees as a welcome and necessary challenge to fight against the best.

The co-main event that will precede Gausha and Lubin is a 10-round featherweight bout between two orthodox fighters in former WBO featherweight title challenger Tugstsogt Nyambayar (11-1-0) and undefeated 28-year-old Cobia Breedy (15-0-0).

The fight night, which is hosted by TGB Promotions, is scheduled for Saturday, September 9, at the Mohegan Sun Arena in Uncasville, Conn. The telecast begins at 9:15 p.m. ET on Showtime with a 10-round welterweight bout between Juan Carlos Abreu and Jaron Ennis. The 23-year-old Ennis, who has notched 23 knockout victories, is looking to improve his record to 26-0-0.