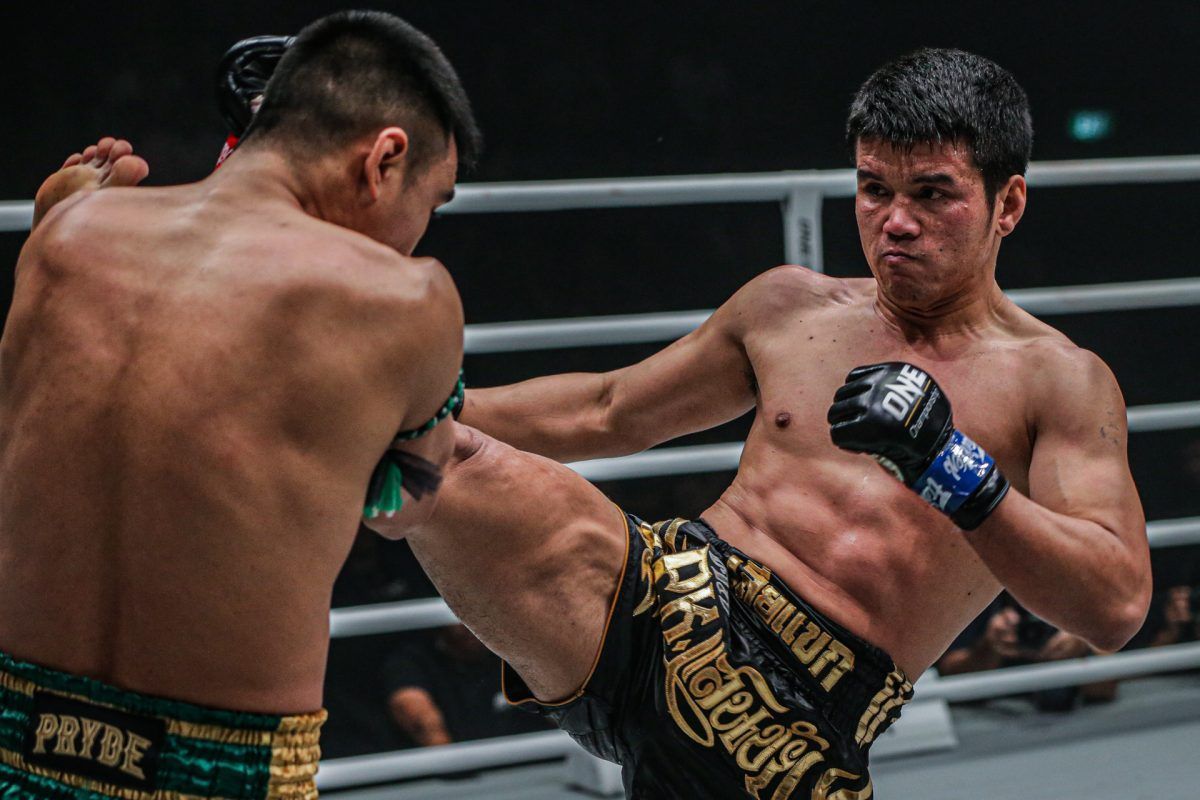 ONE Championship: A New Breed II Preview and Predictions

Pongsiri, a four-time Muay Thai world champion, is looking to record his first victory in ONE Championship after coming up short in his previous two attempts. He lost via unanimous decision to Petchmorakot Petchyindee Academy on February 7 for ONE’s inaugural featherweight Muay Thai crown. On August 14, he dropped a split decision to Sorgraw Petchyindee at ONE Championship: No Surrender II.

Clancy makes his ONE debut on a high note. He enjoyed perhaps the best year of his career in 2019, when he won the WBC International title in March and added the WBC super-lightweight strap in July. To top off his fantastic 2019 run, he was hailed as the WBC Muay Thai “Fighter of the Year.” Now, Clancy has a chance to continue his success into 2020 against Pongsiri.

Immediately preceding that main bout is a kickboxing battle between the sensational Superlek Kiatmoo9 and Fahdi Khaled. This is a significant fight for Superlek, a Muay Thai practitioner who will make his kickboxing debut this weekend. In his last outing, Superlek edged out the equally superb Panpayak Jitmuangnon at ONE Championship: No Surrender on July 31. Khaled is also fresh from a victory. “The Gladiator” dominated Huang Ding at No Surrender II on August 14.

The card also includes one more Muay Thai fight and three MMA battles. The Muay Thai match features the promotional debut of phenom Supergirl Jaroonsak Muaythai, who is set to clash with Milagros Lopez of Argentina.

On the MMA side of things, Brutch Buapa of Thailand meets Brogan Stewart-Ng of Australia in a catchweight bout. Earlier in the evening, Abu Muslim Alikhanov of Russia faces Pascal Jaskiewiez of France in a lightweight match. The opening fight pits Witchayakorn Niamthanom of Thailand against Khalid Friggini of Morocco in a lightweight contest.

ONE Championship: A New Breed II takes place at the Impact Arena in Bangkok on Friday, September 11, with a start time of 8:30 a.m. ET. The show can be seen in its entirety for free via B/R Live in the United States and through pay-per-view on the ONE app worldwide.

Pongsiri PK.Saenchaimuaythaigym serves as the evening’s headliner opposite Sean Clancy. Will Clancy make a statement under the ONE banner and top Pongsiri?

Fans should expect this main event to bring it in terms of action and excitement. The 29-year-old Pongsiri is hoping that the third time’s a charm after his two previous appearances with the organization have resulted in close defeats. His pride as a multiple-time world champion in Muay Thai, plus his astonishing 153-33-11 fight record, suggests that he’ll come out smoking from the opening bell. One thing going for him is that this fight is in the bantamweight division, which is his natural weight class. His two previous appearances in ONE came at featherweight.

The fight’s not going to be a cake walk, however. Clancy is a force to be reckoned with in his own right. He enjoyed an incredible run last year and is going to try to top it with a win over a Muay Thai superstar in his promotional debut. “Clubber” would also like a good start to his ONE campaign, as he is the first-ever Irishman to compete in the promotion’s Super Series.

With a lot at stake, it will likely be three rounds of all-out war between these two men. Their fighting styles surely guarantee that outcome. Both fighters love to come forward and initiate the action, not content on waiting and countering. It should be a main event to remember, and Pongsiri will do just enough to claim the win.

This card also features the promotional debut of Supergirl Jaroonsak Muaythai. Can we expect big things from this Muay Thai practitioner?

This is one of the potential highlights of the card. Supergirl is the younger sister of emerging Muay Thai superstar Wondergirl Fairtex, but she’s a formidable champion in her own right.

The 16-year-old has already won a couple of championships — the Sports Authority of Thailand’s Nai Khanom Tom title, as well as the PAT 115-pound Muay Thai crown, both in 2019. Her record of 37-5-1 is impressive, especially at this early point in her career, and points to a bright future for her in Muay Thai and ONE Championship in particular.

Supergirl’s opponent, Milagros Lopez, is a 24-year-old Muay Thai champion from Argentina. Lopez might not be as highly regarded as her rival, but she is coming to her own ONE debut hoping to score an upset and start carving her own legend on the global Muay Thai stage.

This fight will make history. Supergirl is set to become the youngest fighter to ever compete in ONE’s Super Series, while Lopez will become the first-ever Argentinian female fighter to participate in the series. However exciting and filled with highlights as this fight will be, the prediction is for Supergirl to take her first step toward ONE greatness. Most likely, she’ll accomplish this feat through her trademark spear knees.

Is there anything significant on this card for MMA fans?

While the MMA bouts on this card can be expected to produce their own set of highlights, it can be argued that it’s not on the same level as the purely striking bouts featured for the night.

Prach “SuperBest” Buapa and Brogan “Broken Heart” Stewart-Ng are both set to make their MMA debuts on Friday. They both come from striking backgrounds — Buapa in Muay Thai and Stewart-Ng in Taekwondo and Muay Thai. “Broken Heart” has the edge in wrestling experience, which could prove to be the difference in the fight.

The second MMA affair of the night is an intriguing one. It pits a grappler against a striker in a classic clash of styles. Abu Muslim Alikhanov is a wrestler from Dagestan. He will face Pascal “MoneyP” Jaskiewiez, a Muay Thai fighter from France. It’s a race for the third win in their respective pro MMA careers, with Alikhanov currently sitting at 2-0 and Jaskiewiez at 2-1. It should be a tight match, but the Dagestani wrestler will snatch a close victory.

The opener features Witchayakorn “SuperBenz” Niamthanom of Thailand and Khalid Friggini of Morocco. While both men are set for their first respective fight under the ONE banner, Friggini is also competing in his first-ever MMA match. Their base styles are both rooted in striking, with Niamthanom employing a traditional Muay Thai style and Friggini having won a kickboxing championship in his native Morocco. The two men are fairly evenly matched, but Friggini’s more decorated career points to a hard-earned win for the Moroccan.