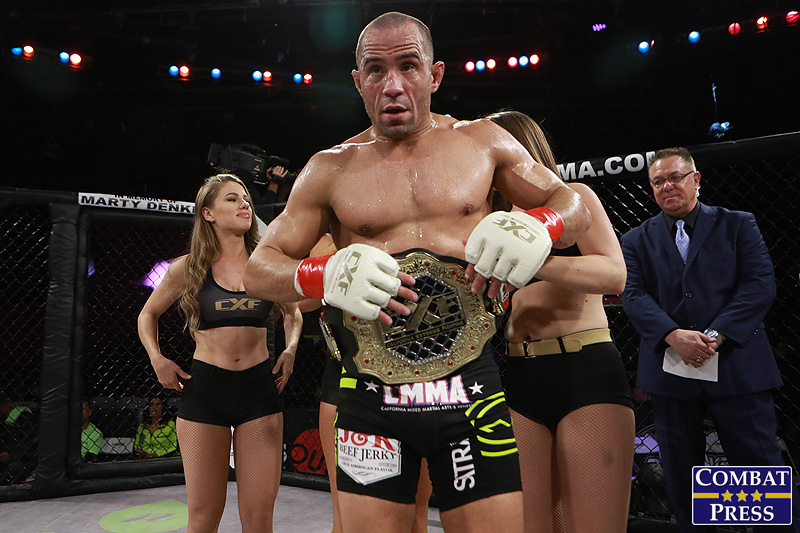 In the night’s top-billing, Dominic Clark took on Darren Smith, Jr. for the promotion’s lightweight title.

The co-main event also featured gold on the line as Michael Quintero battled UFC veteran Jack May for the heavyweight belt.

Below is a photo gallery of all the night’s action shot by Dave Mandel for Combat Press. Click an image for a larger version.