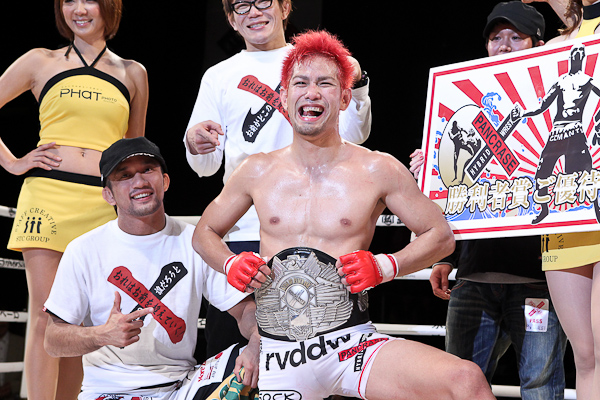 In the night’s co-main event, former King of Pancrase lightweight champ and Bellator veteran Isao Kobayashi attempted to win a second divisional title when he took on 25-year-old Koyomi Matsushima for the interim featerweight title.