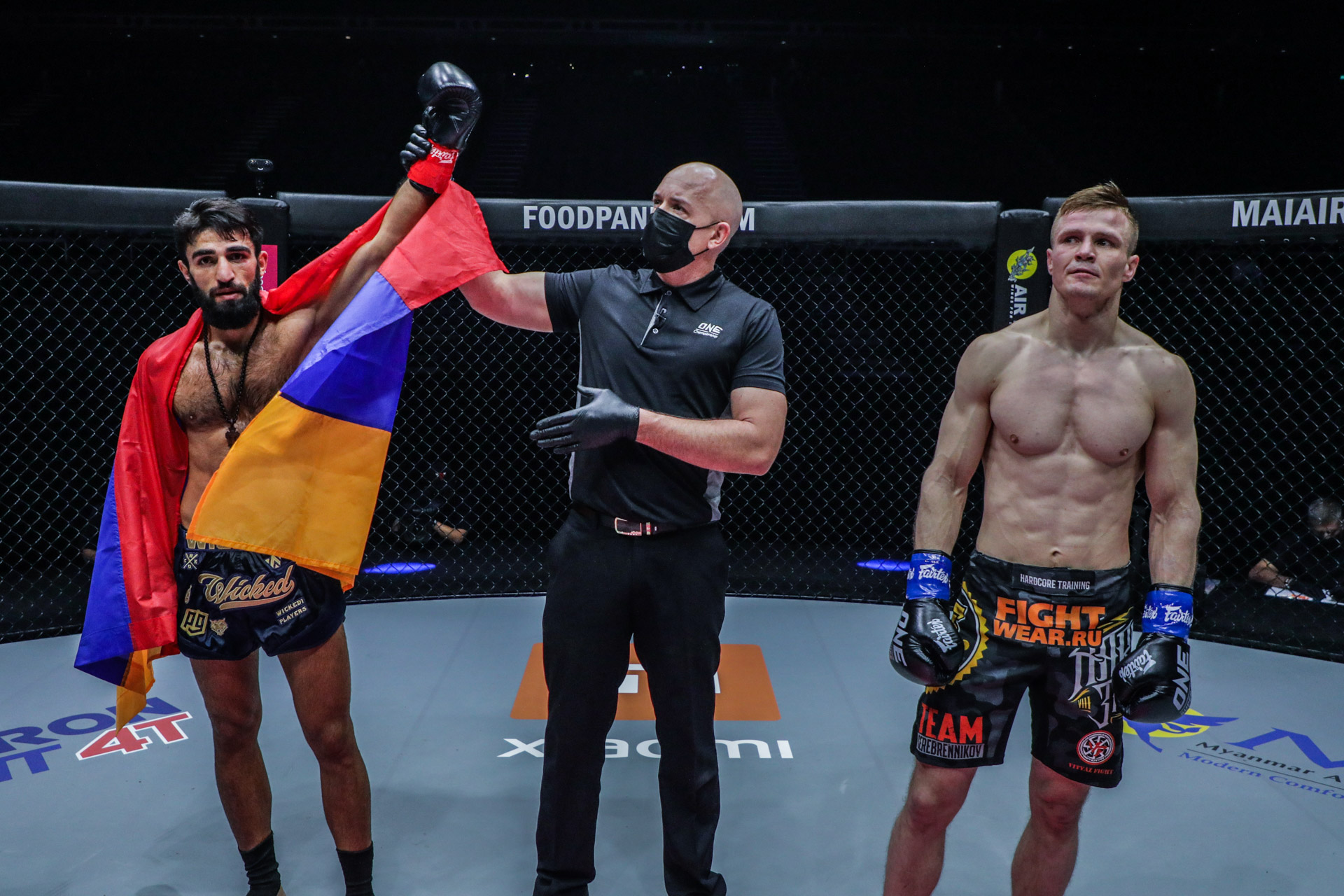 In the night’s main event, all eyes were on promotional newcomer and kickboxing star Marat Grigorian in his ONE debut. Grigorian had compiled an outstanding 57-11-1 record in his professional kickboxing career prior to his ONE debut, won multiple championships in various organizations, and holds notable victories over Sitthichai Sitsongpeenong, Superbon Banchamek, Christian Baya and Jomthong Chuwattana. The GLORY lightweight champion continued his legacy in ONE when he took on Russian kickboxer Ivan Kondratev, who looked to play spoiler in perhaps the most anticipated ONE kickboxing debut of the year.

The co-headliner was a featherweight clash in the MMA realm between Koyomi Matsushima and grappling legend Garry Tonon, who was making his sixth ONE appearance since March 2018. Matsushima had previously compiled a 12-4 record, including a 3-1 mark within ONE, and was most recently coming off a third-round TKO victory over Jae Woong Kim. Tonon entered the bout with a perfect 5-0 record in ONE.