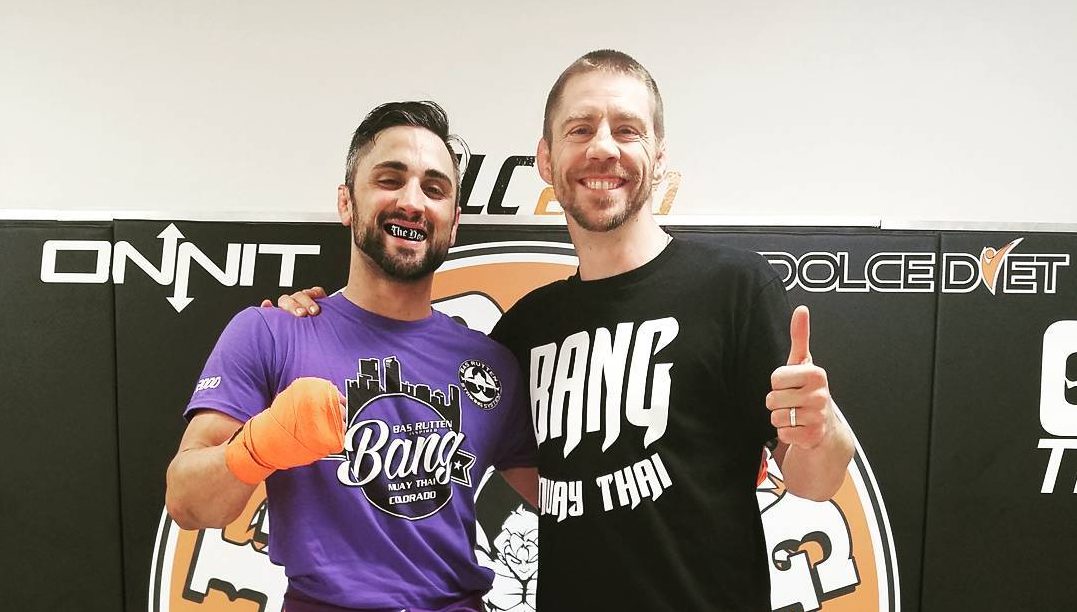 The legendary rock band Aerosmith wasn’t the same when guitarist Joe Perry quit the group in the late 1970s. Guns N’ Roses wasn’t the same when the famous lineup parted ways in the mid-1990s, but Axl Rose kept the band going with some nondescript musicians before finally welcoming back Slash and Duff McKagan a couple of years ago.

Similarly, Joey Banks wasn’t the same until he was reunited with his longtime coach, Duane Ludwig, in 2017. Banks did not fight during the previous four years. Instead, he addressed several injuries and jumped from gym to gym to gym, before coming back to work with Ludwig once again.

“He’s been a huge mentor toward my career,” Banks told Combat Press. “And he’s been there not just for fighting, but life in general. He’s helped me a lot with my striking and pursuit. I used to hold a lot of things back, but now I just let my hands go.

“He’s also taught me a lot about respect and how to take care of everybody. It’s also the focus that we both have. It’s a great atmosphere, and I always want to learn more and not just do reps. It’s all about what’s new and what else can we do. He just has so much education.”

Banks’ competitiveness and desire to learn started at an early age. He grew up competing in gymnastics and football, among other sports. Banks went to college with the intent of playing free safety, but ended up dropping out after doing a little too much of what most college students like to do — party.

“I wasn’t big enough, but I liked to hit people,” Banks said of his football career. “I also had been doing boxing since I was 16, and my brother saw me in the gym and told me I was going to do that.”

Banks began his pro MMA career in 2012. He went 3-1 in his first four fights before his hiatus, with all three wins coming by knockout or submission.

“I don’t like decisions,” Banks said. “I don’t want to leave it in someone else’s hands, so I don’t know what’s going on. I want to entertain and get a finish.”

Banks didn’t find it that difficult to readjust to MMA competition after returning last year. He joined up with his old training partner and former UFC fighter Tony Sims in the Colorado-based Paramount MMA.

“We sparred together multiple times before, and he knows what I bring to the table,” Banks said. “Paramount brings in the fans and it brings great match-ups.”

Banks, who sports a record of 4-2, won his Paramount debut last year with a first-round knockout. Now, he will face Youssef Zalal, who is undefeated through three pro fights, at Paramount MMA: Contenders on Friday, March 16.

“I’m going to let everything go,” Banks said. “He’s a great striker and he comes from a great gym and he’s an undefeated pro, but I’m looking to ruin everything for him. I’m going all the way to the top, and I’m going to move people out of the way.”

One of the biggest lessons Banks has learned from his time training with Ludwig is to be consistent in his daily life. Banks juggles a full-time day job as a welder along with his fighting career and raising his 2-year-old daughter with his wife.

“Regulating my time begins with my wife,” Banks said. “She understands that we have bills to pay, and being a welder pays the bills.”

Reunited with his longtime coach and surrounded by family, Banks should continue to weld together a promising career.