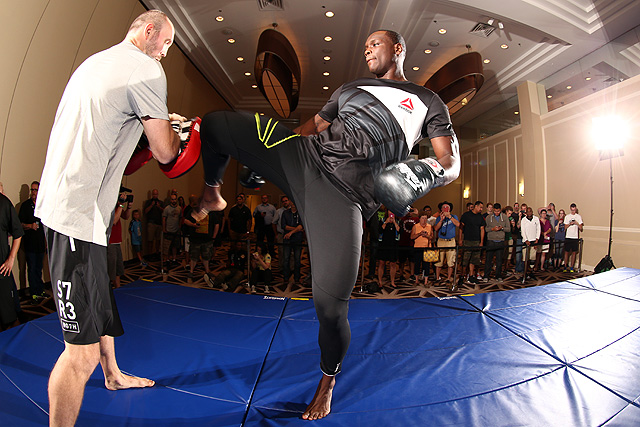 In the night’s main event, former interim light heavyweight title challenger Ovince Saint Preux clashed with former middleweight title challenger Yushin Okami. Saint Preux was originally slated to rematch former champion Mauricio “Shogun” Rua, but the Brazilian was forced off the card. “OSP” was coming off a second-round submission win over Marcos Rogerio de Lima in April. Okami, meanwhile, returned to the Octagon for the first time since 2013. The veteran fighter rides a four-fight winning streak into the headlining affair.