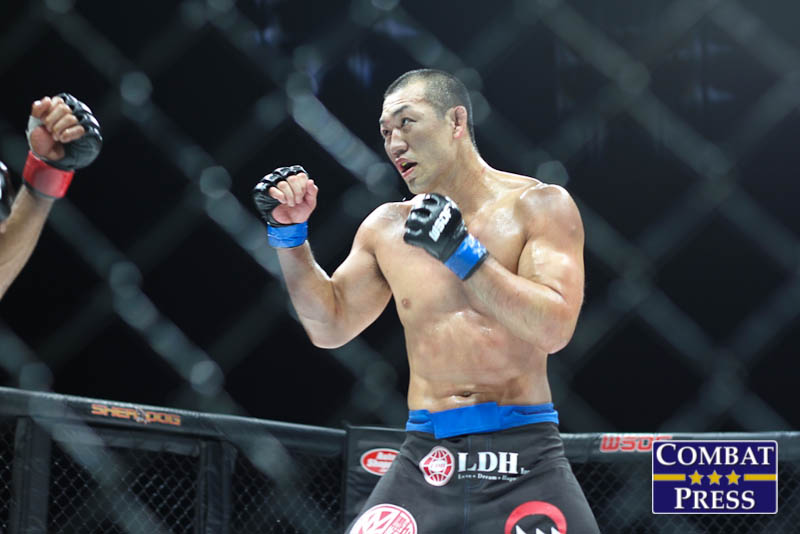 ONE Championship stars Yushin Okami and Aung La N Sang have been looking to face each other for quite some time – now they finally have a date for their long-awaited meeting.

At ONE 163: Akimoto vs. Petchtanong, scheduled to go down on Nov. 19, the two veterans will collide in a middleweight contest inside the Singapore Indoor Stadium.

At the event’s press conference, Okami spoke about how he was pleased to finally have a match with the former two-division ONE world champion. After three years away from action, the 41-year-old warrior is ready to show the world that he is still beating Father Time against a challenging and dangerous opponent.

“I am honored that he really accepted the offer to fight and that ONE put this match together. But this is the fight, and it is impossible for me to beat him without giving it everything I have. I think I will put [everything I learned in] my entire martial arts career to use in this fight,” Okami said.

“The Burmese Python” has been a regular face inside the ONE Circle for nearly a decade and has achieved incredible success throughout his tenure. The 37-year-old has shown no signs of slowing down, and Okami sees his ever-evolving skill set as the perfect opposition for him to showcase the strides he has made in his own game.

Perhaps more importantly, the bout will be an opportunity for both men to shine on the marquee once more and try to push forward to the top of the division with the new year just around the corner.

Okami is motivated by that, but overall, he is looking forward to showing the world the hard work he has put in for this particular matchup.

ONE 163 airs live on watch.onefc.com at 5:30 a.m. ET on Saturday, Nov. 19, from the Singapore Indoor Stadium. Tickets for the event are on sale now at Ticketmaster.