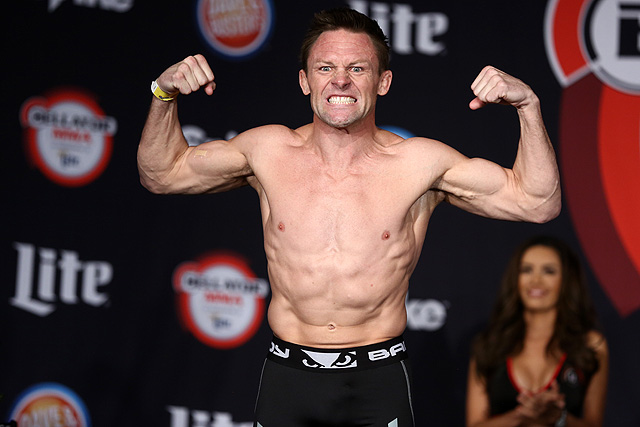 On Thursday, Sept. 24, Bellator MMA will host the weigh-ins for its 143rd event which takes place Friday, Sept. 25, from the State Farm Arena in Hidalgo, Texas.

The main event features a bantamweight clash between former two-division titleholder Joe Warren and hard-charging veteran L.C. Davis. Warren will be looking to right the ship after losing his bantamweight title to Marcos Galvao at Bellator 135 in March. The submission loss snapped a five-fight winning streak for the wrestling stalwart. The WEC veteran Davis, meanwhile, earned his third straight win inside the Bellator cage at the same event with a decision win over Hideo Tokoro in a “Fight of the Year” candidate.

In the co-main event of the evening, a pair of former title challengers meet in the middleweight division as UFC veterans Kendall Grove and Joey Beltran lock horns. Grove suffered a fourth-round TKO loss to Brandon Halsey in May to move his Bellator record to 2-2. Beltran bounced back from a title defeat to then-light heavyweight champion Emanuel Newton, with a contentious decision win over Brian Rogers in his middleweight debut.

The event kicks off Friday with a preliminary card stream on Spike.com at 6:30 p.m. ET. The four-fight main card follows at 9 p.m ET on Spike.

The fighters hit the scales at 6 p.m. ET. Below is a live stream of the action (courtesy of Bellator MMA), while the results appear below.