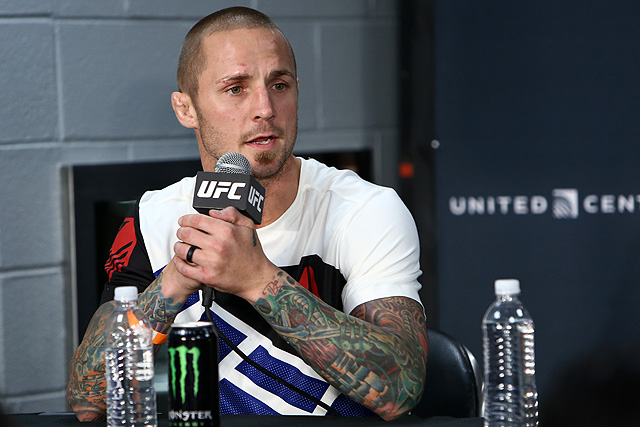 A standard MMA career arc is often defined by a handful of peaks and valleys. UFC fighter Eddie Wineland is no exception.

The former WEC champ was, at one time, one of the best 135-pound fighters in the world. However, few fans remember those days. Wineland has a prime opportunity to remind them just how good of a fighter he can be at this weekend’s UFC Nashville card.

Beginning his career in the proverbial Dark Ages of MMA in 2003, Wineland has seen the sport undergo a number of changes. His career didn’t get off to a great start. He went just 2-2-1 in his first five fights. However, from 2005 to 2007, Wineland was unstoppable inside the cage. During his impressive winning streak, he scored a head-kick knockout of Antonio Banuelos at WEC 20 to become the promotion’s first bantamweight champion. After dropping the title to Carson Beebe, Wineland went on another hot streak to set him up for a fight with Urijah Faber in his UFC debut.

While Wineland found great success in the WEC, his UFC run was a mixed bag of results. He lost to Faber in his first Octagon outing and Joseph Benavidez in his sophomore appearance. He also fell against Renan Barão. On the other hand, he scored impressive knockout finishes of Scott Jorgensen and Yves Jabouin. Yet, his losses to Johnny Eduardo and Bryan Caraway made it look as if Wineland’s MMA career was coming to a halt.

Although he’s only 32 years of age, Wineland has seen his fair share of action inside the cage. With 36 fights, Wineland has plenty of wear and tear on his body. This wear and tear eventually caused Wineland to sit on the sidelines for over a year after Eduardo broke his jaw in their bout. After contemplating whether to continue, Wineland returned to face rising contender Bryan Caraway. He was noticeably off his game that night, though, and suffered a defeat. However, there’s certainly no shame in losing to one of the best bantamweights after a year on hiatus.

Undeterred by the loss, Wineland rebounded in a big way by defeating Frankie Saenz via technical knockout and then finishing fellow veteran Takeya Mizugaki. The impressive showings have once again put Wineland into position to become a legitimate contender in the UFC’s bantamweight division. To think, just a few years ago Wineland was nothing more than an afterthought in the division. Now, he’s on the cusp of becoming a top-5 ranked fighter. This is a true testament to the heart of the Indiana native. It also likely didn’t hurt for the veteran fighter to step away from the sport to allow his body to recover from 10-plus years of fighting.

Wineland’s phoenix-like rise from the ashes will have perhaps its most difficult chapter on Saturday night when the former WEC champ meets John Dodson. Dodson is not only a heavy hitter, but he’s also among the fastest fighters in the sport. The good news for Wineland is that he has plenty of experience against top-level fighters to draw on. Dodson will likely enjoy the physical advantages, but Wineland come combat those with his veteran savvy and equally powerful punches. Few fans remember Wineland’s days at the top, but he can certainly remind them on Saturday night that he’s no afterthought.