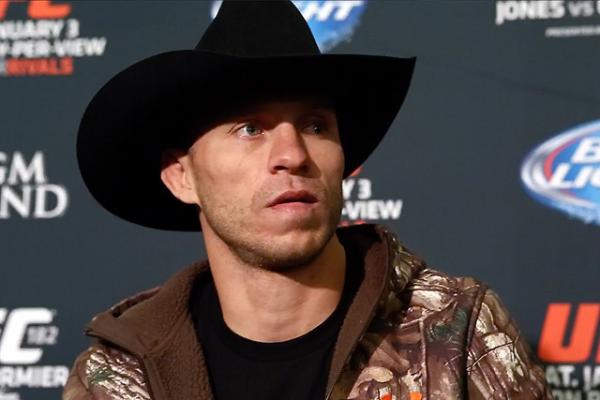 If there’s a list of things that are dreaded in MMA, weight cutting is certainly at the top of the list. Depleting one’s body and getting just 24 hours to re-hydrate is part of the deal that fighters sign up for. While some fighters make a decision to cut down to a weight that takes too much out of them, others decide to go back up a weight class and reinvent themselves.

A perfect example of a fighter making the smart decisions with weight management is Donald Cerrone, who was at the top tier of the game at lightweight before he made the move to welterweight. In his final fight at lightweight, Cerrone was finished at 1:06 of the first round by champion Rafael dos Anjos. Following the fight, Cerrone announced he’d be moving up to welterweight. His career has seemed to take a rise since.

Cerrone was 28-7 when he announced the move up in weight. He has since gone on to win his first four fights at his new weight class. With three knockouts and one submission to his record since moving up, Cerrone has looked like the best possible version of himself as a fighter and has quickly climbed the rankings in his new weight class.

With wins over Alex Oliveira, Patrick Cote, Rick Story and, most recently, Matt Brown at UFC 206, Cerrone is currently listed as the No. 5 welterweight in the UFC and will take on No. 12-ranked Jorge Masvidal at UFC on Fox 23 in Denver on Jan. 28.

The class of top welterweight fighters ranked ahead of Cerrone includes Demian Maia, Robbie Lawler, Carlos Condit, champion Tyron Woodley and Woodley’s upcoming opponent, Stephen Thompson. With the futures of both Lawler and Condit up in the air, Maia would seemingly become the next in line for a title shot against the winner of Woodley/Thompson, which takes place at UFC 209.

If Cerrone continues on his undefeated path and gets another stoppage against Masvidal, then it would be hard to argue against a title shot for Cerrone. While it could be likely that one more fight would need to take place against a top-five opponent, the “Cowboy’s” performances inside the Octagon have been masterful since he moved up to 170 pounds. If he puts on another impressive showcase against Masvidal, then a title shot could be next.

Cerrone has never been one to pass up a fight. He is one of the most active fighters in the UFC, so his continued activity and mindset to fight anywhere, anytime, against anyone, makes him easily marketable. Previously, Cerrone agreed to a fight against Lawler at UFC 205 before Lawler pulled out of the fight. The pairing of Cerrone and Lawler should certainly be reconsidered following the fight against Masvidal, provided “Cowboy” wins.

Since he’s decided to make the jump and move up a weight class, Cerrone has not only reinvented himself, but he has become the best possible version of himself as a fighter. His performances have looked nearly flawless, his body seems to be in much better shape, and his outgoing personality will only help make the welterweight class even more enjoyable to watch.

Most fighters believe they know what’s best for their body, but once performances begin to taper off, making a smart decision in weight class could not only help a fighter physically, but it could lead to the best possible career opportunities. Just ask Donald Cerrone how that’s working out for him.