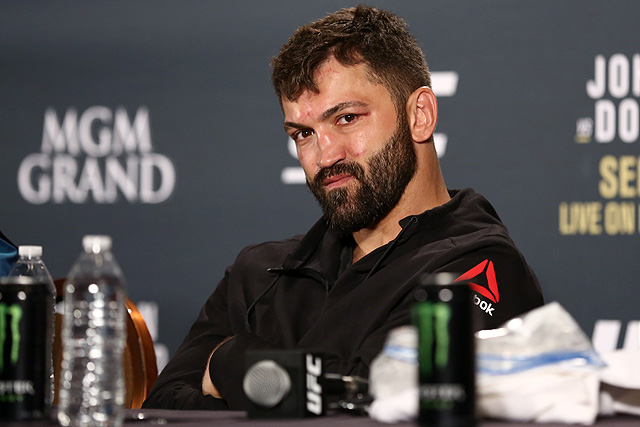 On Saturday, Sept. 3, the UFC will host UFC Fight Night 93: Arlovski vs. Barnett from the Barclaycard Arena in Hamburg, Germany.

In the night’s main event, former heavyweight titleholders Andrei Arlovski and Josh Barnett lock horns. The 37-year-old Arlovski will look to snap a two-fight skid. After reeling off six straight wins, the Belarusian has suffered back-to-back knockouts against current champion Stipe Miocic and No. 1 contender Alistair Overeem. Barnett, meanwhile, will also aim to right the ship after being submitted by Ben Rothwell in his last outing. The Pride and Strikeforce veteran has gone 2-2 in his four Octagon appearances since returning to the promotion in 2013.

Above is live video of the event’s post-fight press conference which kicks off approximately 30 minutes after the main event between Arlovski and Barnett comes to a close (courtesy of the UFC).